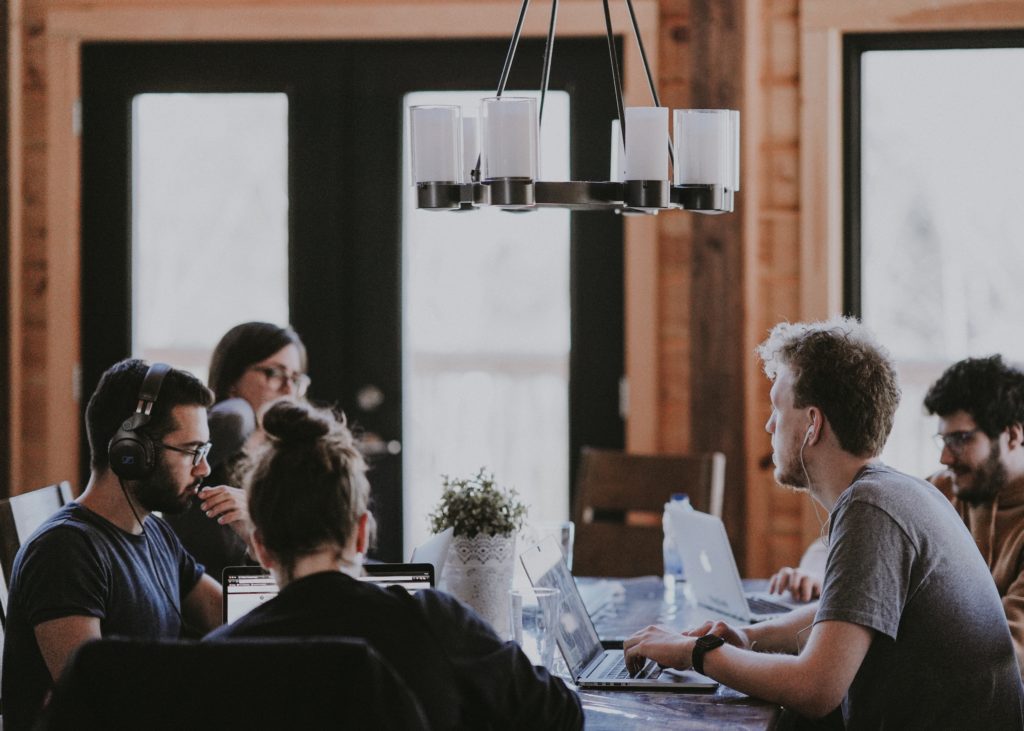 The horror stories we hear from friends-of-friends, movies, and news give us an idea of what working with men is like. But, like many things, encountering it IRL may feel different. Like me, you may find yourself asking, Why did I just do that?

Here are some things working in a male-dominated work environment has actually taught me.

Disclaimer: I work in an office environment with no reasonable chance of physical danger. I have enough savings that I could handle a few months of sudden unemployment. Others may have different circumstances and needs.

Early on, I found myself avoiding asking questions. I pictured my superior muttering, “You should know how a server works.” I was scared of them judging me. One weekend, I worked a side gig led by a woman, and I noticed I felt much more comfortable asking questions. That’s when I realized I wasn’t asking questions at work because they were men. Now, I try to push past that fear of judgment and ask what I need to.

2. You don’t need to laugh at all their jokes

Most of the time, I appreciate my coworkers’ banter. It makes work more fun. You know what’s not fun? Making a #metoo joke. The context was there and the sarcasm was clear, but I wouldn’t go there and I don’t want to laugh if you go there. That being said, with my deep-seated people-pleaser tendencies, I chuckled. I felt ashamed. Next time someone made a related joke, I sat there tight-lipped in awkward silence until they left. And you what? It felt better.

3. But, conversation is nice and fun

It’s simultaneously heartwarming and stressful when my male superiors try to make conversation with me. I appreciate the effort and it makes me feel like part of the team, but I also want to impress them. With time, I was able to relax more. It sounds straightforward, but if your coworkers are constantly cracking each other up, and your version of a joke is giving the dog a sip of coffee, you may overthink it. Generally, they’ll just appreciate your effort, too.

4. Make coffee if you want coffee

At first, I avoided making coffee because I didn’t want to become the office caretaker cleaning up after everybody. The struggle: I am straight up addicted to coffee. I was so thankful for the coworker who made the coffee. Then I discovered that coworker didn’t even like coffee. He drank tea. He just made coffee because everyone else liked it. That was when I started making the coffee. I still let my coworker take out the trash, though.

5. Ask for help or time if you need it

The first time it seemed like I wouldn’t hit a deadline, I freaked out. I ranted to friend about how they’ll think I can’t cut it. I went to my supervisor with my tail between my legs and explained how I was a bit behind. He gave me a few extra days and it wasn’t a big deal. It was like an enormous weight was lifted, and I regretted fretting about it so much.

6. It’s not you, it’s work — dealing with disappointment

Months later, with many successful assignments in between, it seemed like I wouldn’t hit a deadline again. A dozen things had gone wrong. I went to my supervisor, expecting it not to be a big deal again. He was disappointed and pushed me to make it work. That’s when I really freaked out, because I knew for those dozen reasons that it wasn’t going to work. Talking it out with a friend, I realized my superior had his own deadline and someone he would disappoint, and it was probably more about that than me. I made a last-ditch plan, executed it, and failed to finish. I showed my superior and he gave me an extension. I remembered situations where my coworkers faced similar barriers to finishing projects, and so easily passed off responsibility to the dozen reasons it wasn’t working. Doing that didn’t feel right to me, but to say it’s all my fault would be putting too much blame on myself. It’s a balancing act.

7. Competition is a little useful, and a lot destructive

There are about three people in similar positions to mine at work. Whenever one of them receives praise, a green monster flairs up inside me. On the one hand, it motivates me. On the bigger hand, it makes me feel small, incapable, and resentful. If you try to push it down, it’ll only come up later unexpectedly. I write the thought down. Getting it physically out of my head makes me feel acknowledged and lets me see it more clearly.

A coworker in the same position as me is a woman. Mostly, she’s friendly and talkative. Sometimes, she’s condescending, cold, and exclusionary. For a while, I thought the bad bits were in my head because of society-trained-female-competition. But, after discussing some of the situations with my therapist, I think that’s just her. My therapist advised I pick my battles. I had previously forfeited every “battle” for fear of seeming catty. One day, she wasn’t CCing me on emails related to the assignment I was working on. I asked her if she would and she said she didn’t feel comfortable as our superior had initially only CC’d her. I asked my superior. He seemed surprised I wasn’t already and CC’d me.

You may notice that many of these also apply to dealing with anxiety in any workplace. Perhaps that’s really what working in a male-dominated environment does, just ups the anxiety a bit.

A coffee-loving, independent filmmaking Canadian. Sara works in post-production and enjoys videography side-gigs. She completed a business degree before pivoting into a creative industry and revels in spreadsheets. Like many a millennial, she likes travel, pop-up events and checking her Instagram way too often. She’s also a comic nerd, feminist, and enthusiastic cook.