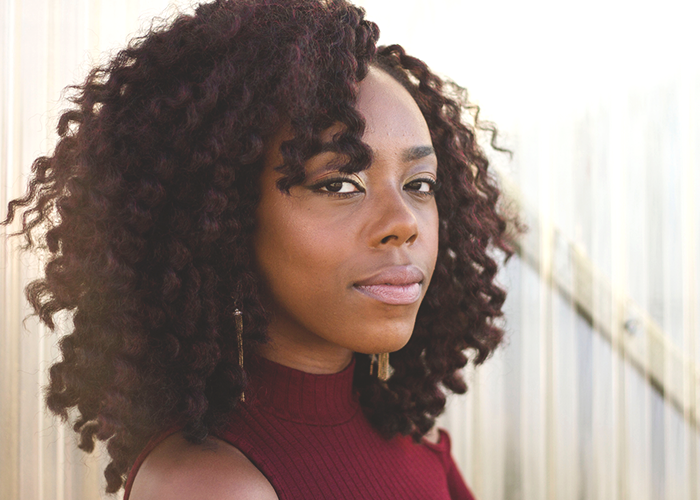 My first six months as a manager looked something like the high school years of a teenage girl: lots of ups, way more downs, and me trying to not break down on a daily basis.

I had come into my role as a manager never having management experience before, and suddenly, I was in charge of 10 individuals who were looking to me for all the answers. I had NO idea the challenges and time that came with that, and I will be the first to admit that I struggled with it. All of it. The constant interruptions. The questions I didn’t have answers to. The small problems that seemed so petty but you still had to resolve. When I say that I had to hold back many tears those first few months, I’m not lying.

Because here’s what I didn’t know that I know now: managing is tough. It’s a completely different beast than what you’d expect, and one that at times isn’t easy to tame.

I’ve since come up for air from those first few months of just trying not to drown, and am slowly starting to learn how to tread the waters of my new position. And in doing so, I want to share with you the top eight lessons I’ve learned as a new manager that will help you kill it when you get into the same role yourself.

1. Understand You Can’t Do It All

In my previous position, I was a worker bee, meaning every day I was able to put my head down and get s#@! done. And a lot of it at that. However, I soon learned that as a manager, you have to take the time to actually manage, which means that at least in some aspects of your job, you have to get out of the trenches.

Learning to prioritize and delegate your responsibilities is probably one of the most challenging but necessary aspects of any managerial role. You will get many requests thrown your way, but you need to be able to discern which ones take precedent and which ones can be put on the back burner (at least for now). And you need to know which ones you can do and which you need to take off your plate. As a manager, your function should be more to review than prepare, and you need to build a team you trust to enable you to do just that.

One of the greatest perks of being a new manager (besides the pay raise — you feel me) is that you have the opportunity to structure your department and build a culture as you see fit. And the best way to do this is to figure out your goals and set your expectations.

I am a firm believer in setting goals, not just for yourself but for your team. It gives you all a clear direction, a common mission, and a way to strive to simply bring more value to your company.

But don’t set goals that you can’t measure. Make sure that at least in some aspect they are quantitative with specific deadlines. It’s much easier to make a case that someone is doing a great (or not so great) job when you have figures to back you up.

Listen, you obviously became a manager because you’re intelligent and qualified, so yes, you could probably fix one of your employees’ problems in an instant and go on with your day. I’ve done this on more occasions than I care to admit, but here’s why that’s a problem:

Every time they have that same issue, they’re going to come to you to fix it and not deal with it themselves.

You know those constant interruptions I was talking about? Yeah, they kill productivity, and the more you can decrease those, the better. So instead of taking the quick route, spend a few minutes helping them understand both the problem and the solution. This way, they will be able to deal with the matter on their own going forward.

If you teach a man to fish, right?

The individual who had my role before me had been in the position for over 30 years, and as you can guess, she was pretty set in her ways. When I took on the role, it suddenly became an opportunity for change for my team, and I was instantly bombarded with requests for help with their problems.

Any change in management is a catalyst for change in the department, so yes, you will more than likely be in the same boat. Make sure you listen to what their problem is, take action to try to solve it, and follow through on completing it. You won’t be able to solve them all, but even making small steps to help will show that you are on their side. And that goes a long way in building morale in your team and their trust in you.

When I went into my performance review with my boss this year, the first thing he asked me was this: “What do you really want out of your job?”

It took me a bit by surprise, but now I see what a great move that was. Why? Because not only is it beneficial for him to know how to retain his employees, but it showed me that he was invested in ensuring I fulfilled my needs as well.

Showing your employees you care about them, their career, and their values is central to developing their trust and respect. Having a boss that’s invested in you means that you will also be invested in them, and that type of relationship is important to having a team that’s actually a team.

6. Learn How To Navigate Between Truth & Grace

A sermon I listed to a month ago touched on this balance between truth and grace, and I never found it more applicable than in the workplace.

People are going to make mistakes. It’s a fact of life, and when you get individuals involved in any process, it opens the door to human error. It’s when those mistakes become a pattern where this really comes into play and is so vital to being a great manager.

Like it or not, you’re going to have to give people a little truth sometimes. And many of those times, it’s a truth they don’t want to hear. They will cry, they will argue, they will get defensive, and you have to deal with it even if you don’t want to. That’s where grace comes in.

Grace is the shoulder on the other side of that road because when you deliver tough news, you also have to do it with a sense of understanding, empathy, and respect. Too much truth, and you’re considered harsh. Too much grace, and you’re considered a push-over. Finding that balance is imperative to gaining the respect of your team, and you need to find the middle of that road as soon as possible in order to avoid reinventing it later.

Unfortunately, becoming manager doesn’t mean you no longer have to do the things you hated about your previous job. You now have to do those and everyone else’s, too.

As a manager, you are now responsible for the success your department, meaning that when it comes down to crunch time, you will have to get off your horse and climb down in the trenches with the rest of your team. Your position doesn’t entitle you to no longer organize paperwork, file copies, or do busywork. Instead, you are the captain of your squad, and if something needs to get done, you may have to roll up your sleeves, order some dinner, and do it yourself.

Don’t worry — it’s beneficial for you, too. Not only will it ensure that your department performs to your standards, it also shows your team that you are committed to them as well. It will create a sense of loyalty and respect within your group, which will make it easier to navigate waters in the future.

Showing a little appreciation goes a long way. Building up employee morale is not only good for your relationship with your employees, it also can help productivity and the overall success of your team. So when you see your team doing a great job, working hard, and kicking a$$, buy them some donuts, order in pizza for lunch, or get them a free coffee from Starbucks. You wouldn’t believe how those little things add up in a big way.

Being a new manager is tough in so many ways, and the long hours, lack of confidence, and stress of a new position will try to knock you off the top of your mountain. However, my advice is this: hold on tight. There is a community of ladies (and gents) out there going through the same thing, and working through those kinks is one of the highest times of personal growth for you and your career. Take a deep breath and have a little faith in yourself. In six months, you’ll start to see the sun through the clouds again.