8 Wasteful & Un-Chic Habits That Are Costing You Money 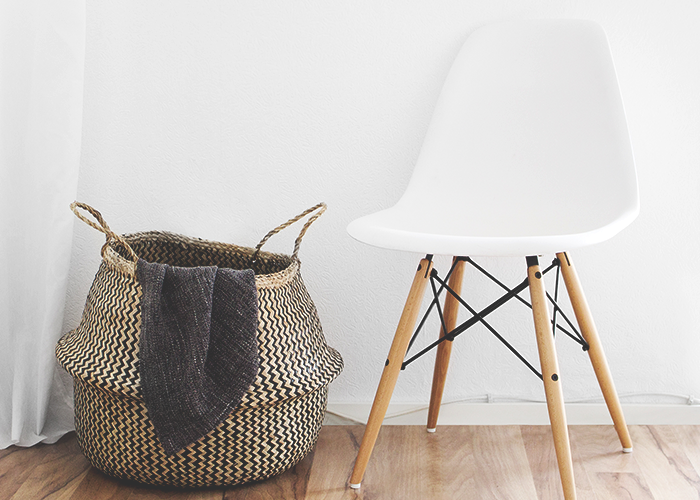 Contrary to the ever-popular belief that being kind to the environment means spending a ton of money on ~green~ products, there is a way to do it that often will actually save you money. And there is also nothing more un-chic than being a wasteful person — using more than we need, ignoring things we could fix, and throwing stuff out single-use are all frankly ugly habits. Doing things that are bad for the world around you, just because it might be a temporary convenience for you, is probably costing you money. Here are a few environmentally unfriendly (and definitely budget-unfriendly) habits you can drop today to clear your conscience and save you cash.

It is super easy to let it slide that your sink is gently leaking, because it feels like it doesn’t affect you in any way. But those little drips of water add up, and cost you (and, you know, the world) a lot. I am speaking from experience; my sink decided to play this game on me this week, and I’m embarrassed to say that I waited way too long to acknowledge it after I noticed it was happening. Here’s a convenient calculator to figure out how much it’s costing you to be lazy and ignore it.

I thought I was being savvy as heck and “kicking my bad coffee-buying habit” by buying a huge package of paper coffee cups with lids. That way, I figured I could have the portable, disposable coffee cup I so desired, without spending $4 at Starbucks every morning. Well, while the expense is certainly a lot less than buying a cup at a coffee shop every day, it still is considerably pricier than using a thermos

or commuter coffee mug, in addition to being terrible for the environment. Once I finish the package I bought, I’m never doing it again.

Duh. I don’t even feel like justifying this one with an explanation, because it is nothing you haven’t heard before. But that doesn’t make it any less true. Waify celebrities might try to convince you that it’s extremely chic to smoke, but it’s both bad for you, and bad for the world around you.

I wrote recently about what I’ve done to save money since school started, and one of the biggest and most significant things for me has been carpooling. I live about 30 minutes from my university, so that’s an hour of driving both ways every friggin’ day. My brother and I are lucky that our schedules match up a few days a week, so we carpool as much as we can now. I have tried to calculate how much my commute costs before (somewhere around $6 each way), so this is a habit that is definitely capable of saving you big bucks. Bonus points for the fact that carpooling is a great way to get some cars off the road and be kind to Mother Earth.

5. Sticking your nose up at leftovers and throwing away good food.

Buying, cooking, and then not eating food is one of the most wasteful things I can think of in every sense of the word. My boyfriend is hella passionate about this, and reminds me constantly that I should only order, cook, and serve myself the amount of food I’ll actually eat, lest I be a wasteful bag of shit and throw it all in the trash (like I used to, a lot). He’s really gotten me thinking about what a terrible habit that was, so now I make sure I only buy what I will eat before it goes bad, only cook what I know I’ll eat (or what can be packed up

and eaten the next day without getting gross), and only serving myself portions of food I’ll eat (so I don’t mush them around/get condiments on them that render them unfit to be kept as leftovers).

It’s probably one of the most un-chic habits we have as a society — about a third of food in America goes wasted every year, because we’ve gotten used to treating it as trash as soon as we’re no longer interested in it. When people side-eye us for our wasteful habits, this is probably the biggest one we’re guilty of.

This is the most obvious thing people speak of in the ~go green~ movement, but I thought I’d mention it here just for the financial aspect. We know it is bad for the environment to not recycle, but it is also crazy to trash items that you could be turning in and making money off of. Every little bit counts, and a few cents here or there for your plastic bottles can really add up if you save a lot of them. But at the very least, it’s unacceptable not to be a vigorous recycler — if you go into someone’s house and they don’t have a recycling bin, feel free to scold them just a little.

7. Using paper goods basically any time other than when you’re having a barbecue.

I think a lot of people know this is a terrible practice, but a family I used to work for had a fat stack of paper plates on the counter that they literally used for everything, every single day. It used to piss me off so much, because besides being an insanely wasteful habit, they also were always complaining about how money was tight. (And it’s actually shockingly common for people to use paper and plastic goods to eat on a regular basis — the total is over 60%, which seems insane when you realize how expensive and wasteful it is, and frankly how un-chic to constantly be throwing unnecessary things away. Get a decent set of plates, we’re all adults here!)

8. Not taking advantage of your Costco membership (in the right way).

While it is sometimes tempting to buy 17 lbs of M&Ms, it is definitely wasteful to buy food in bulk and risk not being able to eat it all before it goes bad. However, a lot of products (toilet paper, tissues, cleaning products, sponges, etc.) can be purchased in bulk to save you money and reduce the waste that comes from packaging such products. Essentially, anything shelf-stable that you know you’re going to use a lot of, you should buy in bulk, especially when that means less packaging. Another great way to do this is to order these products online

to be delivered at regular intervals, so that you’re not constantly having to go to the store and make unnecessarily frequent trips (which result in, of course, the temptation to buy a lot of other stuff you don’t need.)