8 Women On The Biggest Financial Strain In Their Relationship 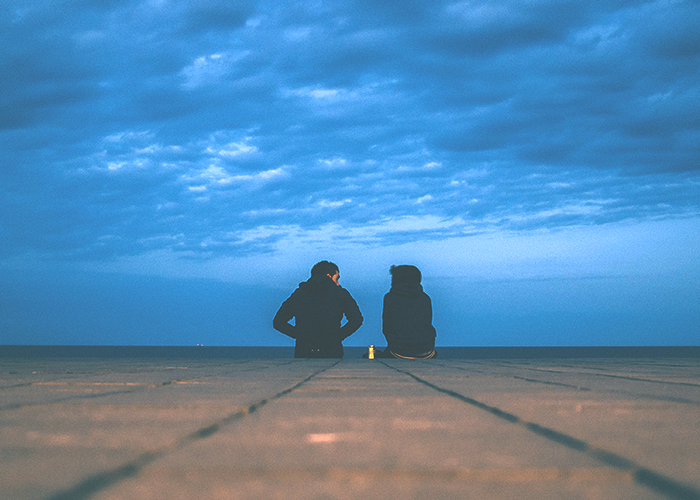 Every couple has their own set of issues — that much is obvious. It’s inevitable that when each person brings their own habits/quirks/behaviors/preferences to the table, some of them will annoy the other. The most tension-filled issue that plagues couples I know is money, hands down. There are a why couples fight about money, and when two people don’t see eye-to-eye on financial matters, it’s difficult to find common ground on decisions across the board. Money affects nearly every aspect of life, and when you live with your partner, financial decisions are ones that have to be made daily.

Personally, I struggle with being financially responsible whenever I feel overly stressed or busy. During these periods, I’ll make poor choices and grow lazy with grocery shopping, I’ll eat out more, and take more cabs/ubers than I should. These behaviors affect not only me, but my household as well. I want to do what I can to be better. I think it’s unfair if, in a relationship, the focus on financial health is unbalanced — I don’t want that tension to cause problems down the road. I want to see my relationship grow and strengthen in ways that feel fulfilling, so my fiancé and I can reach our financial goals, together. However, I know it can be a hell of a lot easier to simply say, “I guess these are just the way things are,” instead of “how much would my relationship/quality of life improve if I put in the work to promote real change.”

I wanted to gain insight as to what other couples disagree on, so I reached out to a few individuals to ask what the biggest financial strain on their relationship is. I think it’s useful when we are all more vocal about the things that bother us, and work hard to find productive solutions to those issues. You can read what nine women said about their own relationship with their partner, and their collective financial strain, below.

“I would say the biggest financial strain in my relationship is that my boyfriend is currently putting himself through graduate school. Obviously, this is a great investment in his career, and will hopefully end up being a huge financial asset, but right now, it means that I make more than him because he pays nearly everything he earns into school. It’s not a huge problem, of course, because I can certainly take care of my own expenses, and it has probably made me better with money because we cannot afford to go out very much. But, it is occasionally frustrating me that he can’t participate in events (weekend trips, group dinners with friends, etc.) that I might want to. As a solution, we’ve learned to talk openly about what each of us can and can’t afford, and I’ve learned sometimes the solution is that I go to the group dinner solo, and that’s okay too.” — Erin, 24

“For us, the biggest strain on our relationship is that I’m a bit of a food/brand snob, which I know is the worst. My boyfriend gets pissy when I shop at places like Whole Foods (or other health food stores that are pricier) because he can’t understand why I love that dang 365 brand.” — Jessica, 25

“The biggest financial strain is that I am not good at money management, pretty much period. So I will just give chunks of money to my SO to kind of make sure I can’t be an idiot about it, slash invest it or whatever. I know that this is not a healthy way to operate — god forbid that something happen to him — but he is just extremely savvy with money and very diligent, so it makes sense to hand off that control. But I hate having this dynamic sometimes where I make these rash decisions and he has to look at me like I’m Lucy and he’s Ricky and I’ve gone and gotten myself into more financial hijinx. I want to be equally responsible, but it’s so easy to default onto him that I don’t end up developing those skills.” — Natalie, 26

“Honestly, our biggest conflict is probably our desires to spend on travel. My boyfriend would prefer to drop thousands of dollars on a longer vacation, and I would much rather prefer to do a lot of shorter weekend getaway type trips. I love exploring local areas and taking road trips up to the mountains, but he finds them a bit dull. I really don’t like planes either, so it’s even tougher to convince me to spend money to fly someplace.” — Rachel, 27

“The biggest financial strain on my relationship, with my boyfriend of six years, is that he’s constantly spending money on the s t u p i d e s t  shit. He went out and leased himself a car that he simply cannot afford (if he wants to save or build up any kind of safety net). He’s turning 27 next month, but I swear, he acts like a child when it comes to money. Every time I look at that car parked outside, I think of all the sacrifices I make with regard to things I don’t buy (even though I want) and how much more he could be doing for our relationship, financially.” — Jenna, 31

“I’m going to make a long story short here, but the biggest strain on my relationship is that my husband and I don’t see eye-to-eye when it comes to making investments. I’m much more tolerant of risk, and he is not. I’d love to buy property and try and flip something to make a profit, but I don’t think my husband could handle the stress. This difference in opinion forces both of us to compromise on the things we want, which can be good, but it can also be a real struggle if you feel like the other person is holding you back or forcing you into something you don’t want to do.” — Erica, 30

“My boyfriend is a fitness fanatic and spends a couple hundred dollars per month on a very fancy gym membership. The splurging doesn’t stop there — he regularly purchases new workout clothes, orders pricey protein powders, and supplements online — it’s ridiculous. I understand that fitness is important to him, and it’s important to me as well. However, the longer we’re together the more I realize just how much it eats into his take-home pay. Yikes!”— Amanda, 28

“Ever since my boyfriend signed up for Amazon Prime, I feel like we have been getting boxes delivered every other day. Like, yes, I know that items are sometimes cheaper on Amazon than they are in stores, but I feel like having the Prime membership has just been an excuse to buy so much more shit than necessary.” –Stephanie, 26