9 People Share Their Strategies For Fixing An “Unfair” Salary 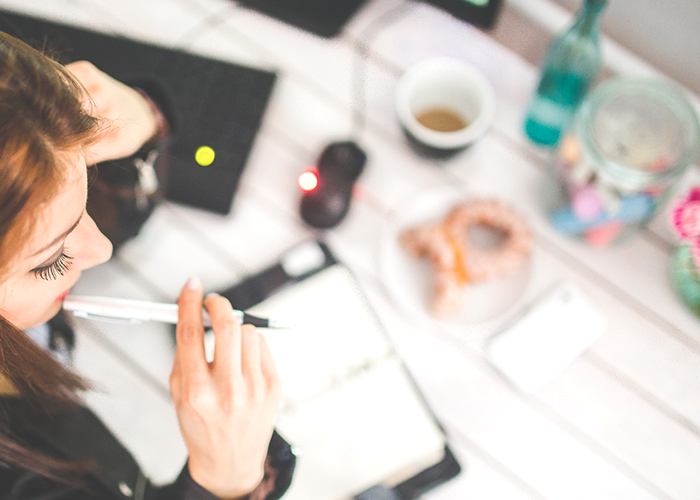 Just yesterday, I came across this kick-ass Reddit Personal Finance thread called, “Just found out my salary is lower than two of my co-workers who have half my responsibilities and workload. How do I proceed?,” and it was awesome to read through the extraordinarily helpful comments people wrote in. Reddit user MrMcFrenchToast talked about an issue he experienced (which I suspect a good deal of people can relate to) in the workplace, saying:

“Today I found out that one coworker who is basically my assistant and another coworker in my department who is responsible for 1/3 of the amount of work I do (and started after me) both make more than me. When can I reasonably approach my boss/upper management for a raise? How can I ask for a raise without throwing anyone else under the bus for making more yet being responsible for far less?”

It’s a super shitty feeling to find out that someone in this situation is paid more than you, and the knowledge is especially painful if you feel undervalued, overworked, and under-appreciated on your own terms. Of course, we don’t know the entire story behind the Reddit author’s story, but I think it’s safe to say that there are basic tenants of the asking-for-a-raise conversation which are fundamental to know. An article on Salary.com sets up 10 guiding principles to help you ask for a raise, one of which ties directly into MrMcFrenchToast‘s mention of not wanting to throw his colleagues under the bus in the process. Author Aaron Gouveia writes:

“Never, ever, ever compare yourself to another co-worker. It can’t be stressed enough how horrible an idea this is. First of all, it makes you look like a busybody and gossip hound for finding out a co-worker’s salary. Second, it makes you look petty and whiny, especially because it’s possible Sally has more education than you, was a better negotiator during the interview process, or has proven herself more than you have.”

#Wordsofwisdom. In addition to that article, there are a ton of great examples of how to start the raise conversation here and here. Chelsea also did a video called How To Get a Raise, which is definitely worth checking out for helpful tips. Below are just a few personal anecdotes from different commenters on how they suggest handling similar situations, but be sure to check out the entire thread for much more.

1. “The language here is important. You don’t want to say, ‘my coworkers are making more than me,’ or, ‘she does a third of the work I do.’ Show you’re serious about your career and working in a professional environment. Say something along these lines of, ‘I would like to ask for a formal six-month review. I’m eager to hear about my performance and how I can continue to improve. At that time, I’d also like to discuss salary equity and how workload and responsibility are aligned with compensation.'” — FeatofClay

2. “CAREFUL! While (the above) is nicely worded, when the rubber meets the road, they may drop some fancy language with the intent of making OP feel as if the money is just not available, or something to the effect of not giving them a raise. The OP should find out what the most common reasons for not getting a well-deserved, appropriate raise are, and some proper responses to it.

They may tell you something to the effect of, ‘we think your workload is already aligned with your compensation,’ and you need to be able to suggest why you disagree, and be prepared to call bluffs that bounce back.

What I’m trying to say is, this nicely-worded opening is indeed well written, but it’s effectively just the cover letter to the interview that may follow. You still need to be prepared for the interview.” — Gsusruls

3. “This is a tough one. First off, you don’t want to point fingers to individuals (I make more than person X, and do so much more).

Ultimately, I would make your case on your merits alone. The phrase, ‘there’s no budget,’ is actually an empty excuse, and if you are truly underpaid, they are going to have to recruit ($$$) and train ($$$) someone who would likely have a higher salary ($$$). If you go back and get the runaround, that indicates it’s time to polish off the résumé, and start looking. If you can demonstrate all the responsibility you are taking on, somebody will undoubtedly compensate you fairly for it.” — Isobee

4. “‘…It’s time to polish off the résumé, and start looking’ <– I can’t emphasize that advice enough! My experience is that huge discrepancies in pay versus workload/results/performance are a result of an organizational culture that does not value people. If you like the place, by all means, pursue additional compensation. However, be prepared to be turned down flat or given a token raise to shut you up.” — Hard Maple

5.  “It doesn’t matter what your coworkers make. It only matters what you are worth to your employer. Let’s say that both of your coworkers are being overpaid, that’s not an incentive for your employer to over pay you as well. Do some research on what your job typically earns in the marketplace, research what else you can do to increase your value, figure out how much revenue you bring in, etc.

It’s about YOUR worth, not your coworkers worth. Yes, ask for a raise, but don’t even mention them.” — WaterBuffalo750

6. “What to do about it? Be patient, and stop comparing yourself to everybody else — that’s a miserable way to live. If you’re in a large corporation, make an appointment with your manager to discuss your career path within the company, and get his or her advice on what you can do to speed up a promotion.

If you’re in a smaller company, where pay is based on contribution, discuss your contribution with your manager, and come to an understanding of your value to the company. Maybe the company values your work differently than you do, or maybe they don’t realize ALL you do.

Notice that this advice has nothing to do with your other two coworkers. Do you remember that kid on the playground that went around crying saying, ‘not fair, not fair!’….nobody liked that kid.”  — Kornestoane

7. “Saying, ‘my coworkers get paid more than me,’ isn’t a reason for someone to give you a raise. You need to demonstrate your worth regarding your tasks.

Really, if you’re that underpaid, you need to honestly go and start interviewing at other places. If you believe that you are truly worth more, you need validation from outside to prove it isn’t just in your head. Personally, I wouldn’t move for less than $10,000. However, I also wouldn’t jump ship after five months, because that could look bad. In your situation, I’d continue blowing your tasks out of the water and being a great employee. Bring the issue up in your yearly review. If your employer feels that you aren’t worth more, or that there’s no room in the budget, then you will need an external offer to use as leverage. A, ‘hey, this competitor offered me 30% higher salary than what I’m currently making, for the same job,’ speaks about as loudly as it gets. It lets your employer know that they have to pony up, or lose you. However, you better be ready to really leave if that’s the case, and even if they counter, you might want to go with the new company that will value your position more out of the gate.” — Agjios

8. “I’d say that after your first full year, presumably around the time of your first review, present your case. Your case being the market evaluation of your job title/responsibilities/skills, and your first year of accomplishments. If you still get the run around, and they refuse to budge, then you have a decision to make (stay at same salary, or shop around for a new job). If you do decide to find, and eventually accept, an offer somewhere else, then you gave them plenty of chances/warnings that you were unhappy with compensation. If the company is reasonable, values you and your contributions as an employee, they will work with you. It’s funny how money seems to fall into the budget when a valued contributor might be leaving.” — Sf1ft3d

9. “To answer to your question, if you feel you aren’t paid enough, test the market. Apply for another firm, and wait for the salary offer. Once you have an offer letter from another firm, you can show it to your boss during the discussion of pay. Be prepared to discuss why you feel it’s justified, and emphasize why you like the organization you’re at. Be forward, and tell them you’ve explored other options and have an idea of your earning potential. For example, say something like, ‘I just want to realize my earning potential with a company I believe in.’

There are three possible outcomes: 1) You’ll keep your job, and earn the pay you feel you deserve, 2) You’ll move on to another job with higher pay, or 3) You’ll know for sure that you have a fair pay in your current position, because the competing firm offered you the same or less.” — Kheiner