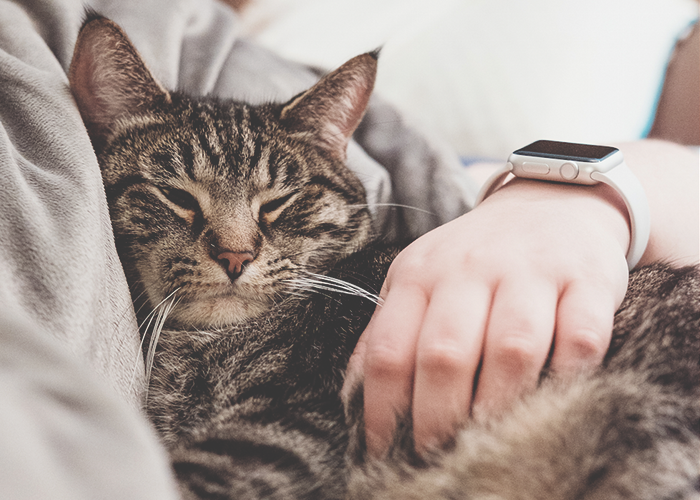 A time will come when you have to face the day totally sleep-deprived. Whatever the reason — you partied too hard, were fretting about a work project, or were up with a sick kid — the world unfortunately doesn’t grind to a halt because you can barely drag yourself out of bed.

Know that your bleary-eyed day won’t be pleasant, and that sleep deprivation messes with your brain. According to a 2013 University of California Berkeley study, MRI scans found that all activity in the brain’s frontal lobe, which governs impulse control and complex decision making, was impaired after a sleepless night. At the same time, extreme fatigue may make you feel dangerously daring. A 2007 study found that tired people are more likely to make risky bets while not being concerned about consequences. It’s also been shown that those who are sleep-deprived are less able to read others’ non-verbal queues.

What this means is that (a) tasks you normally perform as a matter of course will seem herculean; and (b) feeling cranky and surly and lacking your usual self-restraint, you could mouth off in a meeting with your boss or your colleagues, And there is a chance it won’t go well.

A sluggish brain and raw nerves are two excellent reasons to lay low at the office, and put off important decisions if at all possible. If there’s any chance you can call in sick, stop reading now and pick up the phone. (Regroup, watch Judge Judy and nap.) If that’s not an option, here’s a step-by-step guide to pressing on until that moment when you can crawl back into bed.

1. Don’t hit the snooze button (no matter how tempting).

“Oh my God. No snooze,” said Orfeu Buxton, a professor in the division of sleep medicine at Harvard Medical School. “It feels … awesome in the moment, but those seven-minute extra increments of dozing aren’t actually restorative sleep and won’t make you any more alert.” Hitting the snooze button is a bad idea on the best of days because it restarts your sleep cycle back at square one, making it twice as hard to rouse yourself out of bed.

Studies suggest that eating soon after waking up can boost your mood and energy level during the early part of the day. (If you’re not a breakfast person, don’t force it.) An exhausted body will crave simple carbs and sugar for a burst of energy, but summon your willpower and don’t drop a Pop Tart into the toaster. Protein (eggs, Greek yogurt, lean meat), whole grains and a little fruit are a better choice. Opting for sugary foods will cause a quick insulin spike and crash, not what you’re looking for when you’re already struggling to stay awake.

3. Keep tabs on your caffeine intake.

Stick to a single cup of coffee in the morning. A little caffeine will help perk you up but too much will make you jittery early in the day. Experts say that healthy adults should limit caffeine to around 400 milligrams per day (one cup of coffee has about 100 milligrams of caffeine), so you definitely won’t want to exceed this amount when you’re sleep-deprived. Another suggestion is to time your coffee consumption to your energy ebb and flow. Read on for more caffeine-timing tips.

Within the first hour or so of waking up, get outside and into the sun or natural daylight. Your circadian rhythms — which dictate when you feel tired or awake — rely on natural light as a trigger, so soaking up as much bright light as you can will encourage alertness. If possible, keep your sunglasses in their case. “There’s a passage in the brain that connects the eye,” explained Dr Mark Boulous, a neurologist, to Men’s Journal. And whenever light hits your eye, it signals your body that it’s daytime, and time to be awake.

If your office work station isn’t near a window, see if you can move to a space where there’s plenty of natural light. If that’s not possible, make sure to take a couple of outdoor breaks throughout the day.

5. Tackle your toughest tasks before noon.

You’ll be inclined to put off anything requiring a semblance of brainpower, assuming you’ll feel better later on. But you won’t. The first few hours after waking up will be the most alert you’ll be all day. “Best take advantage of it, because it’s a very small window for the sleep-deprived brain.”  Tackle important tasks early.

Have your next cup of coffee during that first hour at the office. It takes about 30 minutes for the caffeine to take effect and this will give a little kick to your only productive hours of the day.

Everyone experiences an energy dip in the afternoon, and a big meal at lunch will only make that worse. As you (hopefully) did for breakfast, stick to lean protein, whole grains, veggies and fruit. Stay away from the office cupcakes or candy bowl.

Do have another coffee (or any caffeinated drink of your choice) in the early afternoon but none after 3:00 p.m. if you’re looking to recoup your lost sleep. Caffeine remains in your system for about seven hours and you don’t want to screw it up for later than night.

Congratulations on making it this far. Is there any chance you can take a nap? Sleep experts advise that a short rest of about 20 to 30 minutes between 1:00 and 3:00 p.m. can wipe out enough cobwebs to keep you going for a few more hours. If you can’t snooze, getting outside even for a few minutes will give you a little boost.

At this point in the day, coworkers will probably have picked up that you’re not the shining star you usually are. Remember, even if you feel awful, you can still be honest and polite. Most people will cut you plenty of slack when you explain that [insert your reason] kept you up all night.

8. Spend the afternoon on busy work.

For the rest of the afternoon, use your time for things you’d normally find tedious, or that get brushed aside for more urgent tasks. Clean out your email inbox, file word docs. Act like your own personal assistant and create an itemized to-do list or schedule. Then, see if you can:

9. Skip out of work a little early.

You’ll never need to read another scientific treatise to tell you how precious sleep is to your physical and emotional wellbeing. And hopefully you’ll be so ready to crash that nothing will keep you awake when you get home. But chances are, at some point down the road, you will face another misery-inducing morning with little or no sleep. The good news is, if calling in sick won’t go over well with your work crew, you now have a cheat sheet to help you power through the day.