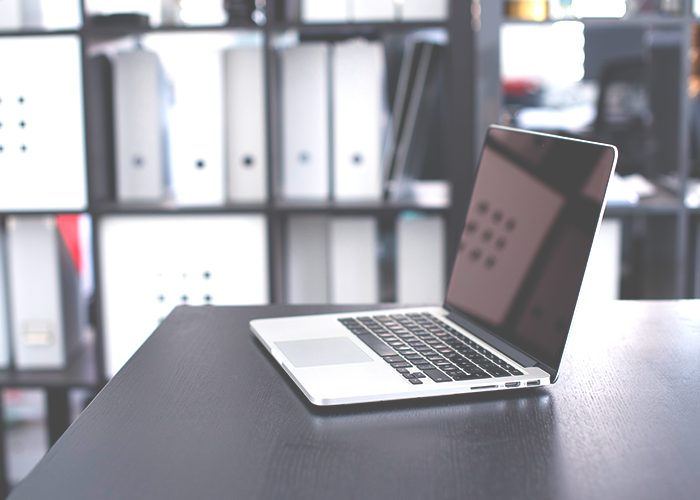 I think that everyone has experienced more than one occasion where they desperately wish there was an “undo sent email” button, and I know I have surely made some silly mistakes in my day. From criticizing a fellow employee via email which ended up getting accidentally forwarded to him, to misspelling names of people and companies, I’ve been there. Stumbling upon this article about email disasters a few days ago, which made me seriously cringe at my desk at people’s hilariously bad mistakes, reminded me of how common this aspect of professional life is. I reached out to friends to roundup their own horror stories so that we can all from one another and get better, together.

1. “I spelled my own name wrong. I met this woman at a networking event, and she was one of the more important/influential people in the room. I was lucky to be talking to her, and I knew that I needed to nail my introduction. We parted, each with the other’s business cards, and I went to go send her a follow-up email once I got back to the office. I was in such a tizzy that I actually spelled my own name wrong right up front in the introduction. And, it wasn’t like I left a letter off, I completely swapped around two letters that made it look egregiously bad. I never heard back from her.” – Madison

2. “A super-important email got stuck in drafts when my WiFi was bad. I was traveling for business and working on a project with another team at the firm. I was working on a train and the WiFi connection wasn’t great, but (it seemed) I was having no problems sending email. The project was running on a very tight timeline and I sent an email over to the other team with a semi-urgent sounding tone. I thought it got sent, so when I got back to my hotel and checked back online a few hours later and didn’t see any response, I sent a more angry-sounding email to the woman and CC’d her supervisor and mine on it to make sure it got her ass moving. Quickly after, I got a very hurt-sounding email directed toward me where the woman from the other team sounded confused and upset — it sounded like she never saw my original email. Sure enough, there it was stuck in my drafts folder…I felt like such a bitch and apologized profusely to her and the team.” — Karen

3. “My vacation email response sent an older version that hadn’t been formatted or proofread. I was about to go on vacation and was crafting a kinda cheeky and informal sounding vacation email response. I wrote it really fast, and meant to go back and make edits to it, but I ended up setting it and completely forgetting about needing to go back and proofread/revise it. Anyway, fast-forward to three days into my vacation, and my boss sent me a surely sounding email telling me to turn off my vacation reminder ASAP because it was embarrassing her and clients shouldn’t be receiving something that flip sounding. Whoops.” – Beatrice

4. “There was a time-sensitive email that I had to respond to and didn’t, and I tried to blame it on the junior art director not realizing she was on the email thread. Long story short, I tried to blame a timing issue on a more junior employee (and was rightfully punished for it). I had made up some thin excuse like, Jane needed to follow up with me about something but she hadn’t come to see me yet, and I would now go touch base with her. However, Jane politely inserted herself into the thread I didn’t know she was on and explained to everyone that she followed up with me last week about the issue…I know, I’m terrible.” – Stacey

5. “My job application got sent to an agency I didn’t realize was affiliated with my own agency. I was looking for a job at a different agency, after having only worked at the job for six months or so. I didn’t realize that we had several sister agencies that were owned by the same parent company, and that I secretly applied to one of those sister agencies by accident. I sent the email application out on Friday, and by Monday AM my general manager called me into his office to ‘chat.’ He curtly explained the situation to me, and that he didn’t know I was unhappy and looking for a different role. He politely suggested I pay closer attention to where I was sending applications out to and report to HR to discuss a possible transition to the other office.” – Emma

6. “A PR email of mine accidentally went to a client we already pitched. I should have kept a closer watch on our list of clients and companies we pitched, but I had been so busy and failed to log a few of them. Turns out that one of my lower-level employees took it upon herself to email a client we had already pitched and failed to close a deal on about three months prior (which she hadn’t been around for). As the client facing project lead, it was embarrassing for me to address the email that came my way when they politely declined a second time. It was not a good look for us at all. – Jenn

7. “I forwarded a sensitive email that someone was NOT supposed to see. I was trying to re-type project details for another teammate of mine, but upon second thought, I believed it would be easier to simply forward her the email from our supervisor so she could read through it herself. I didn’t realize just how long the email chain was until AFTER I forwarded it, and also that there was some sensitive and damning information in it. My boss had in so many words told me to only let my teammate work on certain aspects because she ‘wasn’t as thorough or careful’ as I was, and the higher-level work should be left to me. My co-worker awkwardly brought it up to me at lunch one day, and I felt absolutely terrible for being so stupid.” – Tania

8. “I hit ‘reply all’ and blew my team’s cover by revealing damning information. Oooof, remembering this one still hurts a bit. Anyway, it’s one of those infamous ‘reply all’ stories. Behind the scenes, the team was stressed out, behind, and cranky, but it was my job to put on a good face and ensure that certain parts of the project were salvageable. When my boss responded to an email chain with our client talking about a deadline, I accidentally hit ‘reply all’ and went on to explain (in confidence I thought) that we were behind, most likely going to blow past the deadline, and that we frankly didn’t have enough resources/expertise to finish it. Well, you can imagine the panicked and horrified emails that came rolling in once that happened. At the client’s request, I was removed from the project and put on another team.” – Diane

9. “I had two clients with the same name and sent it to the wrong one. Such a silly mistake and something that could have been easily avoided if I just slowed down and proofread the email. Anyway, I work for a large organization that does freelance work for another organization. Two of my clients have the same name, and I accidentally emailed a scope of work to someone that had no business seeing details, pricing, hourly breakdowns, the deck, etc. It was a Friday afternoon, I was being sloppy, and there was really no excuse. I got a call chiding me about my mistake the following week which looked even WORSE because they had to be the one to call me out on my dumb error — I was too busy to even catch it and take care of it myself. – Ellie