A Married Couple Gets Real About Paying Off One Partner's Debt, Running A Business, & More 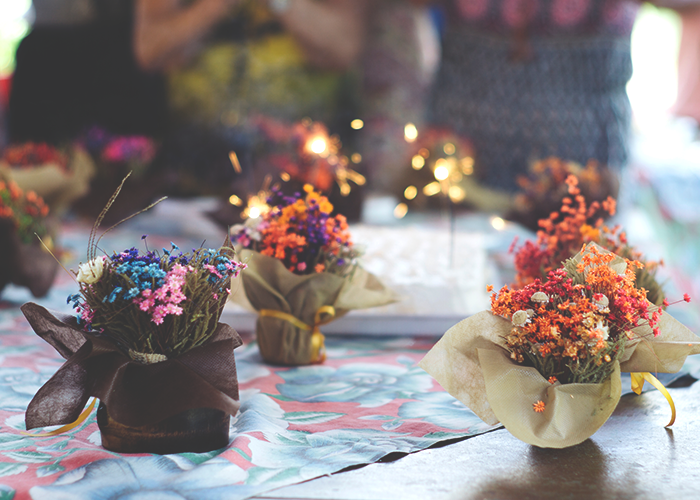 One of the best things about working for TFD is building deeper connections with the greater personal finance community. There are so many great individuals out there, with so many different stories we can learn from. I was so glad to have the chance to sit down and talk with Tai and Talaat McNeely of His & Her Money. Tai and Talaat have been dedicating their lives to help couples get better with money — because let’s face it, open communication doesn’t come naturally to many of us, and when it comes to money, that can be detrimental to a relationship. In addition to creating a blog, YouTube channel, podcast, Facebook group, and several books and ebooks, the McNeelys also personally coach couples to help them get their finances under control. Whether you’re married, dating, or not currently in a couple (or ever planning to be), these two have a lot of hard-earned wisdom to share. I asked them about their own money story, getting out of debt, what it’s like to work together while raising a family, and so much more — here’s what they had to say.

Tell me a bit about your backstory — how did His & Her Money come to be?
Tai: He had debt and a bad credit score, and I had no debt and a great score. We merged the two when we got married and were somehow able to work out the entire situation…we were able to become debt-free after our first year of marriage. People noticed that, they started asking questions, and we would meet with them.
Talaat: Our book is called Money Talks: The Ultimate Couple’s Guide to Communicating about Money. Money is emotional, and it’s not easy to talk about, whether you’re an individual that’s engaged or dating or married, it’s just tough to talk about it. Sometimes people don’t know the conversations to have, and so we took time and we wrote a book to outline the different conversations about money that couples should have and how to have them, and at the end of each chapter we give talking points, so it leaves you with no excuse — this is the topic you need to be talking about right now, and this is how to talk about it, these are some questions you can ask to pull the answers out that you all need to get to a common ground.
Tai: In addition to consulting/coaching services, we have a YouTube channel, we have a podcast, we put the information out there depending on how the person likes to learn. Some people love audio and some like the visual, so we offer it all.

What’s your favorite part of working together as a couple?
Tai: It’s just being together. One of my love languages is quality time. I just like being with him, and working together. I love that. It’s so rewarding to me.
Talaat: for me it’s just the fact that I get to build a legacy with my wife. The fact that we are impacting people’s worlds as a couple, the fact that people’s individual households are being changed as a result of all the lessons we learned in our household, all the obstacles that we’ve had to overcome and the lessons that we’ve been through are now giving people a blueprint to a more fulfilling, joyous life, and taking some of the stress out of their finances because of the stress that we had to go through. So the fact that we’re able to do this as husband and wife and create a legacy beyond just the Mcneely name, you can’t put a dollar amount on that.
What would you say to someone who has been married or in a relationship for a long time, who has gotten themselves into financial trouble and doesn’t know what to say to their partner?
Talaat: If they don’t know what to say to their partner —
Tai: — find somebody who does know what to say. Yeah. That’s what I would suggest. We’ve had so many people email us and say, you know what, my husband wouldn’t listen to me, but I turned on one of your videos, and he was able to receive it better, and now he’s on the same page as me with our finances. So sometimes I think we tune our spouses out — we do, it’s a voice that we hear all the time. And sometimes, I don’t want to hear it! But find someone who does. We also say don’t be pushy — lead by example. We’ve interviewed a couple where the husband wasn’t on board, and the wife just started doing what she had to do. And the husband saw her taking her lunch to work, saw her making changes, and thought, I’m not going to let her outdo me — and then he joined her!
Talaat: Be the change that you want to see sometimes. If talking isn’t working, then let your actions start speaking louder.
Tai: Money is no different from exercising. Almost like a muscle. If you don’t work it out, you’re going to eventually lose that muscle — all that hard work is going to go down the drain. So I would say [working with money] teaches us to continue to to exercise that muscle. We’re constantly inspired.
Talaat: We also decided to be lifelong learners. It has nothing to do with our platform, it’s just who we are as people. Like we want to continue to get better…You don’t have to work in finance, but you have to be committed to getting better. If you’re committed to getting better, you’re going to be just fine.
Talaat: Your situation isn’t hopeless, although you may feel like that. You may feel like you’ve done all you can do, but the truth is you can make it. There were plenty of times when we didn’t know if we could make it, we didn’t know if we would get out of the season we were in, but we did, because the truth of the matter is that your finances could be in a mess today, but there’s always hope and ways to overcome and move forward. Not that it will happen overnight. The point is, don’t try to focus on getting things perfect. Try to make progress, to be better today than you were yesterday. Try to budget better next month than you did this month. Always be willing to at least take a look at the progress you’re making, don’t just have a vision of the destination you’re trying to get to, but pay attention to the journey that you’re on. Take in the scenery as you’re getting to your ultimate destination.