How To Admit You Hate Your Job, And Change Career Paths 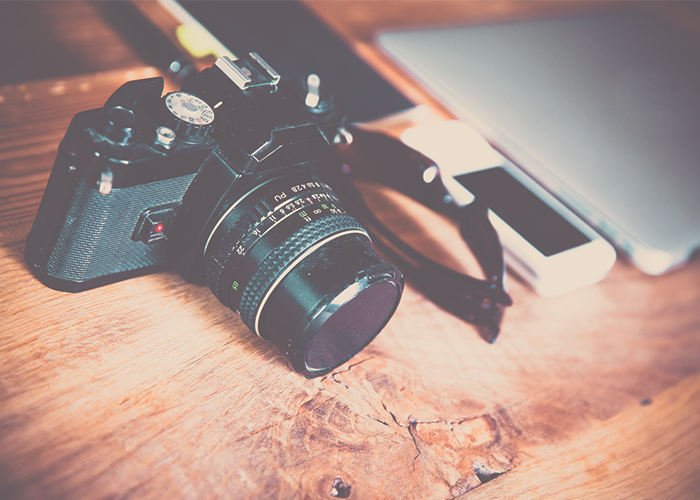 Feeling like you’re stuck in a job, zapped of your former passion and energy, with nowhere to turn because of the crippling weight of having to make hefty life choices is not a good feeling. Wanting to change careers entirely is not uncommon at all, despite how scary/foreign it may seem. In fact, an article on Huffington Post claims that “Nearly 80 percent of workers in their 20s said they wanted to change careers, followed by 64 percent of 30-somethings and 54 percent in their 40s.” While a lot of people say they want to switch to an alternative career path, how many people actually make that happen? The fear of the unknown holds a lot of people back, but if you’ve got the drive and work ethic, and map out a firm strategy to make it happen, it doesn’t have to be a pipe dream.

For a long time I, myself, was terrified to switch careers even though I knew I was on the wrong professional track. I had been working at an advertising agency before I took the plunge into freelance life and started full-time at TFD as a business owner. The transition wasn’t easy, and there were times I felt like I might have bet way too big on myself and would never be able to deliver the results I needed. However, I never looked back, and I forced myself to take it one day at a time until things felt easier, and my work felt stronger.

Everyone is going to have their own path to success if they, too, decide that switching career paths is the road they want to take. I can only speak to my own experience, but there is a ton of expert advice content online, which will walk you through what you can do at each stage of your transition. I went out and did a little research/digging around to pull expert advice/tips for handling such a feat, and I put together a short six-step list that can be helpful for anyone going through a major career change. Check it out!

1. Admitting your current job isn’t working, to yourself.
Perhaps the hardest part in making a drastic change and switching career paths is admitting to yourself that your current situation just isn’t working. I takes a lot of guts to admit you made the wrong decision, took the wrong path, or said “yes” to a job you now regret. It’s tough to find the balance between dragging on a unideal situation too long and not giving something a chance to really figure out whether or not you like it. There’s an awesome article on Lifehacker, which explores the common struggle of feeling like you’re in the wrong career, saying, “Just because you picked a major at 18 and stuck with it doesn’t mean that you can only do that one thing. If you feel stuck, only you can fix it, but you have to change your thought process and believe that you’re capable. Not everyone is in the position to pursue their passions or dreams, but there is something out there that you can enjoy doing and be proud of.” That’s really valuable advice that I personally think more people should take to heart. I know friends who have been working in jobs for 15+ years who say they HATE what they do but never felt “brave” enough to give something else a go. We can’t get caught up in what other people think for/want of us, we have to determine that for ourselves. Once you admit you are in an unhappy place, and embrace the change that comes along with doing something about it, you can truly move forward.

2. Addressing the problem + deciding how to move forward.
Once you’ve admitted to yourself that you are, indeed, in the wrong career path, you can put that agonizing decision-making process behind you. Now, it’s time to #school yourself on what you need to tackle in order to move forward toward a different career. Start thinking about big-picture things, and consider the impact that this career move will have on other aspects of your life. Would you consider moving to a different city? Do you have any connections in your contact book/social circles that could help you get a foot in a new door? If you’re making a drastic career change, there’s no time like the present to analyze other areas of your life which you can improve upon and ~optimize~. Matthew Salzberg, the CEO and founder of Blue Apron, provides invaluable advice about when to make a bold career move, saying “So, if you’re thinking about a professional transition, try to do it during a time when your personal life is stable. Making a career change right as you’re about to have your first child, breakup from a serious relationship, or move to a different city can make the transition even tougher.” There are a bunch of factors to consider, so make sure you’re giving yourself the proper time to sort it all out.

3. Analyzing what it is you want next.
Deciding what exactly you want out of your career/professional life is perhaps the most difficult thing to decide and figure out, even when you’ve had a few years as a working professional under your belt. For a long time, I had absolutely no idea what I wanted out of my life (a common sentiment, I know), what would make me happy and content work-wise, and how to best use my skills/capitalize on the abilities that came naturally to me; I felt very much in limbo when I thought of who Working Girl Lauren was. This started early on. For example, it wasn’t until I was absolutely forced to declare a major within my college (at age 20, after studying abroad for three months no less), that I had to make a choice. Honestly, I picked graphic design and the arts as my area of concentration simply because it was something I had always gravitated toward (I had been painting, drawing, doodling, and making shit all my life). It felt comfortable, and I knew that it was one of the few things I felt compelled to monetize in a way that I could make a career out of it. Figuring out how I would move forward once I knew I wanted to change career paths was much more difficult, and that was a transition within two similar fields! I had to ask myself tough questions about what I valued most, and what I was actually good at and could deliver on. I’ve come across so many articles online that provide you with template questions, quizzes, and questionnaires to help you figure out what you want, and they are worth your time to take. Keep it mind that yes, it’s important to try and get it “right,” but know that what you want and what you are inclined to do professionally will always be evolving (it certainly did for me).

4. Mapping out a plan to get there.
In order to tackle this, you have to take a hard look at your professional capabilities. An article on Quintessential says, “Leverage some of your current skills and experiences to your new career. There are many skills (such as communications, leadership, planning, and others) that are transferable and applicable to what you want to do in your new career. You may be surprised to see that you already have a solid amount of experience for your new career.” Understanding how you can parlay old skills into your new experience is key, as it’s worth working with new people and building new connections in your professional “web.” Matthew Salzberg, the CEO of Blue Apron mentioned earlier, says, “Seek out people who can advise and coach you along the way with perspectives that are different than your own.” It takes a lot of work to succeed in a newly-chosen career path, but if you map out a strategy, focus on building new skills from the ground up, work passioantely and very hard to fill in gaps in knowledge, it can be done. I had never worked in media when I first started with TFD, and in the last (almost) two years, I’ve taken myself through an essential crash course. There were times I felt like I would never, ever, be able to grasp the knowledge needed to do well, but if you surround yourself with smart, sharp, and helpful people, that’s half the battle done.

5. Actually saying “goodbye” and quitting.
Is there anything more soul crushing/nerve-wracking/anxiety inducing than quitting a job? Even when it’s in the best possible circumstances, with a super chill boss, and an airtight opening monologue (lol, is that just me?) it can feel like a nightmare. When I quit my former job, I knew I was making the right choice, but it felt like such a BIG and scary move forward. Experts say to always do the deed in person (if possible) saying, “It’s best to schedule a meeting and let your boss know in person…it just makes a better impression.” Interviews with employers also reveal that some of the biggest things they ask for is: being told as early as possible, for you to finish what you started within the says leading up to a departure, and to give honest feedback. Be sure to also read up on how to handle an exit interview properly. Saying goodbye doesn’t mean you get to throw up your hands and say “fuck it” to responsibility like a child, it means leaving on the best possible professional note you can. Even if you’re switching fields entirely (like I did), you’ll want to hang onto those valuable connections — you never know when you’ll need them!

6. Moving forward.
Adjusting to a new career is hard work, and it won’t come easy. But, the benefits of challenging yourself and taking on something new and out of your comfort zone will reward you for years to come. While we can’t throw caution to the wind, and go out to seek our favorable ~career fortunes~ without a stitch of research or a firm plan under our belt, we can make significant baby steps toward the larger dreams we desire for ourselves.