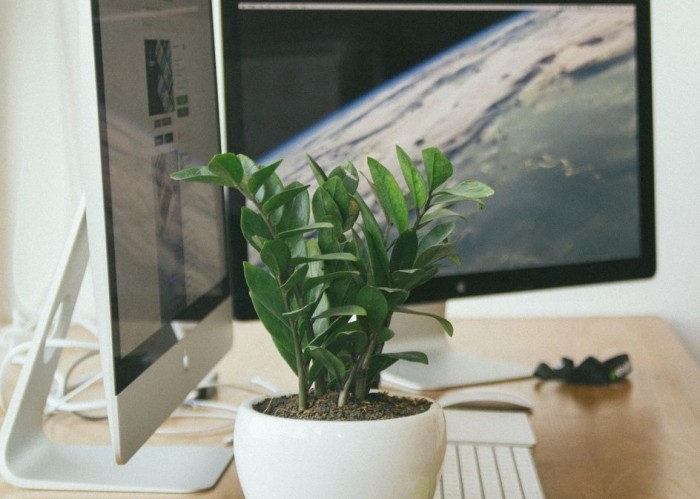 Last week, HR pro Tania MacDonald and I discussed signs you might be on the wrong career path, and shared productive ways to figure out the difference between being in a career slump and actually being unhappy at your job. This week, for the second part of this mini-interview series, I asked Tania to share her professional opinion on what actually holds us back from getting a promotion. I think when you’re coming up on a career milestone and trying to figure out why the “promotion talk” isn’t happening, it’s difficult to plan your next step. It feels weird asking your superior directly what points they’re looking for you to hit to qualify for a promotion. But if you don’t schedule a sit down with your immediate supervisor, you likely won’t be able to move forward. While I know we aren’t expecting a raise and title bump to be presented on a silver platter, it can get frustrating when you feel like you’re putting the work in, but not getting anywhere.

I am the type of person who cannot get an idea out of their head once it’s in my head. (Some might call this obsessive, but my middle school teacher once called it “enthusiastic” on a report card. It’s probably a bit of both.) Regardless, when it comes time to talk about promotions, I inevitably expend too much effort worrying about what I’m doing wrong, or whether I’m getting passed over for someone better. At my first full-time job, I switched positions after six months (because one of the clients needed to take people off my account), so by the time I had put in a year at my company, I only had six months of experience in my then-current role. While I wanted to be considered for a promotion, I didn’t know how to approach the subject. And at that point, it was clear my heart was no longer in my job, so my lack of experience probably wasn’t the only thing keeping me from a raise.

My sob story aside, here are five things that could be holding you back from a promotion (from a Human Resources professional with 10 years of experience).

1. Not communicating or showing your worth.

If you don’t advocate for yourself, who will? If you’re someone who is shy about taking credit for your work, remember that your superiors are busy. And while it’s great that you’re exceeding expectations, it’s okay to show your team how hard you work, as long as you show them politely, appropriately, and at the right time. If you’ve put in two years of hard work at an entry-level position, and you feel like it’s not getting noticed, you might be right. Being an employee with humility is a good thing, but you also don’t want to get in your own way.

Tania says, “If you do not share what you are doing well and call out how you’ve corrected issues with which you’ve previously struggled, you may be getting passed over because you’re not effectively communicating. You have one chance to make a first impression, but you have many chances to improve upon it. If you screwed up in the past, there’s a chance someone noticed, and they still think of that moment when they see you or work with you. If you’ve made drastic improvements, do not hesitate to speak to that person, say you are aware that they witnessed your mistake, and let them know that you have addressed the situation. Give them concrete examples of how you’ve improved. Help them reshape the way they view you.”

Tania: “If you’re showing a lack of maturity through speech or conduct, that is an immediate red flag. When promoting, HR is going to be looking for those who surround themselves with people who respect and look up to them, no matter their age. Don’t be the office clown or whiner. If you are inappropriate, unprofessional, or too laid back, you may subconsciously be passed over for a promotion or opportunity.”

This is one of those “check yourself before you wreck yourself” red flags. While some workplaces may be more casual or laid back, it doesn’t mean you can completely let go of your professionalism. If you are worried your behavior isn’t quite up to standard, try approaching a good friend and asking their opinion about how you act in the workplace. This may be a humbling exercise, but if there’s a problem with your workplace maturity level, it’s best to solve it sooner rather than later.

As I mentioned earlier, one of the reasons I don’t think I was considered for a promotion at my first job is the fact when I was coming up on my one-year mark, I also had one foot out the door. I was frustrated with the work, and was very aware of the fact that my job wasn’t something I wanted to make my career. When you’re upset about things going on in your own life, whether they’re career-related or not, your attitude may start to slip even more than you realize. You can grow impatient, snap more often than usual, or even be downright rude. In your head, you might not notice the change in your actions, but your coworkers very well might.

Tania’s advice for people whose attitudes might be flaring up because they’re fed up at work is, “even if you think everyone around you is a dumbass, sometimes the best you can do is smile and nod. Don’t be known for being a negative part of the team, a road block, or a devil’s advocate that never provides alternatives or positive, productive solutions. Create an environment that draws people in, instead of one that pushes them away.”

4. You don’t play well with others.

While it is frustrating to acknowledge the fact that sometimes friendships play into promotions, to not acknowledge that truth might be naive. Of course, there is no reason for workplaces to promote friends over the people who deserve to move up in the company. And if you are running into a situation like that, it’s best to talk to someone in HR. However, the other part of this, as Tania points out, is that being personable and respectful to your coworkers, superiors, and subordinates is a must. Tania reminds us that playing well with others doesn’t have to mean being best friends with your team, and never missing a happy hour with your coworkers. Playing well with others is simply a chance to share your knowledge, help others develop, and allow them to help you develop.

5. Not doing the little things.

Simply put, taking the lazy route and not giving 110% can keep you from a promotion. Typically, your boss needs to know that you can already perform the job that you’re getting promoted to before you actually get the promotion. (I know some people are opposed to this system because they believe you should be getting compensated for the work you’re doing, but personally, I think that you need to prove you can do the upper-level job before it’s handed to you.) If you skimp on little things, and think they go unnoticed, that could easily be what’s holding you back. While there is absolutely a learning curve for every good job, you need to show your boss that you rarely make little mistakes and know how to handle things going wrong. In Tania’s words, “If your boss can’t trust you to take care of the little things, how can (s)he trust you to present to the company on behalf of your department?”

If you were hoping for a promotion this Spring and the odds don’t look good, don’t lose focus, get down on yourself, or let your disappointment reflect in your work. According to Tania, the most important thing is to gain your boss’s confidence, and to do that, you need to be conscientious and ensure that your actions at work are purposeful. Tania says, “being conscientious earns you trust, flexibility, and it allows you some saving grace. When your boss knows (s)he can count on you, (s)he will have your back more than you think, and will be much more open to the idea of you moving up within the company.”