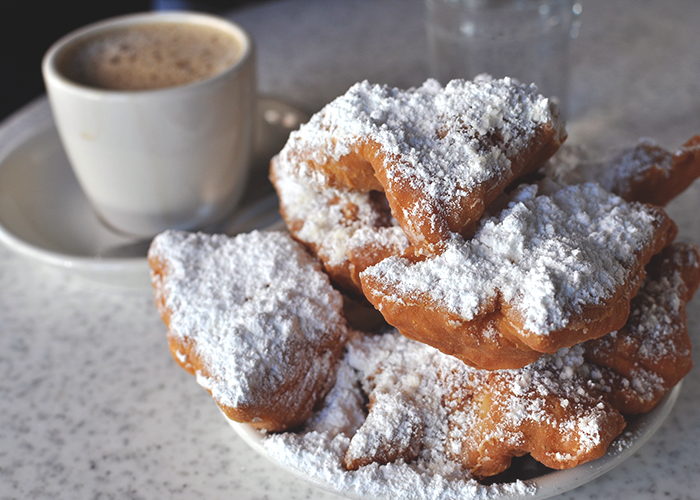 Honeymooning is a luxury, plain and simple. But there is also a “window of opportunity” — if you take a trip right after your wedding, people will expect it (in some countries, you actually get time off for it!), but the longer you wait, the more you will have to remind people that it is associated with your matrimony. You, if you are a hustling person who has a lot of things going on, may be your worst enemy for not taking a honeymoon right away: there’s never enough time to take a week off, so you might put it off forever.

For this reason, I’m glad my now-husband was adamant about taking our honeymoon immediately — he wouldn’t have balked if I had suggested waiting a couple of weeks, but given when our wedding was (Thanksgiving weekend), it actually worked out pretty well with both of our work schedules. We planned it in fits and starts, because the months before the wedding were engulfed in planning a party for 95 people. Now that I look back, though, a lot of the decisions are ones I would stand by, and which make me think that the planning process for a honeymoon should be more transparent.

We decided that flying would immediately up almost any of our travel from very affordable (in a Honda Civic, the 1,500-mile road trip to New Orleans ended up costing $95 of gas and no unusual repair costs) to about $1,000 in plane tickets no matter where we went, given the airports we’d be flying in and out of. We were trying to do a lot of financing magic at once, paying for both a wedding and getting through a home-buying process, so S1,000 for travel felt too high for us.

Luckily, we fell in love doing road trips, so we didn’t mind the long hours of audiobooks, music, and car games. As well, the seven days that we had available would be hard to turn into a substantial cultural experience in another country, so we decided a road trip in the States was best.

Neither of us had spent much time in New Orleans, and it made the list because of the last question: What do we want to characterize our honeymoon? I wanted to go somewhere warmer than where we live in the Midwest, and Husband wanted a city that was fun to explore on foot. I wanted good food, he wanted good music, and we were both fine with things being charming, but not fancy or new. It was long-driving-distance from the wedding venue, and longer-driving-distance from home, but we budgeted in the option to stay in a simple hotel halfway each way, and that worked out perfectly for us.

Below are the luxurious, reasonable, and frugal ways we spent money.

The Luxurious: Swanky Digs in a Near-Perfect Location

Since it was a honeymoon after all, we rented out a little cottage behind a bed and breakfast on Esplanade, which offered a perfect little place for just us, but also put us walking-distance from the French Quarter, which we explored most days. The B&B was in the process of changing hands, so they gave us gift certificates to a local breakfast place, Lil Dizzy’s, which was wonderful. We gobbled our weight in catfish and eggs and bacon most mornings, so we definitely got our money’s worth there.

To save money, we travelled on the weekends and stayed at less fancy places, and got weekday rates for the whole time we were in Nola. This might not be worth the savings if there was no jazz to be had mid-week, but we were lucky: groovy evening tunes were available Monday-Thursday nights.

We ate everything we could get our hands on: jambalaya, Cajun spiced shrimp, alligator bites, gourmet hot dogs from a famous hot dog stand, beignets, shrimp etouffee…Everything. All told, we took our meals in style but didn’t find that the bill was crazy anywhere: even at places with live music, where we’d give some money to tip the musicians, the food was not as overpriced as may be expected. For two people, we averaged $30 for lunches and $40 for dinners each day.

Food is also what we ended up buying for gifts for most folks: pralines, beignet mix, and chicory coffee found its way into everyone’s Christmas stockings, which meant it was consumable, and not all that expensive.

Cost: Between lunches, dinners, a few drinks and desserts, and $60 for gifts, Total: Around $410.

The Downright Frugal: Attractions and Travel

New Orleans is perfect for people who are willing to put 15 miles a day on their sneakers, and still be ready to go out and boogie at night. Our days were spent wandering Royal Street’s chandelier stores, pretending we were shopping for five-figure antiques; we checked out artists’ galleries, and daydreamed about which house we would want to live in most. We took a Groupon-fueled swamp tour and saw some sleepy winter gators, and held a baby one for real (!!!) and learned about local wildlife systems. We found museums and historical sites that we wandered through to learn about the rich cultural history of the many people who converged to make New Orleans the place it is today. Mostly, though, we walked, ate something, walked some more, looked at the harbor, walked.

In the evenings, we followed a pattern: around 5 PM, we’d head to Frenchmen Street and scope out where the live music was accompanied by a dance lesson. We’d learn some beginner steps and try to dance at that restaurant until we were tired or hungry, then order dinner or appetizers. We’d move to another jazz club every hour or two, getting a set and fulfilling our drink minimum, but always hungry for more music. By 9 or 10, we’d still have had relatively few drinks, but would be so full of music that our old-people-souls felt like we could go home and go to sleep, which was wonderful. Never in another city did I feel like I had a good chance of free dance lessons and live music at 5 PM.

Travel was previously mentioned, but with the great 34 mph that I get in my Civic, the trip was virtually as cheap as a trip across the East side of the US could possibly be.

There are certainly cheaper ways to spend your honeymoon, but I was really happy to have spent money in a way that reflected the things we really loved, like our beautiful little skylit cottage on Esplanade. It also didn’t end up being so expensive that I felt pressured to be a Power Tourist every moment. That’s what a honeymoon should give us the freedom to do, in our own ways: relax in some fundamental sense. You’ve gotten through the excitement and anxiety of bringing together two families, and you are taking a break in whatever way is most fulfilling for the two of you to celebrate each other. Whether that’s $10 or $10,000 on your honeymoon, it’s worth doing it your way.