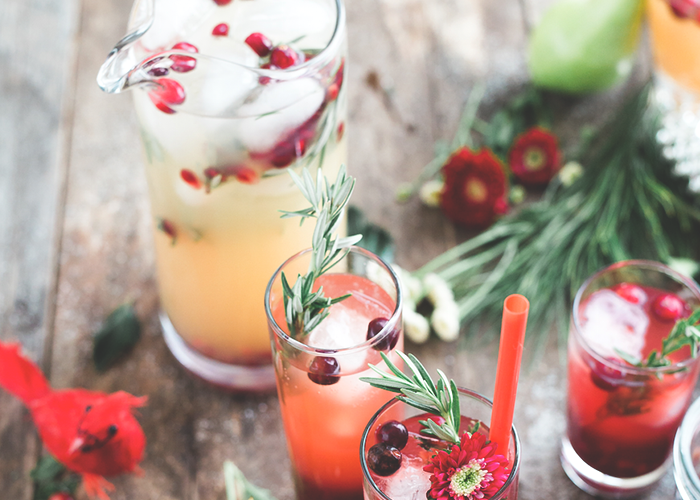 There is a lot of back-and-forth in the internet world lately about whether or not it is a good idea to buy into the gift-giving part of the holiday season, or celebrate without any gifts at all. For me, the decision is a bit of a struggle. My family has never really come upon any terribly difficult financial times since I’ve been around, and we’ve always traditionally celebrated with gifts (among other things, like spending time together as a family – which we of course always do). When I was younger, it was mostly my parents and other grown-ups in my family giving gifts to me and the younger kids. As I grew older and began to earn money of my own, it became thrilling to be able to participate in the “giving” portion of the season, rather than just the receiving. It became something I looked forward to each year, rather than the stressful time it is often thought to be. It became the time of year for me to purposefully put my fresh, teenage income towards doing something nice for someone I cared about – and I absolutely loved that.

This still holds true for me today. I can’t speak for my entire family, but I do firmly believe that we all participate in the gift-giving portion of the holiday season, not out of obligation, but out of an actual desire to do something nice for one another in an intentional way.

Of course, I’d be ignorant if I chose to leave out the financial aspect – a huge part of the reason why my family and I enjoy giving each other Christmas gifts is because we are financially comfortable enough to do so without it negatively impacting our financial lives in any big way. We do it because we love to, but also because we can afford too – and I recognize that if anyone in my family, or I myself, were to endure a financially difficult time, things would be different. (I also tend to believe that it would be quickly and graciously accepted, and we would figure out alternative holiday plans.)

But as of right now, it doesn’t feel like an obligation that has been forced upon us, and it doesn’t feel like it is about money, or getting/giving a certain amount of gifts that add up to a certain price point.  For me, it is about finding the time to take a few moments in a store I know a friend of mine would love, and intentionally focusing on finding something she would be happy to receive. I think a lot of other people feel this way, and as times have grown universally harder and we’ve seen no-spend Christmases on the rise, I think it is equally important to acknowledge why you’re not doing a no-spend holiday, and allowing yourself to feel justified in your decision to participate in this part of the season – not because you’re a materialistic person – but because you wanted to, and felt like you were financially able to do so.

This year, I was on a budget, in that I’d budgeted a certain amount that I didn’t want to go over in my Christmas spending. I had set aside a bit of money over the past few months with the intention on using some of it for Christmas shopping, so I would be able to get gifts for my family and friends. I didn’t focus so much on keeping gifts equal in terms of price or quantity. (To be honest, I think that is where most gift-related holiday mistakes are made, because then it becomes more of a job than a nice gesture.) I mostly just listened to things my loved ones mentioned they liked over the past few months, and grabbed a few of them here or there so I could give them each something I knew they’d enjoy. I also paid special attention to the every “don’t” I’ve heard this season – meaning, I made sure not to get a lot of gifts for people in my life that genuinely don’t need or want anything, and actually prefer to actively ensure that they have minimal belongings. (Nothing worse than buying a dumb gift for someone who won’t use it, but will keep out of obligation until they eventually throw it away.)

My list isn’t huge – I got gifts this year for everyone living in my home (mom, dad, brother, and grandfather), my best friend Maggie, my friend Ryan (whom I rarely get to see, but we traditionally always give each other a gift), my boyfriend, the TFD team, and a grab bag gift that will be going to a random person at a holiday party. But considering the amount of people I ended up getting gifts for in total (12!), the fact that I spent under $300 is pretty good. I liked doing my shopping without a monetary focus, and being more focused on finding the right thing (and scoring it in an affordable way). We never focus as a family too much on how much things cost, so I feel extra-happy to say that I even got some items for free using credit card rewards points!

Here, I’ve broken down every lil’ gift I’ve bought for every person, and how much I spent on everything in total.

Wall-mount bottle opener: $15 (For his “man cave” music basement, which he’ll love even though it is tacky af.)

Snacks and coffee (which I get him every year): $10 total

Total: $6.00 (This sounds like nothing, but he basically demands no gifts.)

My other best pal:

Vinyl record of some weird music he said he wanted: $20

Homemade snickerdoodle cookies (Marydoodles?): Basically free, considering the fact that I already had the ingredients in excess