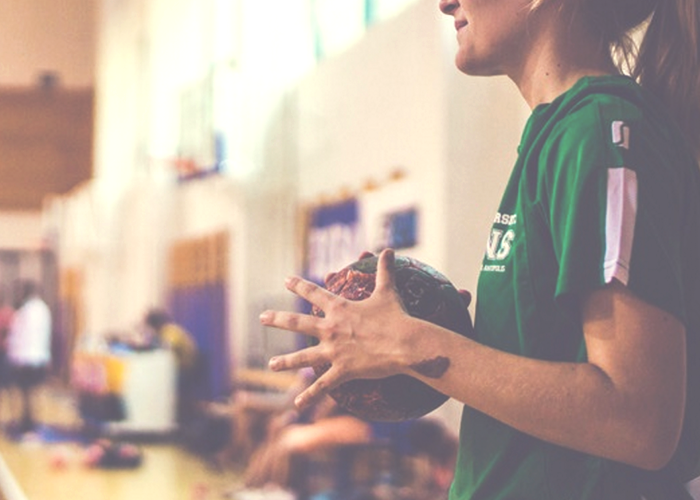 Okay, so maybe I was never a total “gym rat.” I feel like that term should be reserved for individuals who attend the gym so frequently that they have an entirely separate group of friends (gym friends and IRL friends), go work out even on holidays, and head over for a run despite having been out drinking like a lush the previous evening. I was not a gym rat, but rather a regular gym-going 20-something, trying to find the balance between working a 10-hour-a-day desk job and keeping myself fit. Ever since I was in high school, I had always tied the idea of “health” up with the image of trim women with BMIs on the lower side of normal, looked great in their LuLuLemon workout gear, and made their gym outings a near-daily ritual — an appointment that was not to be missed…no matter what. I held those women up as my bar of entry into what made someone “fit” instead of building my own version of what that looked like for my own life. At the height of my gym-going days, I’d headed there about three to four times a week because it felt like that’s what I should be doing if I, too, wanted to have the ~gym rat card~ in my possession.

Then, I did what most other twenty-somethings do upon graduating — snag a full-time job, which meant a lot of sitting. Gone were the college days where classes didn’t start until 2pm, and I had the entire morning to sleep in, head to the on-campus gym, and have enough leisure time to prioritize my physical and mental health. Once I got that first full-time job, and was slapped with the realities of working a full-time schedule, it was all to easy to allow my physical fitness to take a backseat. My former gym-goer status had been significantly downgraded. Longer hours and career ambitions became a more central focus, and I was happy to throw myself into work because it was new and challenging.

However, it didn’t take long to feel like I started neglecting my former workout schedule completely. After long days at the office, it was easy for me to keep on driving straight home after work instead of making the much-needed detour. I began to feel like there was no way I could carve out enough time in my schedule to stay as fit as I once was (something I actually touched on in my article the other day). When I did occasionally go for a run on the weekends or take a class with a friend, I was shocked at how out of shape I felt and how sore I was the next day. I didn’t feel like my old self, and I hated the feeling of slipping into the frequently discussed traps of adulthood. I started mildly resenting the girls who were training for things like 10k races and wondered, saltily, “how does she have the time?!” I didn’t realize it was my own fault and my own choices that were keeping me from staying active. I missed my ritualistic trips to the gym even though, objectively, the one I went to wasn’t even that great. It was pretty basic inside, didn’t have fancy amnesties, was crowded in the evenings, and had broken machines that took months to get fixed. I didn’t need to go there specifically to work out and feel active and healthy, but that’s what I used to think. Looking back on it now, I realize that I thought if I was going there, I was being “good.”

Over the last three years or so, I was forced to build a more flexible workout routine for myself since physically driving to a gym to work out didn’t fit my schedule. I started to loosen my grip on the former image of health I had in my head. I practiced feeling less guilty for missing workout days, and was less hard on myself if I went a week or two without running. When I began celebrating smaller fitness challenges, and carved out new times to work out in my schedule, I found myself actually wanting to do it more. When I was stuck in an endless cycle of feeling lazy and guilty, I felt more motivated to get out and be active more often. Since then, I’ve been trying to unpack what it is that makes me feel good about keeping a consistent workout routine in my life, and why I used to think I needed the gym to do it. In a nutshell, what I realized is that I have a strong preference for a routine — it grounds me. For example, I used to run X number of days per week, and if I didn’t do it I felt like I failed. But, I now realize after being out of this schedule for a while, I don’t need to specifically run X times per week, I just need to do something. When I lost my former schedule, it was easy for me to feel out of sorts, and it took a lot to realize that I’m the kind of person who needs that structure to stay focused and productive (not only in my work, but also in my personal life).

Now that I don’t feel the need to go to the gym in order to workout, but rather, can workout anywhere, the world has opened up with possibility. You don’t need a gym  to get the physical and mental benefits of working out, you can do it at home, on vacation, outside — anywhere. Over the last two years, I’ve learned to run outside, head to the park with friends to utilize outdoor space, do the steps in my building a bunch of times, or even walk to the grocery store very far away, so I’m forced to walk there and carry my groceries back. Since Chelsea and I live in New York City, we also try our best to take a solid walking break during the day. The old me wouldn’t have registered this as a workout (and it’s still not to some extent because I’m not really sweating), but now I’m much more focused on simply staying as active as possible instead of trying to carve out abs. Home has also become one of my favorite places to sneak in a workout, and it’s allowed for a much more flexible schedule that works for my life.

However, since my apartment is so small, it forces me to be more creative about how I workout there. For example, doing burpees and jumping rope is pretty inconceivable during early or late hours since the neighbors would have my head for slamming down on the floor over and over again. Now, I try to get a half hour in as soon as I get home from work — anywhere from 6-8pm, shower, and then start preparing dinner. The idea of working out at home used to depress me because I thought it was a waste of time. Would I be too lazy to do anything and ever see results? Turns out, I did see results. Again, by shifting my mentality of what constitutes a “real” workout, I was able to do it more frequently and in different places without having to feel like I got my gym time in. There are some basic essentials that I invested in to make my mini-home gym work for me, which was an enormous help. I picked up a yoga mat for about $20, a set of 10lb and 12lb free weights, and a foam roller. I’ve found a ton of video content online too — from ab ripper to yoga — which helps mix up what I do every day so I don’t get bored. It’s been an easy way to make staying active a more frequent and attainable reality.

All in all, changing my mentality from viewing workouts as an obligation to something that feeds my soul (however corny that sounds), and keeps me balanced and grounded, makes doing workouts feel like self care. I’ve found that nowadays, I actually want to carve out time to do them because it makes me feel refreshed and happy, not guilty and stressed. I realize everyone will have their own definition of what they think being fit means, and everyone has to find a schedule that works for them, and that’s okay. And, I’m thrilled to have finally found my own little happy niche.