Confessions Of A Former Rich-Kid Tutor 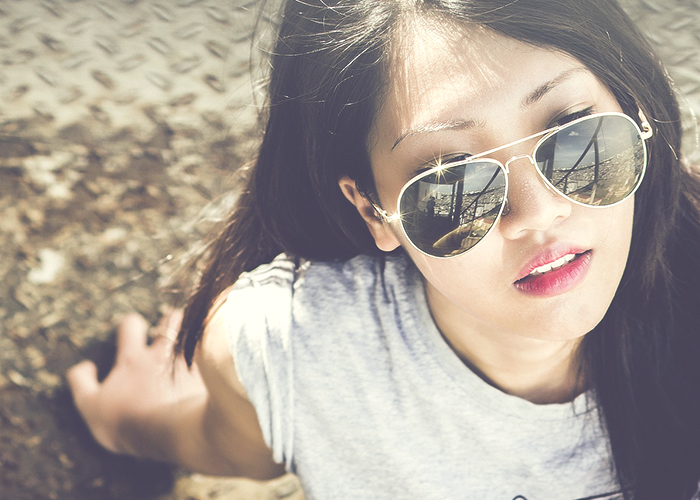 I worked for years as a private academic tutor for high school students, through a few companies that — aside from occasional initiatives to provide test prep support for charter schools — catered to a wealthy clientele. My clients ran the gamut from solidly bourgeois, upper-middle-class households to One-Percenters’ multi-acre estates. I made a good hourly wage ($60 per hour; many independent tutors, however, charge upwards of $150 per session), but brought home an relatively humble paycheck. You can only fit in so many sessions in per week; kids are only available after school hours and only willing to sit through a class during certain blocks of time on the weekend. (I also paid a higher tax on my paycheck because I was registered with my companies as an “independent contractor” instead of a staffer). Every week night, and most weekend afternoons, I shuttled myself by bus and train all over Manhattan and Long Island with a backpack full of thick SAT and ACT prep books

For the most part, the work was fulfilling: these kids, like all high schoolers, were waging battle with their insecurities. I enjoyed walking them through the questions they insisted “they were totally going to fail” and watching the shock ripple across their features when they realized they’d answered a problem correctly. “Bet on your own horse” became my favorite night-before-the-big-test phrase — these standardized multiple-choice marathons were a gamble against my students’ educational (and by extension, professional and financial) futures, and I believed in their ability to win the bet. I found a deep sense of purpose in helping them prove themselves, to themselves.

I was also amazed by the jaw-dropping opulence of some students’ homes.

In Long Island, the kids lived in mansions with sprawling porches along the bay; their floors were blanketed in the kind of snowy carpeting that absorbs the sound of footsteps, their walls were hung with the kind of artwork you can only get at auctions, and their foyers had more square footage than the combined size of the kitchen and common room in my (relatively spacious) Harlem apartment. In Manhattan, I usually had to announce myself to uniformed doormen, who called up to seek permission from the family before I was allowed to stride through the marble-inlaid lobby and step into a gilded elevator. The apartments themselves were stunning; sometimes, amusing. One family had a real zebra-skin rug spread beneath a chair that can only be described as a golden throne.

While there were a few disciplined, polite, academically brilliant students who were exceptions to this rule, many of my fellow tutors and I noticed something about the kids were we teaching: the comfortable (read: luxurious) lifestyle that their parents had, out of love and devotion, labored to provide was holding the students back. This trend defied logic; the more resources kids have, the more they should thrive, right? It’s hardly that simple. These (very perceptive) kids could sense that regardless of whether or not they applied themselves in school, everything would be taken care of for them. They knew — and they were right — that their GPA would have no impact on their access to the best of teenage life: the latest iPhone model, a yearly ski trip in Switzerland, a summer spent between the Hamptons and a family vacation in southern France, a BMW once they’d gotten their driver’s permit.

Now, there were dedicated, courteous parents who were grounded in reality; they treated tutors like actual educators. They understood that their kids wouldn’t absorb academic excellence by osmosis, but instead would have to meet the tutor halfway and pitch in their own effort. These parents often revoked privileges — no texting for a week! Aka, The End Of The World — when their kids didn’t cough up their homework. Their kids learned about consequences and worked harder. Everybody benefited. But, aside from these lovely, grounded families, the majority of the parents I worked with viewed tutors as glorified babysitters and magic-workers. They wanted to see their children “develop academically,” but not in earnest; they prized a peaceful, I’m-your-friend-before-your-parent relationship with their children over their children’s growth and independence.

It was equally clear that these kinds of parents were just as ensconced in a financially-privileged mentality as their children. They viewed their relationship with me as a purely transactional one: I pay you, and I’ll get some A’s out of my kid. They couldn’t see how their wealth was playing a role in their children’s difficulties with school. I didn’t resent these families for all the remarkable privileges they enjoyed; I resented the parents for spoiling their kids with a lifetime of apathetic household discipline and financial coddling.

One of my students — a particularly bright girl, whose social perspicacity was downright unnerving at times — would show up to lessons in a combination of underwear and pajamas (I have never been more uncomfortable in the presence of a teenager, and I’ve worked with some seriously moody kids). This student usually interrupted our lesson to call her maid and order lunch. Yes, her maid. And yes, “order.” She was a very kind woman whom the family paid (generously, I hope) to be on-call all day to cook for, clean up after, and dress this perfectly capable fifteen-year-old girl. And this girl, regrettably, was often curt and ungracious with her “maid,” sometimes making openly cruel jokes at her expense. It was very hard to watch, even as someone who was tolerating the same attitude and treatment during lessons.

Over time, as I spent hours patiently working through the kids’ snide comments and defensive resistance to any intellectual challenge, I resented their parents’ simplistic, too-little-too-late solve: me. There was no possible way I could reverse the deeply-rooted effects of their privilege, especially while the parents were continuing to reinforce the imbalanced power dynamic between the kids’ wants and needs (the equation = wants > needs). After years of lugging my books and best intentions around to tutor in these ivory towers, my greatest hopes for my students — be proud of your self-discipline and the work you put in, not the letter-grade result; develop a relationship with reading that’s enjoyable, instead of utilitarian and compulsory — felt increasingly futile.

I truly loved working with kids — elementary, middle, and high school, even the early years of college when they’re more teenagers than young adults — and I hoped (still hope) to raise my own, some day. When I was sitting on the subway, rushing from one lesson in a lavish, four-story brownstone to my next session in a eerily spacious, art-deco studio, I found myself mentally compiling and revising a preemptive “parenting manifesto” of sorts. One of the foremost items on that list: “Don’t hand them everything; let them work for the things they truly want.” To grow up rich is not always to come of age and feel lost; but the two phenomena are strongly related.

My father has confessed several times — now that I’m a wage-earning, tax-paying adult who lives 3,000 miles away from my hometown — that he was glad he didn’t earn a higher salary when he was raising me and my two brothers. “You understood how hard we had to work for the good things you enjoyed,” he said. “You weren’t allergic to effort.” He’s right. Much as 14-year-old me would have loved to “summer” in Europe every school break, I feel like I dodged a bullet by growing up middle-class (and let me note here: I did enjoy a lot of privilege as it was, in my financially-stable, two-parent household and my private school education funded by academic scholarships).

I’m grateful to my father for being a total hard-ass (and believe you me, he certainly was). I’m also grateful to the loving but misguided, super-wealthy parents I worked with as a tutor; they’ve provided me with a fresh appreciation for the scrappier aspects of my own upbringing. It’s a privilege in and of itself to see, first-hand, how wealth holds a powerful, double-edged sway over a child’s development; I’ll carry that lesson with me when I’m a millionaire (NOT) and raise my own.