You Don’t Need To Be Married To Claim Your Broke S.O. As A Dependent 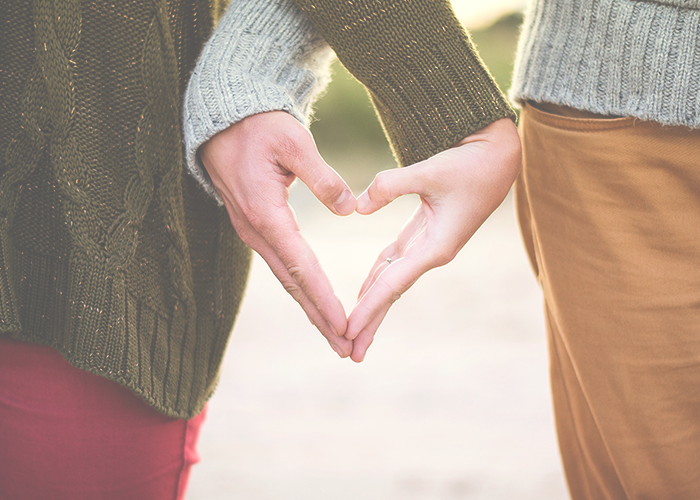 The other day, a friend sent me a Reddit thread that was definitely worth sharing here, since it provides some super useful/helpful information. To be totally honest, I don’t go on Reddit all that often (even though I’m chastised for it nearly once a week), and I seriously underutilize the topics explored there. This specific Reddit thread was particularly helpful given the subject matter and the fact that we are slowly creeping up on the April 15th tax deadline. So, it’s time to get all your ducks in a row. The Reddit thread opened with a comment from a user who was unveiling a tax-related PSA saying, “You can claim your S.O. as a dependent without being married, given they made less than $4000 in the previous year.”  Whoa — I had no idea.

Personally, my understanding of dependents was always a dynamic that existed between parents and their children. I now (foolishly) realize how extremely limited my former understanding was. However, the top comment on the Reddit thread shows that I wasn’t alone in my misunderstanding. One particular user explains that he and his SO were able to get a refund, given the specific nature of their relationship, saying:

My S.O. and I are just learning this after two years of filing taxes. I’m in school full time and only work odd jobs now and then while my S.O. works full time. Two years now we’ve had to pay in taxes to the IRS, but this year we can actually get a refund.

As one user pointed out, you have to have lived with your SO for the entire year for this to apply.

Of course, there are a lot of other requirements that your S.O. must meet in order for them to qualify as a potential dependent, and you can read about them here in full.

Upon researching the topic further, I discovered there are four main areas a person has to qualify in for you to be able to claim them as a “qualifying relative,” or a dependent. They are as follows:

Residency: Meaning that he or she has lived with you for the entire calendar year. Obviously, if they’ve traveled or vacationed it’s not an issue, but your home has to have been their official residence.

Income: If you want to claim them, they can’t have earned above a certain income amount. According to TurboTax, “The limit for gross income limit varies from year to year; for the 2015 tax year, the income limit was $4,000.“

Support: If you want to claim a significant other as a dependent, you have to show that you have paid/supported them for more than half of their expenses during the full calendar year in which you claim them. You can read more on the granular details of that stipulation here and here.

Status: According to this article on TurboTax, in order to claim an individual as a dependent, “The person must be a U.S. citizen, a U.S. national, a U.S. resident, or a resident of Canada or Mexico. Many people wonder if they can claim a foreign-exchange student who temporarily lives with them. The answer is maybe, but only if they meet this requirement.” Always be sure to thoroughly read up on the qualifications needed to claim them, and figure out what their status is and how it affects the process.

Digesting all the information out there on this topic can be tough, and as a visual learner, I rely on charts and graphics to help me understand the nuances of specific tax laws, rules, and regulations. Below, I’ve laid out a simple chart that displays just a few bits of important information, which will give you a quick sampling of the different questions you’ll need to answer. 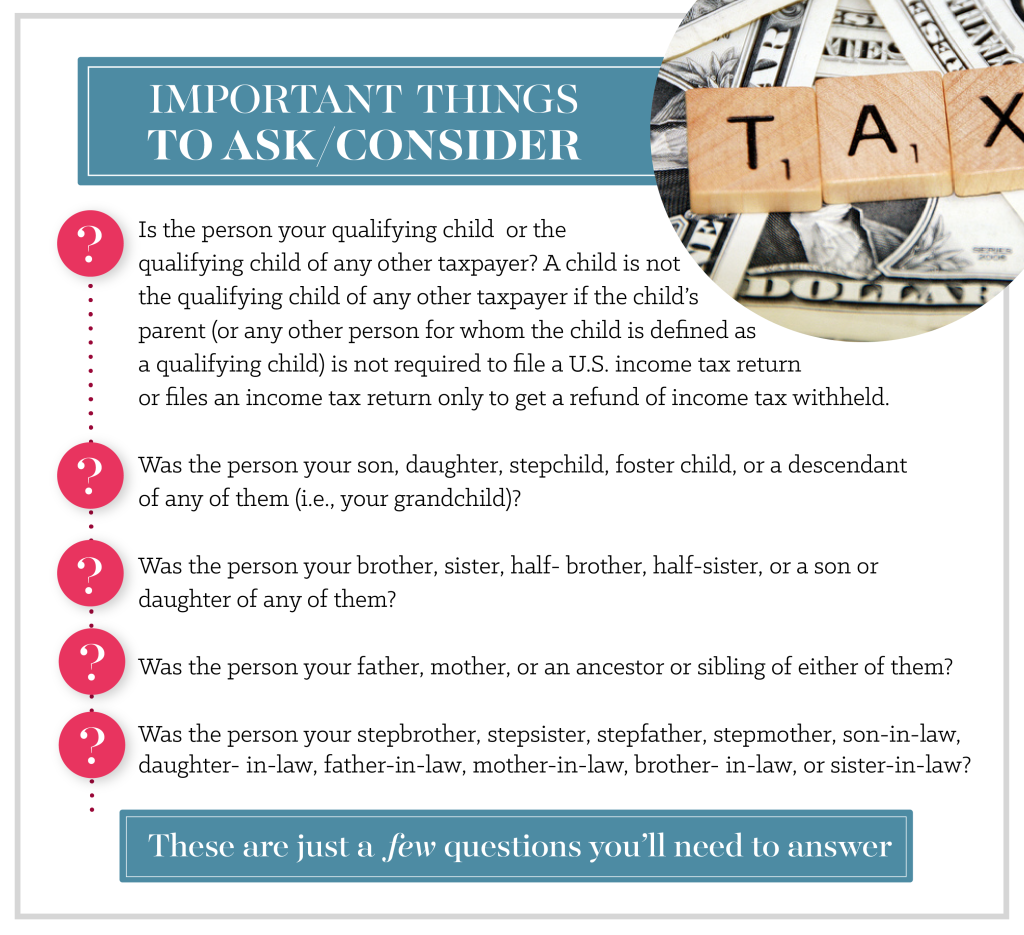 (All data above pulled from IRS: Dependency Exemption for Qualifying Relative chart)

While you can learn a ton from the comments section of Reddit (I find that it’s easier to digest the information provided by avid and knowledgeable commenters), it’s highly advisable that you speak in-depth with the individual who files your taxes. While this particular situation isn’t relevant to me, it’s a reminder of what a complicated, multi-layered, detailed system taxes are, and why I should respect it. It’s never a good idea to rush through completing them, and it’s advisable that you do your own research based on your own individual situation. If you need additional help, check out the IRS’s website, and speak with one of their assistants if you want detailed explanations on any topics touched on above.