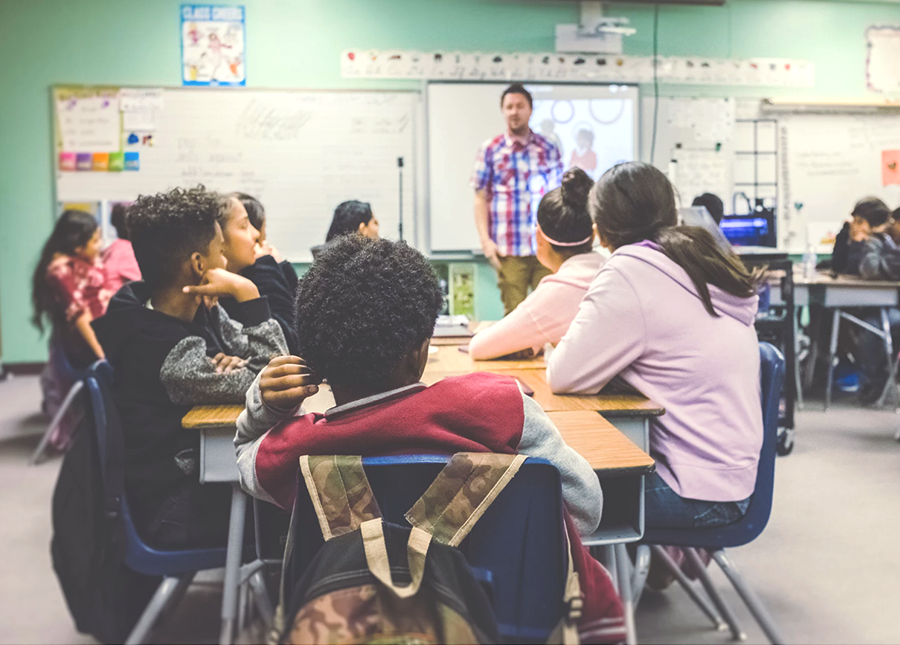 When I moved to Germany in late 2015, I was fortunate to be working remotely for a small, U.S.-based travel company. Finding a job can be difficult enough as it is, and this is doubly the case when you’re attempting to find work in a foreign country where your language skills are sub-par, so it was obviously a huge relief to already have a source of income once I landed in Nuremberg. The caveat of this job situation was that it was technically just a part-time gig. Hours could fluctuate greatly depending upon workload, and I had no paid time off or other benefits. It was certainly better than nothing, but after about six months in my new home, I decided it was time to find a side-hustle.
Curious about the cost of formal lessons to further my German skills, I’d been poking around the websites of local language schools. I met briefly with one school for a consultation, and after I recovered from the shock of their pricing a day or two later, it occurred to me that teaching English might be an option worth looking into to supplement my income. I sent an email to that same school, casually asking about their qualification requirements for new language teachers. I received a prompt response and was invited back to the school for an interview.
This is probably a good time to mention that, at least in Germany, language teachers are almost always freelancers. The handful who might be salaried have probably been doing the job so long that their contracts are a carryover from before the shift to hiring on a freelance basis became the norm. The upside to this? Teachers can sign on with multiple language-learning centers, they can teach independently, and they can simply say “no thanks” to a lesson offer that conflicts with their schedule or is otherwise not a good fit. The downsides? No PTO, no tax/pension/insurance withholdings, no guarantee of consistent work — the usual trappings of freelance life regardless of industry, basically.

…but maybe prepare to redefine your comfort zone. I’m an introverted person who generally prefers to spend time alone. Working primarily from home for the past two-and-a-half years has been an actual dream come true in terms of solitude and schedule flexibility, but it has also contributed greatly to my creative stagnation. My personal projects have fallen to the wayside time and time again because, when I’m sitting in front of the same screens for ten hours a day, it’s hard for my brain to switch from “work mode” to “creative mode.”
Instead, teaching English pushes me out of my comfort zone on a regular basis. I’m out and about, zipping around town, meeting new people all the time, talking and engaging and learning other people’s stories while simultaneously expanding my own knowledge — and I’m not staring at a computer screen while I’m doing it. I’ve found that teaching actually helps boost my overall productivity because I do get that break from sitting at a desk, and classes have definite start and stop times. These built-in mini-deadlines make it easier to schedule my days (shout out to Bullet Journaling, which I started in early January and am totally loving) and prioritize what happens during the times I’m not teaching.
Classes aren’t guaranteed, btw. Just being signed up with a language school does not mean you’ll suddenly be inundated with students. Again, this is #freelancelife, so there are plenty of other teachers also hoping to receive a call or email with a class offer. When a school has a new student or group slated to start soon, whomever is responsible for assigning teachers will take a look at the schedule to see who might be available during the intended time of the new class, and will send out the offer from there based on which teachers seem like the best fit when considering experience, location, background, etc.
As I said before, teachers have every right to decline a new class, but it goes without saying that the pickier you are and the more often you say no, the less offers you’re likely to receive. If I insist on only working with individual students, refuse to work past 5:00 PM, and don’t accept anything that isn’t within a 20-minute walk of my apartment, it is going to prove VERY limiting to my income. Right now, since I’m still trying to build up my classes, I’m saying yes to just about anything that fits into my current schedule.
In summary…
While I never grew up longing to be an English teacher and I can’t honestly claim it as a passion that keeps me awake at night, I am happy to have fallen into this line of work. I can always relate to my students — at least a little bit — because I also know the struggle of learning a new language. I know how simultaneously frustrating and uplifting it can be to really grasp one concept while feeling totally lost on another. I like that teaching English constantly introduces me to new people, new ideas, and new opportunities to learn. Perhaps most of all, I enjoy having an income source that is both different from (no computer! talking to humans!) and similar to (words! communication!) my writing endeavors, which I feel more motivated than ever to pursue.
Teaching is such an expansive topic and it’s impossible for me to cover every nuance, but if you have more questions about teaching English in Germany, I’m happy to try and answer in the comments. If you are an English teacher yourself, I’d really love to hear about your experiences and how they compare with what I’ve outlined here!
Summer is an Oregonian-turned-South-Carolinian who moved to Germany in 2015. She enjoys adventures, cooking, and the internet. She’s on Instagram, Twitter, and writes about travel, food, and expat life on her blog.