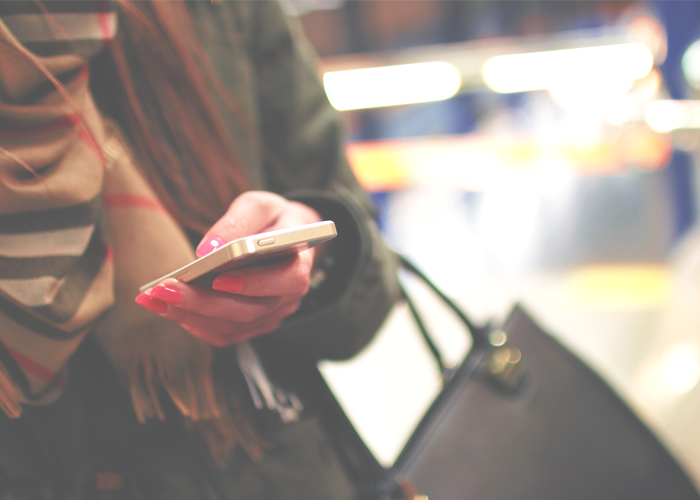 Almost 6 months ago, I left my full-time job in advertising. When I quit my job, I had one freelance contract, maybe two leads for potential freelance gigs, an apartment I Airbnb’d to make rent and exactly nothing else to go off of. (Which, to be fair, is still more fortunate than many people starting out.) It took about 2 1/2 months, but eventually another one of the leads paid off and I was able to support myself fully as a freelancer writer and close my Airbnb account. Obviously, that was a huge a relief, but the hustle wasn’t over. In fact, the ~hustle~ component is now a constant in my freelance life, and is finally something I’m starting to appreciate.

When you’re a freelancer, you’re most likely freelancing for one of three reasons: You prefer freelancing to being staffed, you use freelance projects to supplement your primary income, or you’re freelancing because you haven’t gotten staffed and are still hoping something better will come along.

While I’m not thrilled to admit this, I think I would’ve originally identified myself as that last type of freelancer. (Not necessarily a bad thing, just indicative of someone starting out.) When I left advertising, I was set on trying to get another full-time job. I applied diligently, networked accordingly, and did several other things that would’ve made any career counselor proud, but put me far out of my comfort zone. I came up short. In some instances I was very close to getting hired, and in some instances my application was probably never looked at.

I didn’t have a lot of time to be worried about what might or might not have worked out, because I had enough projects to keep me busy — most paid, a few unpaid but still important. In the last 6 months I have, of course, had a few bad days. It is too easy to feel bad for yourself, to be annoyed that you don’t have a day off, or to be frustrated about high demands when you do not get the promise of a brand promoting your articles or an HR rep whose job it is to make sure you get paid on time. But those days are rare, and I honestly really like (and sincerely appreciate) each place I freelance for.

Within the last couple months, I’ve come to appreciate my situation more and more than anything that could’ve been. I have more bylines than I would’ve if I’d gotten a staff job. I’ve met many more people than I otherwise would have. Writers I admire have lent me their time, agreed to meet and given me great advice. I don’t just work for one company, I work for several and each have different perks that make my day great. And perhaps the most obvious perk of my current situation is that when an opportunity I feel strongly about comes up, I’m able to say yes and fit it into my schedule without it being a problem.

When I worked in advertising, I met a lot of freelancers (mostly on the creative side), and I think I can now safely say that my lessons are applicable not just to writing, but to freelancing in any creative industry. At that time, working as an account coordinator, I was making $18/hour. The freelance creatives I met were making, I hope, more than 4 times that hourly. And they were, of course, doing actual work, while I was spent a good amount of time pedaling in trays of donuts for client meetings. But nonetheless, as a full-time employee, I had a security that they didn’t. It wasn’t one I took for granted: I liked my health benefits and vacation days and the fact that I had an HR department that would’ve stuck up for me in a sticky spot, if ever one had arisen.

They didn’t have any of those perks. They had a contract that went to a certain date and didn’t get paid if they took the day off. But they had the freedom that I desperately wanted. They had the bliss of not being stuck with a boss or company they didn’t like, of being able to wash their hands of the agency and never come back once their contract ended, without making a bad impression. I spent most of my job feeling caged, and freelancers had fewer confines.

To have some of those freedoms now is something I value immensely. Of course, I still have bosses I report to, but I’ve lucked out more than I can say on that end. I’m always made to feel like I’m part of the team and it’s a luxury to work for people who manage to be your superiors without treating you like you’re less than. I understand why people shy from freelancing and insist on having a staff job. But often I feel like friends write off what I do as unappealing because it’s not as secure. However, if you commit to the hustle, work hard everyday and strive to over deliver, you can make it equally secure.