7 Specific Ways Working For Free Has Helped My Career 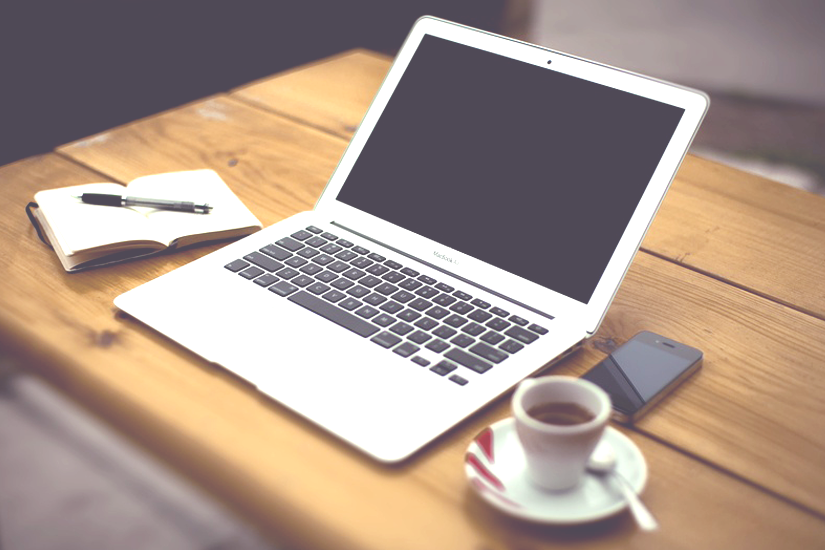 I’ve talked on here recently — multiple times in fact — about the delicate balance of working for free while still asserting your value. My general thesis is: You must be ready to do some work for free (whether when you’re just starting out, or you’re including a few bonuses into otherwise-paid packages), as it will ultimately benefit you enormously. Working for free is often opportunist, as it can be the difference between obscurity and recognition, or a one-time client and a repeat, loyal customer. People seemed to mostly agree with my articles, and most freelancers, regardless of their field, could likely point to a time in which working for free has helped them out.

But there was one recurring comment that seemed to take issue with my assertion that working for free for someone else could have its benefits, instead of just “doing your own free work in your corner to build up a portfolio and audience.” The sentiment seemed to be “I’m okay with doing my own work for free, i.e. posting on my own blog or making things for myself, but I draw the line at producing work directly for someone else for free, i.e. contributing an article somewhere for free.” And I get where these people are coming from, and admit that I even felt that way myself at one point. But I think now, having built a (reasonably) successful business as a freelancer, that it’s a bit misguided that way. To me, there is a real benefit in breaking down the individual and specific ways that working for free can help you, both for yourself and for others.

Granted, I’m a writer, so these examples necessarily refer to writing. But Lauren (and my dad) can confirm that most of them overlap to illustration/design, and I imagine that there are many industries for which they’d also ring true. The extent to which you apply this in your own freelancing career (or side jobs) is, of course, up to you. But I can say that they worked for me in the long term, even if it meant giving up a dollar in the short term. Here, the seven ways working for free has distinctly helped my career.

1. Creating my own body of work. This is probably the most obvious one (and the least offensive to people who aren’t interested in giving others their free labor directly). Maintaining a Tumblr was what initially got me my first 1500-ish followers, and gave me the confidence to submit my first articles to bigger publications. Aside from just being a nice place to test out your different material and create a little core base of followers, it’s also a great way to meet fellow writers/designers/etc who will make a small, semi-professional network. Many of my present-day writing friends are people I met five years ago on Tumblr, many of whom have gone on to become successful professional writers, and being their internet-friend has provided amazing conversation/support on both ends, as well as potential collaborations for actual, paid work down the road. Creating a “home base” in the form of a blog or portfolio might not earn money, but it is hugely important, especially at the beginning of a career.

2. Syndicating things from my blogs.  Many people don’t realize when they’re just starting out (I certainly didn’t) that having something live on your blog does not necessarily mean that’s the only place it will ever appear. And if you go into writing for free with the mindset that it could eventually serve double (or triple) duty elsewhere, it’s a lot easier to stomach the notion of typing away for free. Syndication is essentially when one publication re-publishes something that has previously appeared elsewhere, either for free or for a fee. I’ve had things syndicated from my personal blog as well as TFD, for everything from “the exposure” to $100/article.

Currently we syndicate from about five different blogs onto TFD, and we have our stuff going out to about the same number of sites. With several sites, such as Stephanie Georgopulos’ Human Parts, the relationship is very much a two-way street and both parties benefit from having added, diverse content. But even on an individual level,  just getting your little blog post (that would have otherwise just lingered on your personal Tumblr) published somewhere with much more reach can be hugely beneficial, and you don’t have to do any “extra” work for it to happen.

3. Putting “freebies” into paid packages. Often, when you actually do have paying clients, it can be helpful to put things that are “added value” into your packages. For example, on many websites, a paid piece of sponsored content is often accompanied by visual ads which are tacked on for free as part of the deal. As an individual, even if you only have one piece of content you are giving a client, you can easily give them an extra few rounds of edits, or an alternative bit of copy/design, without complaint or upcharging, because even a client who is a bit fussy can be a good one if they pay on time, and often. It’s little “extras” — that often technically amount to free labor — which can make a client more likely to stay loyal, and feel like they got their money’s worth. If you feel that a client is abusing this strategy of “not nickel-and-diming them,” it’s well within your right to walk away. But if you feel that they are the kind of client you’d like to keep around for a long, prosperous relationship, it’s worth it to give the extras.

4. Writing for the byline, when applicable. I have written for free before for publications who had big name recognition, and definitely a few dollars to throw around. This was at the beginning of my career, when any byline was important, and I was actually using it to leverage bigger, better things. For example, a few of these freebie bylines I did proved very useful when I was selling my first book — being able to put those names on my bio as well as show the high engagement they got (because the big brands reached a very wide audience) was hugely important to landing a good sale. It might not always be worth it to write “for the byline” as a newbie, but if you can clearly see the way in which it could be leveraged to your advantage later, it may very well be worth it.

Also, bear in mind that if you reach a point when you no longer need to be writing for them for free, you can easily let the editor know that your schedule has gotten more tight, and that you’re no longer doing unpaid work. At this point, they can either ask you your rate and decide to pay you, or you can both move on and you can keep that byline prominent on your resume for when you need it. In my own life, I’ve flipped two clients from “non-paying” to “paying” in this way, and it’s not at all an unusual thing to do. If your profile grows, so does your value. It’s only right to demand what you are worth.

5. Ingratiating yourself to someone who can help you. When I was first starting out, I used to ask writers/creatives I admired if I could take them out for dinner/drinks to pick their brain, or even ask if I could do menial little things to help them out. I firmly believe that becoming an assistant to someone who does the job you want is one of the most effective ways to carve out your own career, and doing just that ended up paying off for me in spades. (One of the women I initially started helping with some of her stories on millenials ended up being a huge advocate who landed me several paying jobs through her own connections years later.) If you find someone you would genuinely love to serve as something of an apprentice to, seek them out and see what you can do to help. There is nothing as valuable as the advocacy of someone who can actually get you real work, and often the key to getting it can be a simple email introduction.

6. Getting your name out there in ways other than a byline. My writer friend was recently talking about a big, artsy magazine that had reached out to her for a quote in a story. It didn’t pay anything, of course, but now her name is featured in that widely-circulated magazine with a flattering description, and she can even use the clip in a press page, all for basically no effort. It’s not quite having your own piece out there, but it can be used to your advantage nonetheless. Every piece of press I’ve ever done for myself or TFD has been for free (it’s kind of the nature of press), but each one has been hugely valuable in its own way. Sometimes you’ll spend a day giving an interview, or photos, or quotes, or helping out with a story, but in the end you’ll be left with something money can’t really buy: genuine buzz and presence in whatever industry you’re involved with.

7. Keeping up a personal/side project. No matter how successful you become, or how much you don’t need money at a given time, there is never any reason to stop doing your side projects altogether. There should always be something you’re working on for personal and creative satisfaction, ideally something you don’t get to do in your day-to-day work, even if your work is your passion. It’s a chance to experiment, be free to fail and try again, and to remind yourself why you fell in love with your medium in the first place. No matter what your personal project, there isn’t a price that can be set on the freedom to do exactly the work you want, and who knows? Maybe the stuff you’re working on on the side will be tomorrow’s big, paying gig. The only way to find out what you love doing is to do it, and until someone is paying you for exactly that, you’ll need to carve out your own space. And hopefully, if you do it right, that personal space will be the thing that ends up meaning the most to you — even if it’s totally free.