Everything I Learned From Surviving My 90-Day Shopping Ban 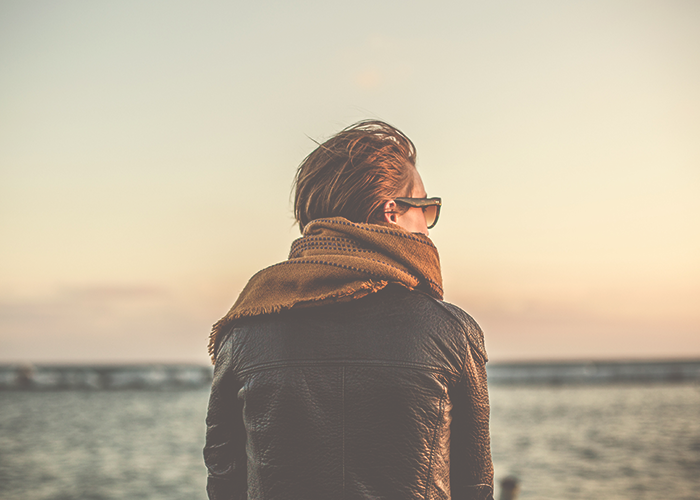 Last December, while everyone was waiting on the New Year, I was scrolling through finance blogs wondering about financial resolutions people were making, and I stumbled upon a few posts about people who avoided shopping for months at a time. Having just swiped my way through a substantial amount of money to pay for gifts, new clothes, a new phone, and a host of other purchases, the thought of not spending money seemed quite appealing. And I was curious about whether I had the (mental) strength to avoid retail therapy for an extended period of time. So I decided my New Year’s “resolution” would be simple: a three-month shopping ban.

I drafted up a quick list of rules; I was not allowed to buy clothes, shoes, jewelry, makeup, hair products, expensive magazines (basically, Kinfolk), gadgets, fitness gear, workout programs, music, movies, other digital downloads, and other nonessentials. I was still allowed to buy coffee, books that I couldn’t get at work, the newspaper, food, dinners and drinks at restaurants, and essentials. (Of course, I was only allowed to have these within reason, while still sticking to my budget.) While I expected to save some money by avoiding shopping for three months, I also ended up learning a few surprising things.

1. Having restrictions actually made my life easier and saved me time.

My shopping ban narrowed down my options and freed up time I would have spent browsing through shops. Instead of walking into a store and then spending an agonizing half hour deciding between two items (or trying to talk myself out of buying anything), my ban made it easy to walk by every Sephora, Loft, and Anthropologie. (Okay, I went into Anthropologie a few times because it’s my happy place, but I didn’t buy anything).

When we shop or even just browse through a store, we’re essentially making continuous decisions: we compare sweaters, grapple with prices, etc. And behavioral economists have shown that our decision-making skills are basically like a gas tank; every time we make a decision, we’re using up a little more of our decision-making fuel, leaving us mentally fatigued after a long period of time. Being able to ignore all my favorite stores saved me mental energy I would have spent on unnecessary decisions and freed my time up to do other things, like tackle a few books that have been on my “to-read” list for ages.

2. I started to actually use and appreciate the things I already had.

I take a lot of pride in making things last for a long time. Until recently, I had a pair of jeans that I got when I was a junior in high school, used all the way through college, and kept until I graduated college. Those jeans came with me through four moves across three continents and survived almost ten years of head-shaking from my mom. I still have a sweater I got around the same time and plan to use until it reverts to a ball of wool. I think taking good care of and making complete use of the things we buy is a way to honor both the effort we put in making money to buy them, and the effort put into making them. Before my ban, I’d been buying so much and had so many options that I never used anything as much as I wanted to. Going on my ban helped me figure out which of my clothes I actually liked, rediscover old songs I hadn’t listened to in ages, and pick up books I purchased but never got around to reading.

3. I finally had time to research quality pieces, and then save up for them.

It’s generally better to own a few quality items that will last for a long time, than to buy many cheap pieces that crumble after one use, but it also takes more time to buy quality products. If I’m paying a lot of money for something, I (naturally) like to spend some time researching it to decide if it’s worth the expense. (I like to read reviews across different websites, watch YouTube reviews, or run the purchase by friends who are industry experts.) Once I’m convinced an item is quality, then I start saving for it.

Before my ban, I had a mental list of quality things I wanted to buy, but I never got around to taking the plunge because I hate spending a lot of money before I’ve carefully thought about the purchase. Instead of buying a good leather jacket, for example, I’d pick up a cheap one and watch it disintegrate after wearing it a few times. Because of my ban, I’ve had almost three months to research which of my ‘wishlist’ items are actually worth the money. I’ve also had time to save and mentally prepare myself to plonk down hundreds of dollars for a proper leather jacket.

4. Not buying anything has made it easier to get rid of stuff.

Because I’ve been restricted to only using things I already own, I’ve been able to pay attention to my patterns of use, determining which clothes I wear more than others, as well as noticing what I haven’t touched once in the last three months. I plan to donate all the things I rarely use once my ban is officially over (in just a few days!), that way I can donate items that are in good shape, but also feel better about letting them go, since I know I’ll most likely never use them.

5. I learned about the joys of commitment.

One of the fun things I’m taking away from my ban (in addition to the strange pleasure of not having to enter a vast department store filled with hundreds of harried shoppers), is the sense of accomplishment at starting something and seeing it through to the end. I haven’t necessarily learned anything life-changing, but sticking (for the most part) to this commitment has opened my eyes to the fact that I can say ‘no’ and flex my willpower muscles when I need to. It’s also made me eager to try another ban, perhaps a longer shopping ban or something a little harder, like avoiding dining out for a while (which could be a struggle given that I live in NYC). Either way, I’m excited to challenge myself again and see what happens.