Exactly How I’m Planning To Spend Less Than $3,000 On Food This Year 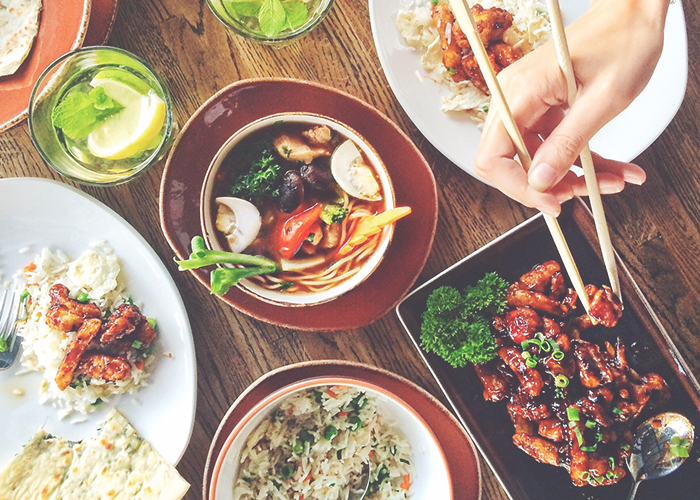 There are over fifteen (very friendly) people in my department, so on any given day, at least one person will wander through the cubicles asking if anyone else needs to go grab lunch. We celebrate everyone’s birthdays and several holidays, too, with a rotating group of volunteers who bring treats. In the almost four years I’ve been at my current company, it has been super easy to head to a salad bar or food court or to run to the grocery store to pick up a $20 fruit tray instead of making a treat at home.

Food is frequently my largest variable expense, and a review of my 2016 spending left me cringing over just how much the costs had added up. Since I already wanted to make several financial goals for 2017, I decided that getting better control of my food expenditures should be added to the list.

Three thousand dollars was a half-arbitrary, half-reasoned number. I knew that $50/week was a comfortable grocery store run, and at 52 weeks, that put me at $2,600 for the year. I also knew that I would rebel if I felt deprived, so I threw in another $33/month (about $400/year) specifically for restaurants and coffee/alcohol. That gave me a total of $3,000 for the entire year (or $250/month), which was both a 12% reduction in my food expenditures from 2016 and a conveniently round number.

I wasn’t too worried about groceries — barring the occasional splurge on fancy cheeses and bread, I generally make an effort to buy store brand items and compare prices per ounce. My local grocery chain has an app for electronic coupons, which I downloaded and have used to mixed results. (I’m bad at remembering to select what coupons I want to activate. Today I stood in the bakery section for about five minutes while I scrolled through the app, but I’m pretty sure I didn’t actually use any of the coupons I selected.) If I go under on groceries for the week, I can put the leftover money toward restaurants or fun drinks, which is a nice incentive for being smart about my purchases.

The hardest part so far has been the non-grocery food. There were two major shifts in thinking that I needed to make in order to reduce my costs: work is not an excuse, and restaurants are a treat.

I’m lucky to have a very flexible working environment. I have colleagues who come in as early as 5:30 a.m. and others who frequently show up after 10:00 a.m. I typically arrive shortly before 9:00, but I decided this year that running a few minutes “late” wasn’t a valid excuse for not packing food. No one will notice or care if I show up at 9:10, but my wallet definitely notices if I have a repeat of a two-week streak of lunches out with coworkers. I’ve gotten far better at packing lunch since making that decision, and I’ve also shown up at 9:10 more often than I did last year.

In a similar vein, I promised myself that I would stop buying treats for work birthdays and holidays and instead make them at home. I can make a double batch of gloriously cheesy muffins or brownies from scratch at a third of the cost of a pricey out-of-season fruit tray. It might require more effort, but it has paid off considering I’ve already brought food to work three times this year. (Plus, I get compliments on my cooking, and a little ego boost is a good thing.)

The biggest change, though, was deciding that eating out at restaurants should be a treat: something carefully planned and looked forward to. I love sushi, which can get quite expensive when you live in the middle of a desert. In 2016, it was common for me to find an excuse on the weekend to run errands near some of my favorite Japanese restaurants — during lunch time, of course. Close to half of my restaurant spending last year was on sushi.

In order to be less ridiculous about spending all of that money on raw fish, I decided that I could get sushi every time I successfully donated blood (aka every eight weeks). I can pull up my calendar to check how far away my donation day is whenever I get the urge to order a caterpillar roll, and that means I make a deliberate decision about whether to go get one instead of just caving in to my whims. Anticipation is part of the appeal of sushi now, plus it means that whenever I get turned away from donating due to not meeting the iron count, I immediately reschedule an appointment for the next week instead of waiting for the Red Cross to call me again. My wallet and the local blood bank have benefitted from this change in habit.

Similarly, there’s a Starbucks and a locally owned bakery on my way to work, and it was just so convenient to pop in at one or the other (or both) if I hadn’t slept well or hadn’t eaten breakfast and needed a pick-me-up. Instead of trying to cut those two things out completely, I designated Fridays as the day I reward myself for surviving the work week. Turns out that the bakery with $3 cinnamon rolls almost as big as my hand (or just under $1 if they’re the just-as-delicious day-old rolls) wins out over Starbucks 90% of the time — and it’s far cheaper, too.

With these specific adjustments, I’m right on track for my 2017 spending goal. As of today, I’m averaging just under $250/month on all food, whether that’s groceries, restaurants, or fun drinks. It feels good to be deliberate about this part of my financial life and to know that I can cut back on things without feeling like I’m depriving myself.