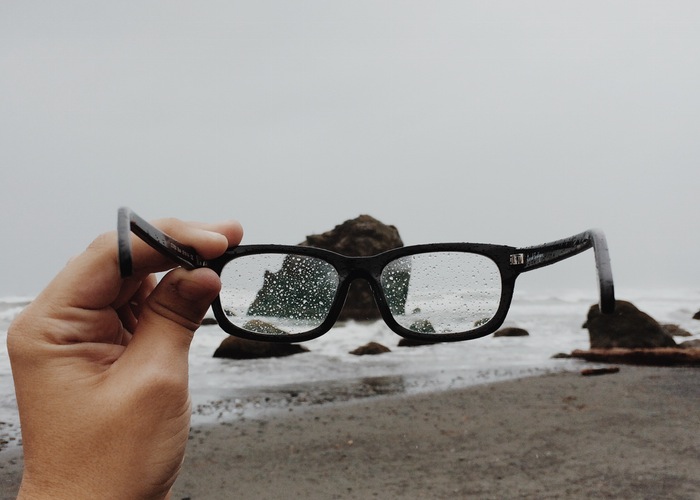 I’m wide awake and I can smell my eyeballs burning. “Just keep staring at the red light,” says a muffled voice from somewhere behind me. A loud clicking sound emerges from the giant machine hanging over my head. I can’t believe I’m paying so much for this, I think to myself, trying to steady my breathing. There’s no pain, but it’s entirely possible that I’m being abducted by aliens.

If you hadn’t guessed by the burning eyeballs, I recently had laser eye surgery, or LASIK, to correct my vision. The decision-making process, and the surgery itself, was intense. It is a commitment, and it cost me $3,500. I am not typically one to splurge on myself, particularly for something one might deem a “luxury,” but I’m convinced it’s the best financial choice I’ve ever made. As LASIK gets more popular, I wanted to outline my financial experience with the procedure, in hopes that it will help others figure out if it’s right for them, or consider approaching their eye doctor about it, and budgeting for it.

Here are five reasons LASIK was a worthwhile investment:

Some people get LASIK simply for the convenience of not having to wear contact lenses or glasses anymore. That wasn’t the case with me. I wore contacts for years with no problems, but once I graduated from college and started working at a computer all day, my eyes rejected them. Dryness, irritation, and eye strain were a constant battle. The discomfort was so bad at the end of each workday that sometimes I could barely pry my eyes open for the drive home.

I tried everything—different contacts, different optometrists, eye drops. Switching to glasses helped with the dryness, but gave me chronic headaches. All these problems were costing me a lot of time, stress, and money. LASIK is more expensive up-front, but will pay for itself eventually.

2. I didn’t take the cheap route, even though I normally would.

I’m usually a bargain-shopper, but not this time. I steered clear of doctors who do lots of advertising and offer discounts and Groupons. Instead, I did my own research and chose the most experienced surgeon in town. Two very thorough pre-op exams convinced me that he knew his stuff. You only get one pair of eyes, and you are literally going to let someone shoot lasers at them—do you really want the bargain doc for this?

LASIK isn’t covered by insurance, but I was really lucky in that my employer matches my contributions to a health savings account. I had enough socked away in there to cover the cost.

As far as surgeries go, LASIK is very safe: 98 percent of people are happy with their results. But that still means 2 out of 100 people are unhappy, and there are no guarantees of perfect vision. There are real risks, like halos and dryness, and I had to sign reams of consent forms with delightful statements like “I agree I could lose my eye.” I’m a very risk-averse person, so this wasn’t an easy decision. (Whatever you do, do not Google “LASIK”—lots of biased information and horror stories will pop up.) In the end, I felt it was a risk worth taking because my eye problems were already so bad, and because I really trusted my doctor.

4. The idea of eye surgery is terrifying, but it’s not really that bad.

Despite all my research, my anxiety was through the roof on the day of surgery. I was a trembling, sweaty mess (extra sweaty because I wasn’t allowed to wear deodorant). But the anticipation was far worse than the 10-minute procedure, which was a surreal, crazy light show. It might just have been the Valium they gave me beforehand, but the experience was psychedelic, even weirdly beautiful. I saw a red dot that morphed into an undulating 3D blob, then a frenetic explosion of starbursts and colors as the laser reshaped my eye. It was actually kind of awe-inspiring. Science is so amazing, I thought. Not that long ago doctors were putting leeches on people, and now this.

5. The ability to see is priceless.

The morning after the surgery, I opened my eyes and looked at my husband’s face next to mine in bed. He was smiling a little in his sleep—something I’d never been able to see before. I broke down and cried. It’s amazing what you miss without your glasses or contacts; other revelations include the leaves on trees, being able to go running in the rain, and finding out that my shower isn’t quite as clean as I had thought.

I’m now seeing 20/15, which is better than the “normal” 20/20. It sounds silly, but after 27 blurry years, it feels like I have a superpower. My productivity at work has gone up because I’m no longer rubbing my eyes, or am powering through headaches all the time, and I feel more confident. LASIK definitely isn’t for everyone, but for me, it was worth every cent of that $3,500. It is an investment that I made in myself, and that will improve my life, and my work, and that’s the kind of thing I’m willing to spend money on.