Fyre Festival & The Privilege Of Buying Into A Fantasy 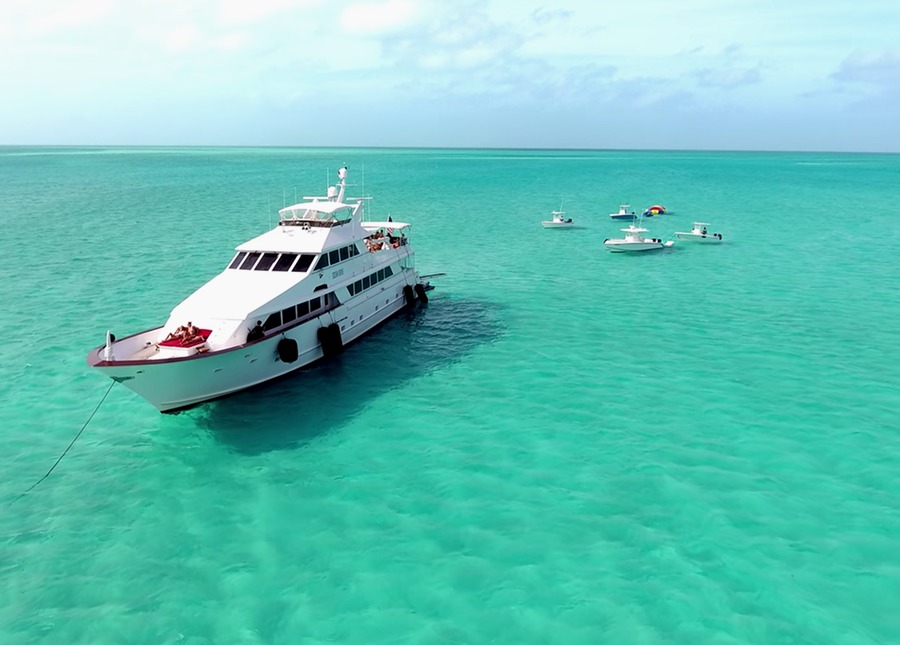 As I’ve sought to take better control of my career, life and financial future, one of the things that has stuck with me most is the TFD essay “The Woman You Want To Be Is Rich.” It is a frank recognition that the only people who attain the kind of casual ease most of us aspire to already have the financial breathing room to “aspire” in the first place: “In order to make the choice to be a certain kind of woman, we must have the means to become her, the means to curate our life in a specific and determined way.” It is what I think about when I am tempted to go to dinner parties at restaurants I cannot afford or take trips I’d have to pay for on credit. Despite the intense pull to succumb to the appearance of leisure that is replicated on Instagram feeds or the easy validation of social media analytics, I do not yet have the means to curate my life, and I’m not willing to risk decimating my future for a few well-lit photographs.

Unfortunately, my perspective appears to be rarer than it should. Earlier this month, the release of Hulu and Netflix’s competing documentaries about 2017’s disastrous Fyre Festival prompted a lot of renewed discussion about the culpability of everyone involved in the ill-fated production. Originally billed as a luxury music festival on a private island in the Bahamas and later revealed to be a vast financial fraud, the Festival left hundreds of millennials stranded and without food or water for several days. Though all who have watched the documentaries can probably agree that Fyre’s founder Billy McFarland is a criminal, there’s less consensus about who is to blame for creating and perpetuating a fantasy that enticed so many to hand over their hard-earned cash. The way I see it, there’s only so much sympathy you can have for anyone so wholly preoccupied with their online identities that they would willingly hand over their money to a fraudster without even a modicum of skepticism.

Between them, what both the Hulu and Netflix documentaries reveal effectively is that, for a large portion of the millennial generation, the trappings of “the American dream” are out of reach. Many of us will never own homes or earn enough to have the wedding of our dreams. We won’t be able to stay in the same job for decades or comfortably save for retirement. And to offset this reality, we indulge in “experiences” performed online for Instagram and YouTube under the guise of a life well lived. Hulu latches onto this perspective and the advent of the influencer generation, while Netflix tunnels into McFarland’s previous failed venture, Magnesis: a “luxury” debit card for millennials that gave them access to perks in and around New York City. The world has changed immensely in the time between our births and when we entered the workforce. The promises we were made about how to create the wealth we aspired to have not been kept.

Part of the very ethos of this site is how to better manage the money you have (and diversify your income) rather than continue to operate under the same money principles of the generations before us. The economic landscape has changed, and our generation is defined by the disappointment of a dream deferred. At the same time, we’re also the generation that has grown up alongside technology and the boom of social media. While the generations before and after us have either opted out of social media or never known a world without it, we had a front-row seat to the way media and technology changed over time, and how our cultural values shifted to suit. It’s no longer enough to simply have a good life, we must perform a good life — online for all our followers, across various platforms. We went from being warned never to reveal our true selves online to sharing every intimate detail of our day for profit. We no longer have lives; we have lifestyles, and FOMO is the plague of our time. If we haven’t been seen, we do not exist.

From that perspective, it’s easier to understand how so many were duped into participating in a scam that may define a generation. From the outside, Fyre Festival promised an opportunity to access the good life we were promised and the lifestyle we craved — for a nominal fee. With lower-tier tickets available at $500, it likely felt like a luxury that could be justified. After all, the VIP package at a Beyonce concert comes in at just under $2,000. An all-inclusive international music festival with flights, lodging and food was quite literally a steal.

But this is also the part that I have the most difficulty with. Anything that seems too good to be true usually is. Even though I understand intellectually that the Festival-goers didn’t do anything wrong and didn’t deserve to have their money stolen, I find it hard to sympathize with them when I can’t even imagine having enough money to get scammed out of that much of it. On my last trip to New York, I spent three weeks chasing a $60 refund on a defective SIM card because the idea of eating the cost felt like financial negligence. And while most people purchased packages in the $500 range and the much-touted $25,000 villas were far fewer in number, the promised perks were so excessive as to be the obvious concoctions of a fabulist.

In one of the many interviews in Hulu’s Fyre Fraud, writer Jia Tolentino says that “the millennial understanding of the world has been shaped by extreme precarity.” It’s a sentiment that rings extremely true in many of our lives and is the unspoken ethos by which we now make major decisions. As the traditional markers of a middle-class life become ever more unattainable, the goal has become to guard against long-term commitments that would prevent us from making the dreaded but necessary “pivot” that has come to define our lives. We’re getting married later and having fewer children partly because we simply can’t afford to, but also because these expected social milestones create barriers to a quick exit. It’s easier to move across the country for a more lucrative position if we’re unencumbered by commitments to other people. We are always, always, always living on the edge.

This is why the Fyre Festival situation is so infuriating. It isn’t just that the festival’s founder Billy McFarland appears to thrive on taking advantage of a group of people who are longing for connection through shared experiences, but that so many people with so much to lose trusted him in the first place. Netflix’s documentary explores McFarland’s previous venture Magnesis in frightening detail and shows that after the massive failure of that company, no one should have trusted him with sums larger than $25. With so much of our generation living paycheck to paycheck, it is unfathomable that anyone would hand over that much cash without asking more questions up front, or double-checking the legitimacy of the festival. With so much technology at our hands, it is, in my opinion, inexcusable that Fyre Festival patrons left their arrangements in the hands of people they couldn’t get in touch with, only to still board the plane to the Bahamas. The desire for a once-in-a-lifetime experience was so great that common sense went out the window.

Last week, I finally pulled the trigger on an Amazon cart I’d been sitting on for a month. I was waiting to accumulate enough in gift cards and discounts to get my total under $150. Currently, I’m weighing my options on a new laptop after discovering that the conservatively priced refurbished MacBook Pro I’d been saving up for is no longer available. I’ll be waiting another 2 months to replace my glasses until a fairly large invoice clears. These are the kinds of money calculations that are an everyday reality for me and millions of other people. Even if I desperately wanted to, I couldn’t find an extra $500 to fly to the Bahamas on a whim. So while I’m sorry Festival goers were scammed out of their money, I can’t help but feel like it’s just the price they had to pay to learn once and for all that our generation literally cannot afford not to be more judicious with our money.