Click here to join The Society at TFD!
Climbing The Ladder / Essays & Confessions 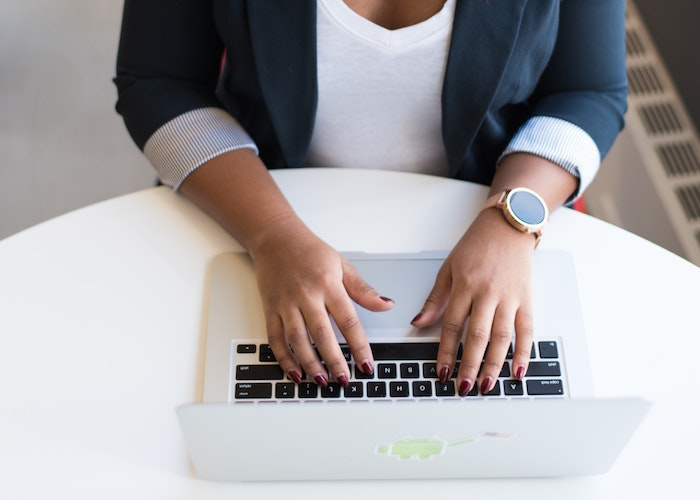 Seven years ago, I landed my dream job as a social worker. Considering I was just out of graduate school, I felt lucky. My peers took months to find jobs because the Recession was still in full swing, and social work, in particular, was slow to recover after slashes to public funding. I quickly dove into what is likely the most meaningful work I’ll ever do in my career.

But within the first few months, I witnessed a coworker in tears after a superior yelled at her. She reached out to a mentor for support, who told her that it was a rite of passage. To me, this felt wrong, but it seemed there was nothing we could do about it except live and learn. It was part of the job.

Her mentor dismissed her, normalizing the experience and making excuses for it. Then it started happening to me: I was pulled into rooms privately and berated. We were all increasingly emotionally and mentally drained, worked to the bone, too busy to take lunch breaks. It seemed revolutionary when someone suggested getting coffee. Still, the work itself was inherently rewarding, and when I felt the most like quitting, I would have such a rewarding and meaningful day with my clients. “How could I ever leave this job?” became a recurring phrase amongst my team. I was growing, both personally and professionally.

As I gained years of experience, I took pride in growing thicker skin. I brushed off the cutting words and mounting stress, telling myself I was getting stronger, more resilient. Several rounds of management came and went. My team members moved to different positions. I began to lead committees. People looked up to me for having years of experience and sought me out for advice. Soon enough, I became one of the five most senior people within my department.

I was thriving at work, but the stress was cropping up in other parts of my life. I visited the doctor for a myriad of complaints — fainting spells, headaches, mysterious rashes, hives, even hemorrhoids, all of them stress-related. My partner made passing comments about how I was too exhausted to go out with friends, or even dinner, by the time Friday rolled around. I drank more. I sought a therapist to learn better coping strategies for the ongoing, work-induced stress and anxiety. Eventually, I had no choice but to acknowledge that my body was crying out for a change.

So I began to look for other opportunities. I talked to a couple of people within the company and found they were creating a new position in a different department. They promised me it would be approved in the next year’s budget, which was right around the corner. I told myself — and my body — it would all get better soon. All I had to do was wait, maybe six months. They assured me I was the ideal candidate and promised me a raise, the ability to work from home once a week, shorter hours, and a team of coworkers that I knew and loved. It seemed like everything I needed to recover and grow my career was right around the corner.

Then the upcoming year’s budget came out. The position wasn’t approved, they said. My symptoms flared to the point where I couldn’t run, which was the main way I dealt with the stress. I couldn’t take it anymore, so I took a leap. I applied for a job outside of my company and, eventually, had an offer and an opportunity to leave.

Earlier this month, I told my coworkers I intended to take another position. Suddenly, the long-awaited position was approved. I was called into emergency meetings with management. People pulled me aside in the hallways, telling me how valuable I am to the company and asked, why I was leaving, making me feel guilty for even considering a move.

It wasn’t an easy decision. There was so much agonizing, waffling, wondering if I’m making the right decision as friends and family weighed in, telling me I’d be crazy to stay or crazy to go. I tortured myself trying to please everyone around me without asking myself what I actually want.

In the end, I’m sticking with my decision to leave. The chaos that ensued over these last few weeks has made me realize how twisted the system truly is. The whispered promises of a better work-life balance, less stress, more money, and so on, never materialized until I decided to leave. Sure, I could try to fix a small part of it or bring about some change, but I can’t fix an entire culture. An organization that sets its employees up for failure and abuse isn’t worth my mental and physical health. And calling it out as toxic is the first of many steps towards valuing myself. They tried to convince us this was a normal work environment, but it shouldn’t be.

Advocating for yourself is a radical choice

Looking back at my time with this company, part of me wonders: How did it get to this point? How did I lose touch with myself to this degree? I realize now that the little concessions along the way added up: the excuses for bad behavior, how easily I told myself that these conditions were normal or even strengthening to my character. These are the seemingly innocent justifications we use in order to make lemonade out of lemons. And especially as a woman, I bought into these justifications. I divorced my heart from my body to such a degree that it had no other option but to force me to pay attention.

Valuing and advocating for myself was a simple but radical choice. Knowing that the system no longer has a hold on me has been liberating. My partner, friends, and family have all noticed a change. I drink less. My physical aches have disappeared seemingly overnight. I’m quicker to smile. I have more emotional bandwidth and compassion for the people I love. It’s palpable when your heart, mind, body, and soul are aligned and working toward the same goal.

If you’re reading this and finding that any part of this article resonates with you, I’d encourage you to take a step back and really consider your day-to-day happiness, which counts for a lot.

During my darkest times, I’d be in tears on return flights from vacation, dreading the weight of the life to which I’d be returning. If you’re in the same boat, remember to have compassion for yourself and live in the knowledge that you have some degree of power to change your situation when you’re ready.

Kerri is a social worker // museum + broadway enthusiast // pie baker in northern California. In her free time, she checks the local animal shelters for puppies to adopt.