How I Got Over My Obsession With “Being A Professional” 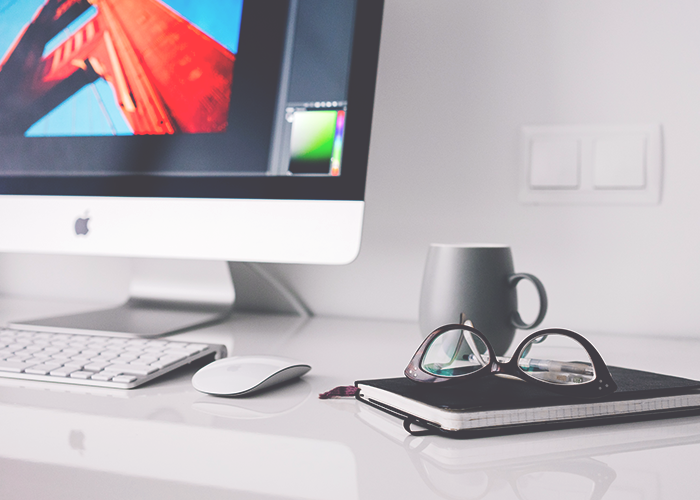 When you start looking for a “real” job, the one piece of advice you hear over and over again is to “be professional.” Everyone talks at great length about professionalism: what it looks like, how to display it, why it’s important. But I disagree. My time in the working world — albeit only five years — has shown me the value of the complete opposite. Don’t be professional; be yourself.

When you’re a recent college graduate, you’re more than likely unprepared for what the workplace is actually like. Acting like you know exactly what you’re doing and pretending to be “professional” can be a recipe for disaster. But stop feeling like you should have any idea what you’re doing; you shouldn’t. This is all new. You’re not a professional, so don’t feel the pressure to act like one.

Instead, ask for help. Admit you have no idea what’s going on. I know it sucks and is awkward and embarrassing, but it so worth it in the end. I hate asking stupid and obvious questions, but I hate making costly mistakes even more. I’d rather cover my ass and ask the question up front than have to explain to my supervisor that I made a mistake because it was more important for me to look professional than it was to ask for help. Forget being professional; be humble. Acknowledging you don’t know shit is the fastest and most efficient way to learn said shit.

People think that being professional means you have to think a certain way, act a certain way, and carry yourself in a certain way. They think that in order to be successful in the workplace, you have to become a caricature of seriousness and competency. They think being in the working world means denying you have any ounce of personality between 9 a.m. and 5 p.m. I disagree. Strip away professionalism to its bones, and all you’re left with is decency and responsibility. That’s it. Do what you say you are going to do. Try very, very hard. Have a sense of urgency. That’s all being professional boils down to: being a hard worker and genuinely caring about your job.

The rest of the stuff? I think it’s more harmful than helpful. There have been times when I’ve tried to look serious and competent all in the name of looking “professional,” and I’ve come off as stoic and stuck up. Because at the end of the day, that’s not me. I’m not stuffy. I’m not serious. I am loud and quirky and sometimes socially awkward, and all of those things are not very professional, but they are me. To deny them makes me come off as some off kilter, robotic version of myself.

And people don’t like robots — even professional ones. They like real human beings with real thoughts, emotions, and opinions. You have these things. You are these things. They might not be the most “professional,” but they’re you and people will respond to them and be attracted to them, and that will only help your career. People do not want to spend all day working with some professional cartoon with a clipboard, tight bun, and no personality. They want to spend all day working with you — the fun woman who likes German Shepherds and occasionally spends her lunch break playing Pokémon Go.

At the beginning of my career, I tried very hard to be seen as “professional.” And because I had no idea what that actually looked like, I spent a lot of time and energy mimicking the people around me. I tried to dress like them, talk like them, work like them. And the quality of my work suffered because of it. I wasn’t being original or creative; I was simply regurgitating what was around me. I kept doing this until my supervisor pulled me aside and said, “We didn’t hire you to work like them. We hired you to work like you.”

That was a huge moment for me. She actually gave me permission to stop being “professional” and start being myself. And the moment that I did, everything changed. My work was better received, I was having more fun, and I was finally noticed by my coworkers. My personality set me apart from the crowd. It was what made me different from my colleagues; it gave me an edge. People wanted to work with me not in spite of my personality, but because of it. They liked the unique qualities that I brought to the table more than they liked my fake brand of professionalism. And it paid off in a big way.

So if you’re struggling to appear professional every day? If you feel like you’re putting on some sort of suit that doesn’t fit? Try taking it off. Try letting your true self peep through. Post pictures of your dog in your cubicle. Get fired up about Game of Thrones at the water cooler. Tell funny stories, ask personal questions, stop pretending.

Show up as yourself, every damn day. Forget being professional and just be you.