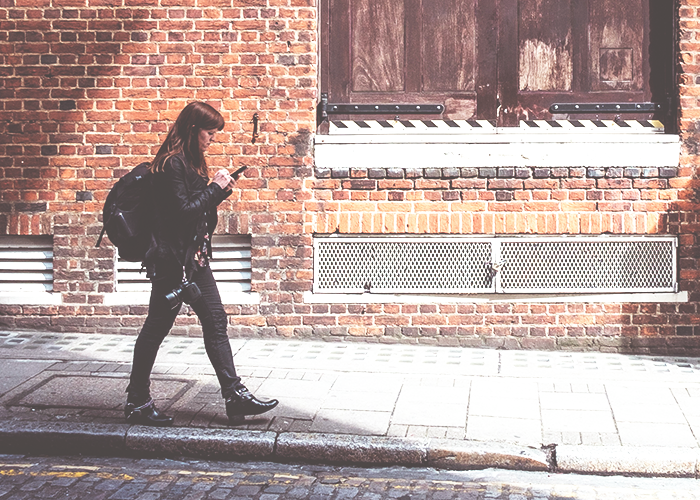 I recently came across an important survey revealing that about 51.8% of millennials have less than $1,000 in savings. I have to admit that after reading the survey, I immediately experienced a vivid flashback to the dreaded Elite Daily article about not saving money. If you weren’t online when that article circulated, here’s a quick refresher: Elite Daily published a hate-click attracting article about why savings in your 20s isn’t important. (At one point, the piece claims, “People who are saving in their 20s are people who don’t set their sights high. They’ve already dropped out of the game and settled for the minor leagues.”) The internet swelled with understandable rage and the piece inspired several responses, including Chelsea’s response: If You Don’t Have Savings In Your 20s, You’re A Fucking Idiot.

Interestingly enough, 31% of the millennials earning $75,000-$99,000 have less than $1,000 in savings. I always assumed that if I made close to $100,000/year, I’d be able to save twice or three times as much as I do now. (I’d also like to think that I’d be buying property before my 25th birthday. A girl can dream.) But this research suggests that as your earnings increase, your spending follows. I think whether or not your savings account builds as your income increases completely depends on the person and their goals.

TFD recommends that you save for about six months worth of expenses in your emergency fund, and even more if you’re hoping to make a big career or life change. Obviously, if you’re just starting your career, or are in your first few years out of college, saving six months worth of expenses can be extremely difficult. In my opinion, even if a robust emergency fund isn’t a reality for you right now, growing your emergency fund is an important goal.

Personally, I think there are a lot of reasons that this research makes sense. A lot of millennials are heavily weighed down by student debt, which makes it difficult to make and stick to savings goals. In addition, many of those surveyed are just a few years out of college and are dealing with the financial strain of moving for jobs that don’t pay relocation costs (the true entry-level plight). When I moved to LA about 10 months after graduating college, I spent my entire savings just moving across the country. I was moving for a job that paid about $35,000/year, and because it was my first steady paycheck, I wanted to start saving immediately. But with all of my relocation costs (and the cost of commuting for two hours per day), I finished the year barely breaking even. I managed to save about $1,500.

However, I think meeting aggressive saving goals is a huge possibility for millennials. We’ve seen many people on TFD attempt saving challenges like #NoSpendNovember or a 30-Day “No Eating Out” challenge. This year, I quit my full-time job and still saved about $8K. I wasn’t saving more because I was making a lot more or paying much less in rent (though no longer paying moving costs helped a lot). Ultimately, I was saving more because I knew I needed to making saving a priority before I quit my job to go freelance. All I needed was a major incentive. My need for savings drove me to put any additional income I had into my savings account, which enabled me to build a strong emergency fund.

There are also, of course, loopholes in this study that must be acknowledged. Part of the sample size here is still in college, which definitely influences the curve. Also, for those in the higher-earning brackets, there is a chance that some do not have much in savings because they are investing a lot of money instead. I still think millennials in any income bracket should have an emergency fund, but it could explain why many millennials making over $75K/year still do not have very much in savings. Overall, I think looking at surveys like this merely gives us a frame of reference when evaluating our own savings progress this year. Maybe this survey will incentivize you to work harder on your savings in 2016. Alternately, maybe it is a small reminder that you need to commend yourself for how hard you worked in 2015.