The Hidden Costs Of Dating When You’re LGBT 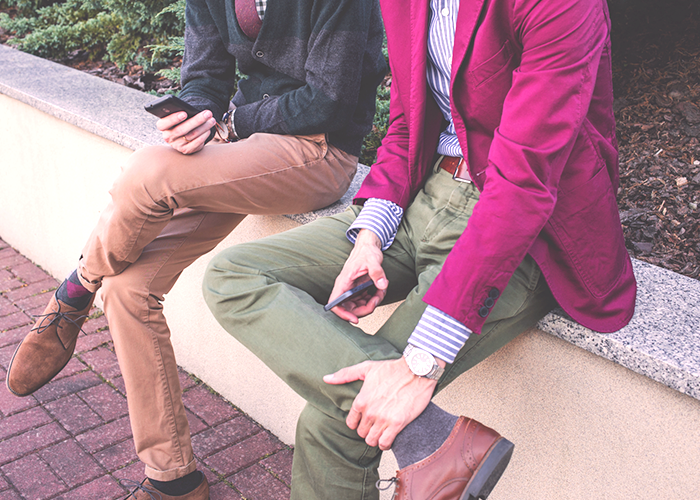 No, this is not going to be an article moaning about the cost of a good strawberry daiquiri, or how to effectively budget a good drag queen night out, or even the increasing cost of Lady Gaga concert tickets. I’m here to lay down some ~statistics~ on the hidden costs (and savings) when your love life looks more like Adam and Steve than Adam and Eve.

I don’t think there is a way to start this article other than with a big fat disclaimer. Whilst this article aims to highlight some of the differences in finances when dating in same-sex couples, it is by no means conclusive or all-encompassing. I have tried to write as inclusively as possible considering the spectrum of LGBTQIA, as well as considering intersectionality within the LGBTQIA community (intersectionality: the non-Taylor Swift brand of feminism).

I also want to shout out to the people in this community who have no desire to date, and therefore this doesn’t apply to them — hugs to all my non-romantic asexuals out there. I acknowledge that, as a gay man, I cannot fully describe the experience of others, let alone those who are transgender, lesbian, intersex, or otherwise. But I am going to try, so here are some things I (and other members of the LGBT community) have noticed are hidden costs in same-sex relationships.

1. The Expectation Of Who Pays

“So, in your relationship, which one of you is the woman?” Neither of us Karen, that is the point of a gay male relationship. Almost as frequently as I receive that question, I hear, “So, when you’re on a date, who pays?” Even in the year 2017 (when let’s be real, who has the time for gender-roles anymore?), the gender-norm of the man paying on a date not only still exists for heterosexual couples, but it also taints same-sex couples. Obviously, expectations do not amount to truths, and many of my straight female friends insist on going dutch on all dates, or will even pay for the whole date themselves sometimes. But the expectation is still there. So how does this expectation affect gay couples? Well, the expectation for the man to pay, to provide, is still present — it doesn’t diminish because there are two men in a relationship or on a date. This can lead to both men feeling the need to be the sole provider and, in my personal experience, leads to almost competition-like levels of paying. This might sound archaic, as everything should just be split down the middle, but I’d be lying if I said I’d personally be happy with that. A part of me still wants to be the provider, to pay for the date in order to assert a dominance, and if my partner feels the same, this can get messy. Heteronormative expectations still pervade the LGBT dating scene, even without us considering it, which can lead to more dates paid for than can be afforded.

On the other hand, same-sex female couples often don’t have this expectation to provide, and more often are equal when paying for dates. A lesbian friend of mine says, “I feel relaxed when it comes to who pays for dates when I’m with another woman, it is almost always dutch unless one of us wants to treat the other. I get the sense that sometimes women in straight relationships have an expectation to be paid for on a date, and sometimes, to counteract that expectation, overcompensate by throwing their purse around at the end of the date to prove they can provide for themselves.”

…Or lack thereof! It has to be said, this is something I’m glad as a gay man I will never have to pay out for or worry about. The same for lesbian relationships between two cisgender women. Homosexual often means no accidental procreation, and that is fine by me and my wallet. I feel for my female bisexual friends who are on-and-off contraceptives depending on the sex of their partner, and they face a noticeable difference in budget from this expense alone. According to Planned Parenthood, the contraceptive pill — just one of the birth control options out there — can cost anywhere between $0 – $50 a month, depending on the level of your health insurance coverage, and the type of contraceptive you’re on. As someone who will never need it, this is mind-bogglingly expensive to me.

We all know there is a stereotype in the LGBT community, especially in reference to gay men, that we are much more promiscuous than our heterosexual counterparts. And whilst, shockingly, there is actually variation within the community, and some people aren’t “promiscuous” at all, the LGBTQIA community seems to be a lot savvier on their sexual health status than straight people. According to the National Health Interview Survey 2013, conducted by the Centers for Disease Control and Prevention, 66.6% of LGBT people surveyed had tested for HIV at some point in their life, compared with only 36.7% of straight people surveyed.

You could say this is due to the higher chance of sexual disease transmission through forms of gay sex. But unbeknownst to me before doing this research, this focused attention on sexual health status would appear to have spread to general health, too. In the same study, 42.9% of LGBT people surveyed had received their influenza vaccine for the year, compared with just 35.0% of straight people surveyed. When you compound this issue with the fact some STD health checks can cost upwards of $130, you quickly realize the pennies the LGBT community save in lack of birth control quickly flies out the window, and into the hands of a medical professional, before we’re even asked to pee in a cup.

There is a lot of content out there on the gender pay gap, and I’m sure there are economists who can explain it far better than I can. However, my point is that the gender pay gap can be intensified when people are placed in couples. According to the U.S. Bureau of Labor Statistics, the median annual earnings of a man are $51,212, and the median annual earnings of a woman are $40,742. Hence, this is where that 20%+ pay gap statistic comes from. Now, consider if you’re a lesbian couple both earning the median annual salary; your combined income would be $81,484. Compare that to a heterosexual couple’s median combined income of $91,954 — that’s now an 11% pay gap between the two couples. This obviously isn’t something that is only detrimental to the LGBT community at large, though, as we can assume a gay male couple will earn an average combined income of $102,424 — $20,000 more a year than a lesbian couple earning median salaries. There are, of course, other identities beyond gender that contribute to the pay gap. When you take into account all the combinations of identities, and realize that a Hispanic lesbian couple will take home 54% of a gay white-male same-sex couple, you know shit has gone down.

There are many similarities in dating and relationships, no matter what your gender or sexual orientation, and at the end of the day, it is about two people making a connection. But even if we’re not different, we can’t ignore that our circumstances are. Whether it is feeling a need to buy drinks at a bar, or the bigger-picture economic deficit among different genders, things are different for people in the LGBT community when it comes to dating and finances. (I would like to point out the bonus that, if your same-sex partner is a similar size to you and you have the same taste, your wardrobe instantly doubles. !!) In all seriousness, to be inclusive, and to be effective allies to one another, it is important that we do understand and appreciate the differences between our communities. It is that way, and only that way, we will all become more accepting individuals.