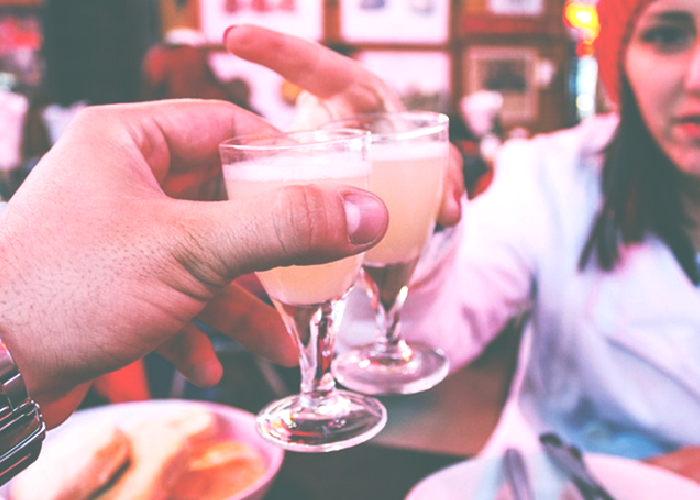 I have never been on Tinder. And I say this not because I’m too good for it — if I were single in 2016 I would most certainly be on it — but I’ve been in the same relationship since long before Tinder came out, so I never had the occasion. And if it’s any consolation, said relationship was started via OKCupid, so it’s not like we’re some sort of chic, internet-eschewing couple who has some meet cute about bumping into each other at the farmer’s market. We met online, too, just in a slightly more old-fashioned way.

But in any case, Tinder seems very cool/funny/depressing, and I love hearing all my friends talk about their various trials and tribulations

So I did the next best thing to convincing her that she was being a little bit evil, which was getting her to agree to be interviewed (with a changed name) for TFD. Here is an edited version of the conversation we had about this…special habit of hers.

Chelsea: So tell us a little about what you do, and why you do it.

Heather: Umm, basically I go on dates with guys off Tinder that I’m not really interested in to have a night on the town. I live in DC, and it’s very expensive to go to any of the “cool” bars and restaurants here, and I admit that it’s something I’ve really missed since I broke up with my ex last year, who earned a good amount of money at his job. It had been about six-seven months that I essentially couldn’t ever afford to go out, and waiting to find a guy I was seriously interested in on Tinder was proving futile, so I took matters into my own hands.

C: Why can you not afford to go out by yourself?

H: Long story short, I work in a government-adjacent field that has excellent security and benefits, but really really shit pay. I’m just now breaking $30,000/year, which is nothing in DC, and I’m two years away from 30. Right now I don’t have the time to work a side job, and I don’t want to just completely abandon the hope of having a fun social life that doesn’t involve 25 cent buffalo wing specials. […] I only go out with these maybe 2-3 times a month, but those are the only times I get to go to a show I’ve been wanting to see, or try a new restaurant I’ve been reading about.

I also admit that I grew up pretty wealthy, but after the crash of 2008, my family lost most of what they had. This meant that I went from having champagne taste to a beer budget basically overnight, and I’ve still never gotten over this idea that I “deserve” the nicer things, or that they are an essential part of my life.

C: And so you go out with these guys to provide that, even though you have no intention to date them again?

H: I never go with someone I’m disgusted by, I just don’t wait for someone I’m really, truly into. I go out with people I feel “meh” about, because it’s a way to have the free experience. Sometimes it results in a second or third date, but most of the time it doesn’t, even though I’m always open to that. It’s usually just some night at a steakhouse or whatever and that’s the end of it.

C: Do you sleep with these guys?

H: It never goes past a little kiss, usually, unless we’ve been out on several dates and I really like them. I wouldn’t sleep with someone I didn’t like.

C: Do you see how someone could find this habit really offensive and, dare I say, unfeminist?

H: Oh, definitely. I’m not stupid, I know how it looks. It’s just that right now money is so tight, and everything is so stressful when it comes to just paying my bills and working the hours I need to work. It’s going to take a lot of time and intelligent maneuvering in my career to get to stability, financially, and the pressure of that combined with the day-to-day reality that I just have no money to do basically anything I want is enough to drive me crazy. The little joys I have now are these dates, because they’re the only time I don’t have to feel acutely stressed out about money for a little while.

C: Have you thought about expanding your arsenal of free activities?

H: I’ve been to every free activity at least ten times, and am signed up to every mailing list you could possibly think of for “free or cheap things to do this weekend in DC.” It’s just not fun after a while, especially when you’re doing something like going to see the cherry blossoms with a group of friends and then awkwardly having to leave when they want to go get lunch at a restaurant after. I have no money, and every social situation that involves it stresses me out. And trust me, I want to get a side job, but right now I’m working nearly seven days a week to finish a big project we sold. When that’s over in the fall, the first thing I’m going to do is start babysitting and dog walking again so I can have some breathing room.

C: And then will you stop the dates?

H: I wish I could say yes, but the truth is, I just don’t know yet.