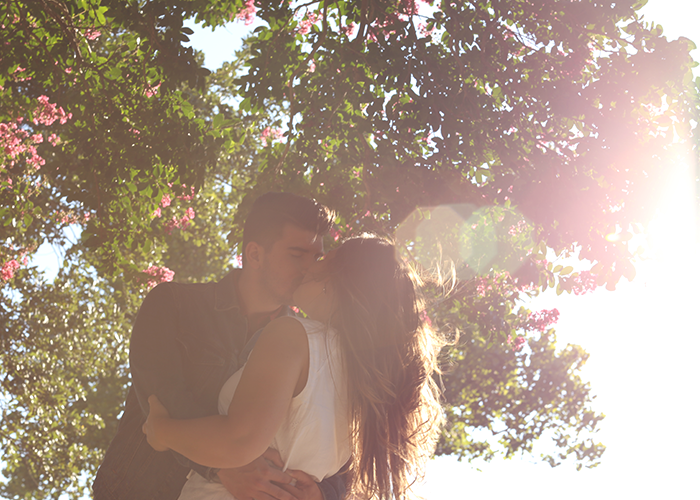 Having tiptoed around this conversation for weeks, even months, I finally found myself trapped in the money management discussion with my S.O. I was not well-versed in finance, but could navigate a conversation of credit scores and loan payments with relative ease. Nonetheless, I had been avoiding this conversation; I knew what would come of it. My boyfriend was great at managing his money; he had a budget, kept financial files, and rarely used a credit card. I knew that by the end of this discussion he would know what I had known for years: that I was an overspender.

After admitting my poor money habits, I learned just how frugal my boyfriend was. We were light years apart in terms of budgets, spending priorities, and savings goals; he was the poster-boy for money management. I was so impressed at how he paid off his credit card every month and had budgeted our dates for years, but on the other hand, I saw how strictly he limited himself. Major props to his spending control, but with such little wiggle room, I was skeptical about how successful I could be as a budgeter. Regardless, I was impressed with my boyfriend’s ability to save and was touched by his desire to plan for our future. I would attempt to do the same, but my efforts never evened the field in terms of frugality; I would always be the not-so-frugal half of the relationship. This dichotomy of financial attitudes resulted in numerous arguments, emotions teetering between guilt and frustration, and the realization that I was wrong about money management.

Spending on travel proved to be a major point of contention between my boyfriend and I. I was repeatedly frustrated when my dreams of adventure were seemingly squashed by the end-all be-all budget. After reading one too many articles about Why You Must Travel in Your 20s, I was ready to embrace the wanderlust lifestyle and spend my paycheck on an impromptu flight to Greece or tour of Thailand. I wanted to worry about money when I was older and take in as many new experiences as I possibly could before turning 30. But while I wanted to soak up experiences, my boyfriend was more concerned about building up an emergency fund. It was hard for me to understand why he wouldn’t take money out of this immaculate stash to spend on vacation. I wanted to be young and wild and free. YOLO,  am I right? (Ugh, 2012 vernacular sucked.) Our priorities were totally out of sync. My boyfriend wanted to save for the future, and I wanted to save the idea of saving for the future.

Traveling outside of the budget was not the only issue. I wanted to purchase things on a whim: day-of Lollapalooza tickets, a new couch for the apartment on last-minute super sale, and whatever else my little heart desired. In each instance, my S.O. declined to participate because he hadn’t accounted for these spontaneous purchases in his budget, and I found myself time and again pouting in the corner trying to change his mind. I wanted to purchase what I wanted, when I wanted, without restriction, even if it meant charging a designer purse to my credit card without planning for repayment. As I tried to follow in the budgetary footsteps of my boyfriend, the fact that I couldn’t make big purchases without planning for them was a hard pill to swallow. Life is unpredictable, so it made sense to me that my spending patterns were also unpredictable. The tight budget and strict spending rules were suffocating my spontaneity, and I grew increasingly frustrated.

However, after many long financial talks with my boyfriend, and implementing several money management tips, my credit card balance started to decline, and so did my frustration. I was amazed at how much money I saved simply by planning my purchases and avoiding impulsive-spending behavior. With this newfound motivation, I approached my finances more diligently and created a (semi) strict budget to adhere to in the coming months. I began to appreciate my boyfriend’s emergency fund and premeditated spending, and no longer resented him for putting the kibosh on our Eurotrip or new furniture. The pride that I felt after developing a savings account was more satisfying than any expensive pre-fixe meal or cashmere sweater had ever been. Looking back on my overspender status, I realized the error of my ways and admitted to my boyfriend and myself that ignoring my financial responsibilities had not been the right course of action.

Despite my newfound money management skills, I still couldn’t call myself the frugal one in the relationship. While it was my aspiration to match the savings and spending frugality of my S.O., the road to recovery as an overspender is paved with temptations in the form of 50-percent-off emails and BOGO deals. Whenever I would indulge in online shopping, or splurge on something new, it would leave me wracked with guilt. Always self-imposed, I felt like I was failing at frugality and chastised myself for purchasing that new whatever, but of course, kept it nonetheless.

As the less frugal partner, it’s exhausting to constantly waver on the edge of guilt and frustration, but these emotions provided learning opportunities and helped me develop money management habits that I could stick to. Annoyed that I couldn’t be spontaneous with my spending, I’ve started planning for unpredictability. I can’t plan for that spur of the moment happy hour, but I can plan to have some backup funds willing and ready to serve my spontaneity. Additionally, I’ve learned how to keep these guilt trips at bay. I quickly learned that the sinking pit of guilt that would rest in my abdomen was absent when I was making necessary purchases. I started to prioritize and learned to differentiate between wants and needs. Now, even when I make an expensive purchase, I don’t feel guilt or anxiety because I know that it was necessary and not frivolous.

Our varying degrees of frugality have also taught my boyfriend and I about compromise. Money is a topic that is not only uncomfortable to talk about, but is often inherently paired with a defensive attitude. By breaking down this communication barrier, we’ve been able to learn more about each other and the decisions that we make on a daily basis. Yes, now my partner knows that I’m not the most frugal girlfriend, but he also understands the value that I place on travel and healthy eating. In turn, I can now comprehend his commitment to savings and have made many positive financial changes since talking to him openly about this. These understandings led to financial compromise. While we didn’t jet off to a European vacation, as I originally suggested, we did plan in advance and take a domestic trip that we could afford. I still got to indulge my adventurous side and my S.O. didn’t stress about breaking the bank.

While exposing myself as the non-frugal partner was anxiety-inducing and led to spending insecurities, this realization has led me to reform my financial habits and develop serious spending limits that have helped my confidence and my credit score. I’m fully aware that I will never be the example of frugality, especially when standing next to my prudent partner, but I’m so proud of the healthy money habits that I’ve developed, and the strong relationship that we have built on the basis of financial communication and compromise.