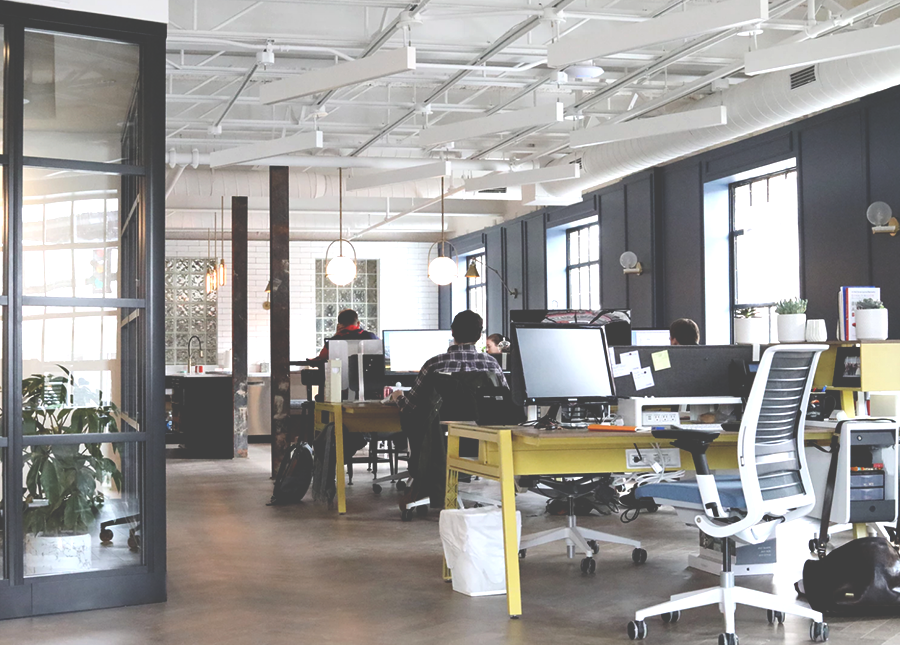 Finding out you are being let go from your job is a blow, no matter how many positive stories of inspiration you read about folks like Steve Jobs or Oprah getting fired. It’s one thing to be let go due to company downsizing or other changes out of your control, but hearing, “You’re just not a good fit for this role”…OUCH.

I worked at an entertainment distribution company in New York City for six years, mainly doing product management. While it was a dream job for most of the people I worked with, I always knew I didn’t quite fit. Some of the projects I worked on were interesting but I didn’t have the same go-getter mentality as my cool and hip coworkers. I brushed my feelings aside and figured to go along with all of it, since the company had fun perks, paid decently, and had young, fun people working there. Over the years, I was merely getting by and not putting in the effort required to be successful at my job. I did feel guilty, often wondering why is everyone else jazzed up but I can’t muster the same exciting energy for extended periods of time? The resources were there — I just didn’t jump for them.

Regardless, the years went by, and during the last year, my motivation was at an all-time low, management and culture changed, and after a coffee meeting with my boss one day, he told me in confidence (we had a good relationship and my being let go should have been a secret up until my actual last day) I was being let go at the end of the quarter — two months from that point. I had a feeling it was coming, but it didn’t hurt any less hearing the words, “This is no longer a good fit.” I felt exposed, vulnerable, and panicked. My first three thoughts were: “Will my family be disappointed in me?”, “Am I even good at anything where I could be paid for it?”, and “I am a total fraud.”

What happened to me next, I realize, is not always the norm for most working folks, and I feel very fortunate for how things developed. Here is how getting fired was amazing for me financially, physically, and emotionally.

My company offered me a severance package, which was calculated from the years I had been there, a separate severance policy I was grandfathered into due to a company acquisition, and unused vacation time. This came out to 16 weeks of pay. (Note: I realize when people hear “severance package” they assume you weren’t flat out fired. I feel my company didn’t have a certain terrible thing to blame me for that could result in a full-blown firing where I got zilch, but rather just wanted me out.) While I was in a moment of devastation, my jaw actually dropped. You’re telling me I don’t even have to work for you people but you’re paying me as if I’m still there another 4+ months? I will see myself out, thanks for the memories.

2. End of the Soul-Sucking Commute

I live in New Jersey, and while distance-wise I am less than 10 miles from my office, I used public transportation to get to work (expenses such as tolls between NJ and NYC and parking on a daily basis are too incredibly high to justify commuting by car). Public transportation between home and work isn’t exactly the best in my area, and at a minimum took one hour each way, sometimes two in the common cases of traffic and the always-clogged Lincoln Tunnel. Around the last year of working at the company, I could no longer take brutal NYC winters and scorching summers. Waiting 20 minutes for a bus in the rain or snow is miserable, along with catching a subway when it is 100 degrees outside and there is no air circulation in the train station. The commute alone wore me down and killed my energy most days — all before I even stepped foot in the office! My last two jobs have been in NYC, so that commute was part of my life between the ages of 20 and 29.

After finding out the news, it took me a while to grasp the concept of, “No sh*t I’m not good at my job if I don’t like it.” Over some time and soul-searching, I started to see that being let go did not mean I will never be successful at a different opportunity, and it may be easier to find one, since I already know what I am not skilled in. Had I not been let go, who knows how many more months or years I would have let myself fake it at a job I didn’t like because I did not have the confidence to leave? This kick forced me to put on my big girl pants and find a new opportunity. The small wins of submitting a job application, having a phone interview, or discussing new opportunities with a recruiter boosted my confidence along the way.

I ended up being offered a new position at a company that is literally five minutes away from my apartment, pays better, and is something I am interested in. When I got the phone call at work one morning that I was being offered the position, I felt a surge of pure gratitude and cried my eyes out when I went home that night. This was ten days before my last day of work.

I gave myself a few weeks of buffer time between jobs to reflect on what happened the last few months and how I could be a stronger asset to my new company. I vowed to have more confidence in the office and not be afraid to ask the right questions to learn as much as possible. I became dedicated to building a strong foundation for myself at my new company, unlike the house of cards I built for myself over six years at my former job. The extra free time also allowed me to enjoy things like spontaneous afternoon lunches and coffee with friends I had not seen in a while, concerts, volunteer work at a food and clothing pantry, deep-cleaning my apartment (which felt AMAZING), and taking a wonderful trip to Boston with my boyfriend.

Getting let go from a job is different for everyone, and I realize my unique situation is not the norm. My boss did me the ultimate solid by giving me an early head’s up of what was coming to help me start getting my life together. Even though the severance package had me seeing dollar signs and a fatter savings account, it did really hurt having to quietly and quickly pack my things without being able to say goodbye to the people I had grown close to over six years. I could feel the awkwardness from management towards me as my last day drew nearer. I still felt ashamed and wondered if I would be a topic of gossip or would receive messages of pity if anyone decided to reach out once they heard I was axed. Emotionally, getting fired can be one of the most ego-blowing and embarrassing things to happen to someone, and it personally made me feel like an utter fraud. I remember telling my mom the news when we had lunch together one afternoon and crying over a sandwich asking if she was ashamed of me. She was baffled I would even entertain that thought. That kind of reassurance from my loved ones helped me realize that just because I am not an all-star at one job does not mean I could not succeed elsewhere. Five years from now, I probably won’t care what Jim in Accounting thought of me after it became news that I was gone, and this is just another closed chapter in my life.

Getting fired forces you to think about the values, interests, and strengths you do have (we all have talents and meaningful qualities outside of our current job descriptions — who knew!) which can position you for something better. Remember that everyone who has ever been fired from a job was not destined to a life of permanent unemployment and misery. For me, it was the biggest reset button I didn’t realize I needed.

Candice is a 29-year-old New Jersey native who is a personal finance junkie, owner of a big time salt tooth, and inner cat lady despite never owning a cat.