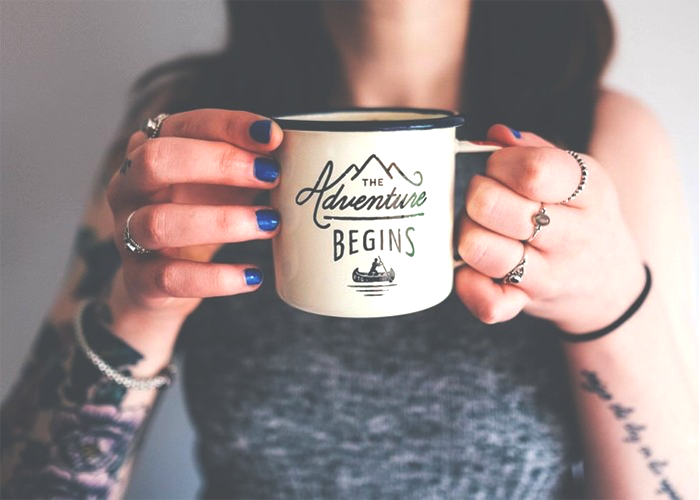 It took me five years to work up enough courage to ask my boss for two weeks off work, so I could do a 40-mile trek to Peru’s Machu Picchu for my 30th birthday. I faced the same conundrums most people with a 9-to-5 share: having enough time and money to make a trip abroad a reality. I timidly entered 10 vacation days into our employee database and nervously waited for approval. Without having to plead my case, my boss automatically approved my vacation request, even though the company policy only allowed employees to take five vacation days at a time.

Six months later, I found myself making a similar request to go to Cuba. I realized that because I had such a good reputation for working hard, I had leverage. My boss wanted to make sure I was happy. In 2015, I took two trips abroad and traveled out of state at least once a month. I’ve written before on TFD about how prioritizing travel got me into financial trouble, but I truly think that was more a result of chasing the travel blogging life by leaving town constantly. However, my savings plans for these two big trips did work well, especially because they forced me to take on an extra job that I now use as an additional source of income. When I requested my first trip off, five months before my departure, I hadn’t saved a dime for a trip abroad. But getting the vacation days approved made it real. I knew I had to buckle down and hustle if I wanted to make my dreams of traveling abroad a reality.

If you have limited time off and don’t work a high-paying job, here’s how you can make your dreams of traveling abroad a reality:

For so many years, I fell prey to the notion that as soon as I could muster up the courage to quit my job, I would finally be able to travel the way I wanted to. Every travel blog I read made it seem like it wasn’t worth it to travel abroad unless you could backpack

for months on end. When I realized that I didn’t want to quit my job, two weeks seemed better than no time at all. I realized that not everyone has a super cool boss, but 10-14 days abroad are doable if you schedule them over an existing holiday, or a slow time for your company. Can you produce additional work ahead of time? As a newspaper reporter, I promised my boss a certain number of stories before I left so there would be more than enough content to fill my absence. I also volunteered to work weekends so that I could get “comp days” when I wanted to use them for future trips.

2. Start side hustling and cutting expenses where you can.

I began saving immediately after I got approval for each trip. Because my salary mainly covered my living expenses, I rented out an extra room in my house. I also began bartending at a local brewery one day a week and put everything I made into a travel fund. I cut back on buying coffee and going out, but did not totally eliminate those splurges from my life. I decided to find one expense that I could eliminate and stick to it. For me, that was buying clothes. I’m proud to say that every piece of clothing I bought last year came from thrift stores. Between the roommate and the brewery job, I was pulling in an extra $500 a month and that allowed me to save up for both my trips in three to four months.

3. Make the trip benefit your career.

Is there a conference taking place somewhere you want to visit? Would you be willing to buy your own plane ticket or registration in exchange for “professional development” days and time to explore a new place? As a journalist, my employers were intrigued by a trip to Cuba, and I offered to come back with several feature stories on what it was like for an American to travel to Cuba. I was able to use a few days as research so that I did not have to use additional vacation days.

Last year, I almost went to Thailand for 10 days, but decided against the trip when I realized that I would be spending four of those vacation days on a plane. Instead, I decided to go to South America, which is only a five-hour flight from Florida, where I live. If you have a limited number of vacation days, then you probably don’t want to spend most of your trip in transit. Pick a destination that you can get to relatively quickly without having to suffer through too much jet lag.

5. Ask for more vacation days in lieu of a raise.

This solution isn’t for everyone, of course, simply because many people would, understandably, prefer the raise. Even though I asked and didn’t succeed on this request, I think it’s worthwhile to ask for more vacation days in lieu of a raise because if your passion is to see the world, then getting a small raise might not help as much as getting more vacation days. As more companies realize that flexibility and quality of life is important to retaining good employees, they’ll be more willing to negotiating with you on these types of requests.

Lacey runs Parachute Journalist, a blog about her misadventures, but is currently taking a hiatus from traveling and throwing dinner parties instead. She is on Twitter.