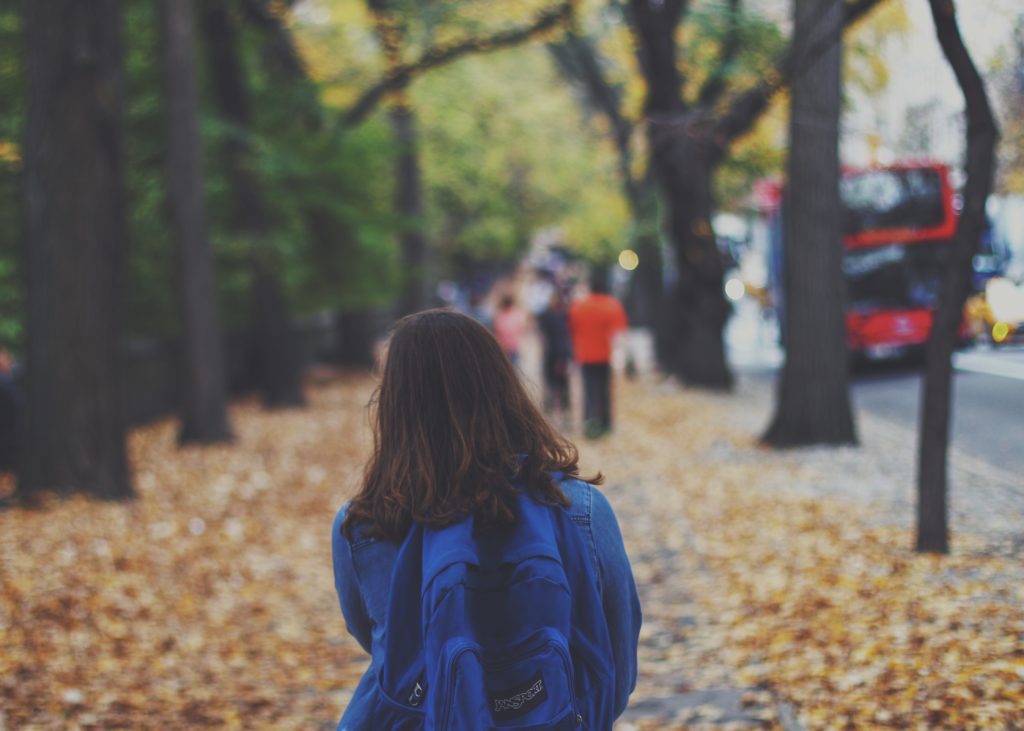 Growing up, I didn’t envision college as a series of work-study jobs. But when my parents became unemployed during the financial crisis, I began to realize that I couldn’t rely on them, at least not for everything. I entered college determined to work for four years, even skipping orientation events to interview for on-campus jobs. But I managed to pay off my student debt in less than a year because I saved up the vast majority of the money I earned during internships and from working four jobs while taking on a full course load of work at college.

It wasn’t easy, and I’m not advocating this method for everyone. But there isn’t really a “hack” to pay off your student loans unless you either begin saving early, as I did, or manage to save a LOT of your paycheck, which usually means living with your parents. I knew, from the moment I took out my first set of loans, that I didn’t want to move back home. It was a personal decision, and if you want to be able to live on your own despite having a large quantity of loans, then I recommend saving from the moment you take out your first loan.

Here are the steps that worked for me to be able to pay off $25K in student debt less than a year after I graduated from college:

1. Be smart about the loans you take out.

My college offered loans that didn’t begin to accrue interest until nine months after my graduation date, opposed to federal loans which begin to accrue interest immediately. I can’t speak for every college in the country, but a lot of schools offer a similar “deal” to the one I was able to get from my school. From the moment I signed off on the loan, I made it a goal to have my debt paid off by March 1, 2019 (I graduated June 1, 2018). Another advantage to this was that it gave me a concrete deadline to work towards, and one that didn’t feel quite so overwhelming, either. Moreover, I knew exactly how much I needed to pay off and didn’t need to calculate the amount of interest I was accruing on a daily basis.

My first year, I only worked one job, which was a library desk job. It was ideal, as I was paid the minimum wage but often found time to do my homework during my paid hours. I also had the option to take on additional hours as other coworkers released theirs, or work during spring break or until the end of finals, so I managed to wrack up a good amount of money this way.

The summer after my first year was the only summer I had a paid internship. I didn’t know that was going to be the case, but I nevertheless took on a few additional jobs during my sophomore year. I began to work for the math department as a grader, began to be paid minimally for a student leadership position, and finally found a role as a tutor to a young girl whose mother worked in campus administration. That job, in particular, paid well and was a job that I managed to keep even while studying abroad junior year. My other campus jobs were also waiting for me when I returned to campus during my senior year, for which I was extremely grateful.

The summer after my first year, I snagged an internship that paid $5K for the summer. I promptly put that money, along with other savings from my first year, into a high-yield savings account. I cannot emphasize this enough, but beginning to put aside money early when you know you will have debt is the best thing you can do for yourself. I could have spent the $5K I earned that summer. But college is one of the only times in your life where it is perfectly okay to roll into class in your pajamas or live solely in slouchy, comfortable, old clothes.

You don’t need business-casual attire, heels, or a number of other necessities that young professionals need to succeed at work. It’s universally acceptable, and so easy, while in college to find friends who will spend time with you while eating cheap food or spending as little money as possible. This becomes harder and harder as everyone slowly begins to earn a real income, so I would take advantage of this time and just set aside any money you earn to then use in the future.

This won’t apply to everyone, but I was lucky that the cost of attending school abroad was a lot cheaper than my college and my financial aid package transferred 1:1, which meant I was paid by my college to go abroad and used that money for my rent, groceries, and other travels during my junior year. While studying abroad did mean that I didn’t have the steady income from my on-campus jobs, I would have likely had to take out even more loans to afford tuition and room & board on campus my junior year, if I had stayed. Moreover, I was able to continue my tutoring job via Skype even when abroad, and I deposited those paychecks in my savings account, which meant I still had savings after a year in Europe.

5. Make it a habit to put aside money to pay off your debt, even after you graduate and have a “real” salary.

By the time I graduated from college, I had roughly $13K saved up from my frugal habits, accruing interest, and multiple campus jobs. I began earning a real salary last September and while I had a multitude of up-front travel costs, I forced myself to get into the habit of setting aside a portion of my paycheck to pay off my debt. It helped that I had a moving bonus to offset the costs of moving across the country, but forming debt-reducing habits early on was important. Needless to say, I was able to save $12K a lot faster than I was the $13K I earned in my four years of college, now that I no longer was juggling minimum wage jobs and only working 15-20 hours a week. The combination of saving early, from practically my first day on campus, to using a high-yield savings account and forcing myself to be as frugal as possible, even though I technically had “pocket money,” enabled me to pay off my student debt in less than a year after I graduated.

There’s no “hack” for paying off debt — you really just have to work at it.

It’s harder to achieve this if you’ve only been saving for a number of months. It’s also harder to resist spending money when you’re a young professional and can justify everything from a happy hour to a new blazer. But being debt-free is such a wonderful feeling, and I encourage you to find ways to hustle, save, and pay off that debt as soon as you’re able. And if you are a college student, start right now! If you want to enjoy your college years a little more and not worry about juggling multiple jobs alongside school work (I got lucky that I was able to get some homework done during my library job), I completely understand. But if the prospect of eventually having to pay off loans is keeping you up at night, like it was me, find a job and start saving. Eventually, somehow, your loans will get paid. But managing to do it without accruing interest and as soon as possible is what I recommend. After all, I’m now able to spend and “treat myself” for all the years I was never able to in college. And yes, it’s worth it.