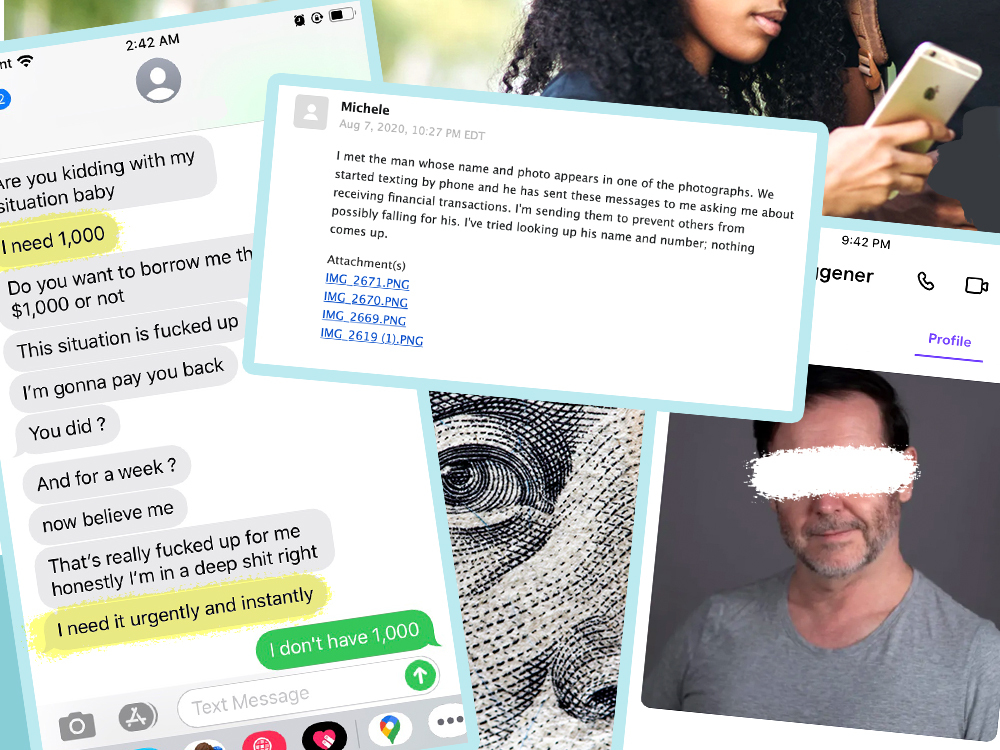 Initially, when I matched with “Chris” on a dating app this past summer, I was hopeful and excited. After all, his profile looked good, and he seemed like a good person.

That is, until he asked for a certain favor.

Luckily, I caught on fairly quickly to his suspicious ways and said ‘No’ to his initial request, and the many more to follow. Due to my adamancy and ability to do so, I’d not only end up sparing myself from heartache, but also saved myself from giving away a load of money to a complete stranger. Or in Chris’ case, a romantic scammer.

Even though MTV’s Catfish: The TV Show has brought the term (and the act of) ‘catfishing’ to the public’s awareness, unfortunately, romance-based schemes have yet to cease existing. Not to mention, online dating websites and mobile-matching apps, as it pertains to dating, make for accessibility in creating fake profiles and fake promises that lure unsuspecting men and women looking for a meaningful connection. But romance-scammers want your money instead of your heart — and a broken heart can also lead to you being financially broke, too.

“Romance-scammers want your money instead of your heart — and a broken heart can also lead to you being financially broke, too.”

For clarity, I’m in my mid-forties, and my match aka “Chris” told me he was in his late-forties. He also said he was originally from Ireland but now lived in lower Manhattan (Battery Park, to be exact), and had a business delivering building supplies to construction sites. He claimed that his work brought him to different states, thus explaining why he had a Texas-based phone numbers, and that he also drove his car from job site to job site.

“Chris put the charm on quickly, and talked about trying to get his work schedule open to meet me.”

I noticed that earlier into our text exchanges, Chris started calling me ‘Baby’ a lot, despite us still not still not meeting in person, or seeing each other’s faces, in realtime. Then one night, I asked him if we could do a quick Facetime chat, to which he hesistanyly replied with ‘Not right now,’ but assured me that we would Facetime before we got together.

Then all of the sudden I got a stream of almost script-like messages, saying that I sounded like his “perfect match” and that he wanted to “establish a quality friendship”  with me. Truthfully, looking back, the whole thing was odd.

Then, a few days later, I asked Chris again if he’d like to try hopping on Facetime with me. He replied curtly, saying he was a “Busy person,” while adding, “I don’t do those things, that is why I call you.” (Mind you, up until this point, our exchanges had been majority non-verbal, including texts and some calls, here and there).

We kept texting into August, and later that month, the biggest red flag of them all, appeared. 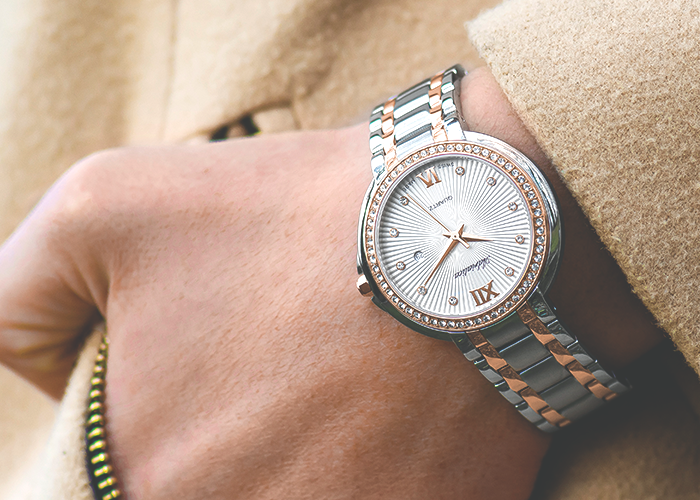 Chris asked me if I have the Zelle app on my phone (which I don’t and had no idea what it was, at the time, either). So I truthfully responded that I didn’t He replied saying he had a payment coming through and implied that, as time goes on, he’d like to send me some money through Zelle. He specifically said: “I can be sending you some cash through it as time goes. Do you have a bank account?”

In that moment, I replied, “No” said my goodbyes to Chris, and quickly blocked his number. It’s also important I mention that, prior to this moment, I shared Chris’ strange texts with an online singles group I belong to. The members quickly confirmed my uncertainties, and their input told me he was trying to “build a fast connection” before there actually was one, and that Chris was indeed a conman.

I also reported him to the dating app we met on and their IT department told me they actually removed his profile. I also checked the Texas-based number that Chris called me from via an online phone directory and unsurprisingly, nothing came up. Even when I searched the full name listed on his dating profile, no results appeared online. While I was disappointed to learn that he was a fraud, I was also relieved that things didn’t go further.

But, it didn’t end there.

After I thought Chris — or whoever he is —  was gone, he came back.

Not long after I cut him off, I got a text from another number with a Texas areacode, to which Chris said he, “Wanted to confirm” that I indeed blocked him. For some reason, I told him why. In hindsight, I guess he was still interested in winning me over and convincing me that he was the real-deal; he even told me that if I thought he was interested in my money, to keep dreaming.

I’ll admit, though still weary, I allowed his new texts to come through, for a little while longer. I don’t know why. I didn’t even put any real value into what he said, nor did I show any signs of forgiveness or second chance giving.

Then, in September, he told me via text that he was robbed at gunpoint during a protest in the city — and lost a whopping ten grand. So I told him to go to the authorities to file a report and, as a slight, text lectured him on why he shouldn’t carry that much cash around. Then a week or so later, he flat out asked me for some financial support, going up and down in the amount he requested. He asked for anywhere from $300 to upwards of $1,000.

For some reason, and perhaps as a test of my own, I told him to send me his mailing address, or to meet him in his neighborhood at a venue that is currently open during the pandemic.

Also, please note that I don’t recommend you doing this action at all, and that I had no  real plans to meet this man in person. I just wanted to see if I could legitimately confirm his identity, through his response. A cautionary word of advice, if someone were to ever put you in a similar scenario, do not give him or her any of your personal and/or financial information, for any monetary transaction, or exchange of information, period. Protect any identifying details about yourself, because trust me, it can would up costing you greatly.

As I hemmed and hawed in my text replies, trying to stay firm on what I wanted him to answer, he got irate and started begging for me to send the money, but still wouldn’t give me a physical address. Because of this, I didn’t budge on my request.

Later, while driving to a social-distancing-friendly event, Chris the Con called my phone. I finally told him that I didn’t know him and we didn’t have a real relationship, yet he seemed to still have hope or self-confidence that I’d send him money.

In our final text exchanges and phone calls, he asked me to send him money via PayPal or Cash App, or if I could purchase an e-gift card, and send him the code so he could access the money. Obviously, I refused.

Then Chris got testy and desperate. In some of his lasts texts to me, he said he was starving and broke, and that I was a “mean person.” So I typed in response that I couldn’t find anything validating about him online, hence why I was hesitant to help him. I guess that’s when he decided to give up; he said ‘fine’ and said his goodbyes.

I haven’t heard from Chris or whoever he is/was since then. I whole-heartedly think he was a scammer, and I’m grateful I chose not to give him the benefit of the doubt. If I’m being honest, had this happened in my younger and naïve years, I might have.

Despite living in the information era, where practically anything you want to find out is online, in February 2020, the Federal Trade Commission released data stating that online-dating consumers reported losing $201 million to romance scams in 2019—up nearly 40 percent since 2018.

In 2019, more than 25,000 consumers filed a report with the FTC about romance-based scams, and over the past two years, the total reported losses to romance scams were higher than to any other scam reported to the FTC. In response, the FTC created an advisory page on romance scams. AARP has similar warning information on its website’s Fraud Resource Center,  as people-of-a-certain age are also turning to online dating in hopes of finding their better half. Sadly, scammers often target an older demographic of romantic hopefuls (primarily those of retirement age), considering that they may lack a certain savviness for online dating, plus they often can have a lot more to lose financially, and are a bit more vulnerable.

The FTC now has a site where you can report a romance scam. While I don’t date much anymore, I would like to find a solid and stable partner without becoming codependent on him. However, if I continue to use online dating apps and match with potential dates, I won’t lead with my heart more than my head — and I definitely won’t involve my wallet.

Check out some of the insane texts and emails below:

Michele Herrmann writes about travel, arts and entertainment, culture, history, food and drink, and other fun stuff for various publications and companies. Her adventures have taken her as far as Fiji, to date, and she is the author of She Is Going Places.

Image via The Financial Diet