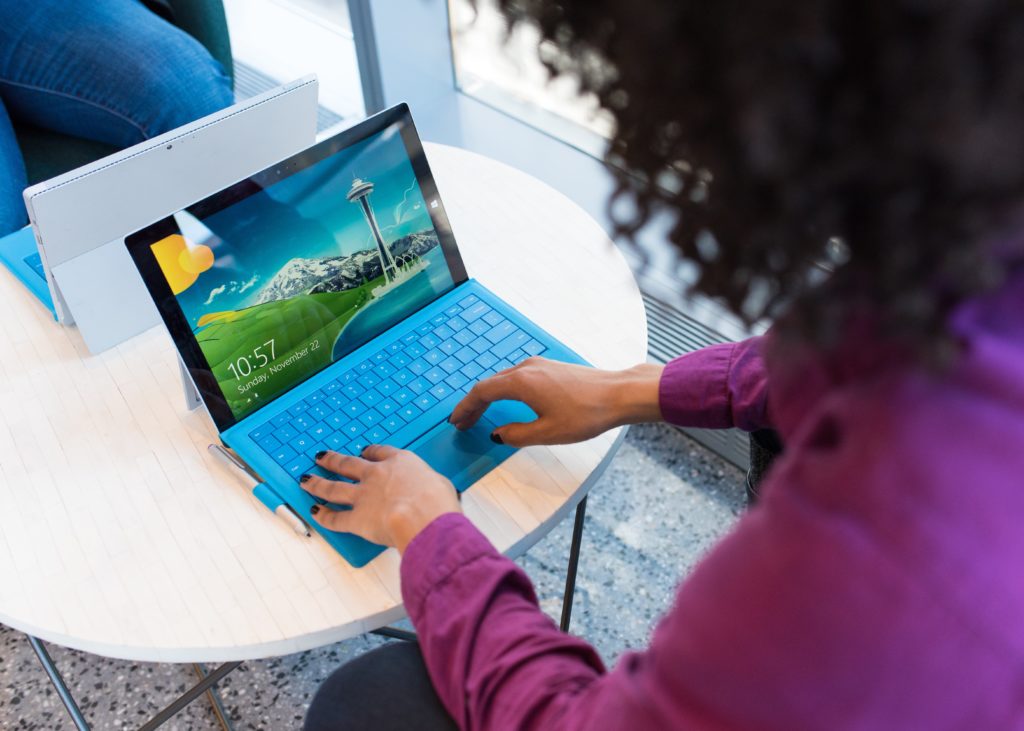 It’s not exactly profound to say that breakups are really, really hard. I like to think of breakups as pulling up a plant that is well-rooted. It may be for the better health of the garden, but it still clings, and those roots overturn the soil from deep down, leaving a hole behind. A (literally) flowery example, but you get the idea.

And I’m not just talking about romantic breakups.

As hard as it is to lose a romantic partner, there is an extra layer of awkwardness that comes with ending a creative partnership. I feel like women, especially, are conditioned to seek out and cling to a “girl gang.” That being involved in the business and creative interests of other women is some sort of ambitious safe space, that will allow you to flourish. No one prepares you for the idea that your ideal, feminist work relationship can turn toxic.

Personally and professionally, I have always thrived on aligning myself with teams of women (precisely for those warm and fuzzy feminist vibes I mentioned earlier). I enjoy working with other women and am also a strong believer in supporting people that are working towards projects I believe in. I entered such a partnership and dedicated myself fully to being a supportive collaborator. I recognized that I had the tools to uplift this person and that they had the tools to help me build upon some of the skills I wanted to refine. I was so excited to get involved that, much like the blush of being in love, I didn’t even see the red flags.

The traits of a toxic creative partnership are almost exactly like those in a romantic relationship. First, there’s dishonesty. The trait of talking out of both sides of their mouth. Watching someone be kind in person, and seeing them talk shit later. Then, there’s jealousy, and realizing that you’re involved with someone who can’t be happy for you. From jealousy, there’s often possessiveness and control, wanting all of your time and energy and not wanting you to have anything going on outside of your relationship. You find yourself being blamed for things that have nothing to do with you and get the notion that you’re being gaslighted.

A professional and personal tip from me to you: If you find yourself fighting over and over with someone who always claims that it’s “just a misunderstanding” once the dust settles, get out.

Which is exactly what I realized I had to do. This partnership was strangling the work that I was so proud of. Working with that person wasn’t satisfying. It was draining, it was constant tension, and no matter what I did, it never seemed like enough. My work quality suffered while the obligation to stay hung around my neck like a weight. Most of all, it was making me hate the work that I had originally been so excited to expand on.

From the romantic perspective, I’m sure plenty can relate to the situation where one party holds on because they just don’t want to hurt the other. Even though the relationship is ultimately doomed, there’s a sense of obligation and honor for what used to be there. This was what held me back for months. I still believed in what this person was trying to accomplish. I was thankful for the doors that had opened up for me. (Although, I also learned that giving that partnership credit for that was wrong. My accomplishments are my own.) The decision to leave was difficult but ultimately improved my life in so many ways.

When considering your own toxic creative or professional relationships and whether or not a “breakup” is in order for you, think about these three things.

1. Relationships are ultimately for networking.

All of our connections in life are meant to foster growth. In our personal lives, that’s social growth and growth in our happiness. In business, that growth often translates into opportunity and mentorship. To take it back to the plant analogy, new growth is an indicator that something is thriving and not just surviving.

The same mindset should be brought to how your work relationships help you grow. In my case, the feelings of jealousy and control made me feel guilty about pursuing opportunities to grow my network and grow in my own goals. It made it impossible for me to grow to bigger and better places. Suffice to say that I was not thriving.

Part of that “girl gang” approach to female connections in business and creative pursuits is the ideal of helping others up the ladder. Pull people up with you. That’s good advice. Having a network of people that are stronger together means that everyone can be working towards their best self. But having a network does not always mean that your network will support you in getting where you want to go. Be aware of that distinction.

2. Self-care is one of the keys to success.

We’re only human. Working in environments where you are unhappy, drained, and over-stressed not only kills our ambition and productivity but slowly kills us as well. A point to hammer home, in any professional or creative capacity, is that you have to make your well-being as much a priority as your work product.

I had reached a point in my own partnership where passions started to feel like a slog. And it wasn’t because I had stopped loving my work. It was because I felt stifled and pinned down. My old anxiety issues started to enter areas of my life they had never touched before because I was optimistically pouring so much of myself into a project that could no longer serve me in a positive way.

Self-care, in this instance, doesn’t mean retail therapy or a home spa night. It means being real with yourself and realizing where you want to go and, more importantly, what you need to get there. There is no work that is worth doing when it’s wasted on people and projects that harm your mental health and undervalue your time and efforts. When choosing a business partnership, or choosing to leave one, remember that it’s your well-being that matters most. No opportunity or sense of obligation is going to be worth more than the meaningful work you will lose by trying to exist in a toxic space.

3. Learn to give a damn about your reputation.

Not every breakup has to be a sloppy drama. Sometimes they’re more like an amicable divorce, an understanding that you’ve grown apart and that a separation is what’s best for both of you. Regardless of what happens, the only thing that matters is that you get to decide how to respond moving forward. One of my biggest fears when dissolving my creative partnership was that I would poison the network I had built and stunt myself in the future. What if they lashed out at me? What if people asked me what had happened? My collaborations had been a huge part of building my professional reputation, and I was about to hack off a piece of that identity.

We can’t control what anyone else says or does. What we can do is be consistent and enthusiastic and have faith in our decisions. Part of working on a project is being able to brand yourself. The self-care component of a business breakup is that you have been able to get real with exactly what you want. What kind of work you want to do. What kind of people you want to work with.

Striking out on your own gives you the opportunity to put forth a consistent product and image, that tells people around you everything they need to know about working with you. If the worst happens and the bad vibes follow you after you separate, this is just an opportunity to be the bigger person. How you respond to the fallout speaks volumes and sends a message to your professional network.

Remember: No one is going to care about you more than you.

There is no Cosmo article about breaking up a business partnership, so just remember this: You are worthy of fierce advocacy and no one is going to take better care of you than yourself. Intimacy is just as real in our creative and professional networks as it is in our personal relationships, and sometimes the two areas of our lives blend. Breakups are hard, but they can make us better. Always demand better.

Caitlin is a lean, mean writing machine based in Austin, TX. 9-to-5 marketing genius. Film critic by moonlight. Writer and grammar police, always. When she’s not writing, Caitlin annoys everyone around her with her obsessive relationship with podcasts, movies, and coffee. She has a no-nonsense Twitter and a “business in the front, party in the back” Instagram.