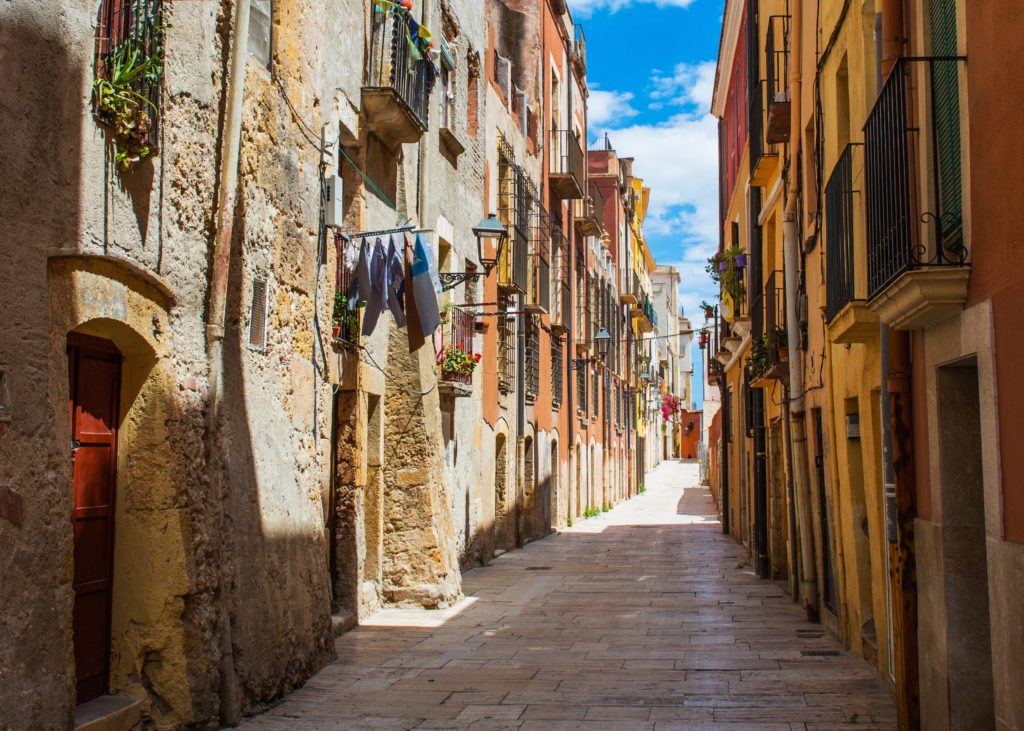 Last April, I traveled to Europe on a tight budget. I flew from D.C. to Munich to stay with one of my close friends, and then we both went on to Madrid to meet up with another close friend. Why was my spending so restricted? I had recently quit my full-time job, and was only working part-time, living mostly on my husband’s salary. I had lots of time off (and flight benefits through my mom), so I decided it was a convenient time to make the trip even when I had minimum funds.

I could spend $500 maximum during the entire 7-day vacation, which converted into 440 euros. That doesn’t sound like a lot, and it wasn’t. But two things helped make it work: My friends are also frugal, and a handy sidekick in my pocket helped me track my spending on the go — Google Sheets.

I had never tried using Google Sheets to budget for a trip before, but it worked so well that I’ll try it again on my next trip.

Here’s exactly how I used Google Sheets to track my spending:

What I did before I left

A few days before I started my journey, I sat down and created the Google Sheet. This decision was smart in hindsight since it would have been almost impossible to find a spare minute to sit down in a WiFi-equipped zone once the trip began. I wrote out each day of the trip in the columns, including the two days of travel. In each of the rows, I typed in my four spending areas: food, lodging, transportation, and extras.

I started with my lodging budget, since it would be the largest of the four. For the first two nights, I would be staying with my friend in Munich, so that wouldn’t cost me. But we had already booked an Airbnb in Madrid, so I knew it would cost 43 euros per night each.

Then I moved on to my food budget, the next considerable expense. I estimated I could survive on about 33 euros per day on food, and possibly less. Trying to eat breakfast at the Airbnb would make it easier (except for the essential morning of churros and chocolate in Spain). That left 10 euros per day for transportation and 5 euros per day for extras. A meager 5 euros every day for extras might seem insufficient, but most days, I didn’t even spend this. It helped that coffee and gelato went into my food budget.

I only budgeted for 407 euros in total since I wanted to leave a little wiggle room. After writing out the rows and columns on the Sheet, I inserted an auto-sum in each of the rows and created “Total Budgeted” and “Total Spent” columns. Google Sheets works like Microsoft Excel, allowing you to automatically add up columns or rows of your choosing. Less mental math is never a bad thing.

Finally, I made sure that the Google Sheet would work on my smartphone without being connected to WiFi since I didn’t have an international data plan. Lo and behold, I could pull up the Sheet just fine without internet.

How it worked on the go

Even though I was entirely in vacation mode, I still updated Google Sheets throughout my week of travels. It was too easy not to. When I bought ice cream, I could take out my phone and add it to the food total for the day in about 30 seconds. Or, if I forgot a few items throughout the day, I took 10 minutes at the Airbnb that afternoon to insert them. It became a game for me, and I got excited when I found I was under budget or on target for spending. I shared with my friends what I was doing, and it turned into a fun talking point.

The ability to access the Sheet without WiFi was key. I could pull it up while taking in the views at the Palacio de Cristal. Then, when I did connect later, the Sheet saved my changes automatically. This feature helped me to avoid forgetting to add my purchases.

Using a detailed travel budget was new to me. In the past, I had always saved up a lump sum and casually tracked my bank account as I went on, relying on the cross-my-fingers method when I returned home. But by following my spending so closely, I felt more confident in how my bank account was faring. Could I afford that 4-euro tower of burrata on bread and topped with fig jam? Heck yes I could.

This heightened awareness of my spending made me think twice about buying things I didn’t need. I passed by a thousand leather purses that I might have splurged on otherwise, and at the end of the trip, I had extra money left. The last day, when I found a gorgeous black leather duffel bag at a boutique thrift store for 39 euro, I knew I could afford it. In the end, I only spent 366 out of 440 euros budgeted. So I came in about $100 under my original budget.

Here’s what I would do differently next time:

Would I use Google Sheets again for a travel budget? Absolutely. But there are a few small things I would tweak to make it easier to use. First, I would make sure to auto-sum each of the day’s totals. I had only auto-summed the total spent throughout the trip, so I couldn’t tell how far ahead or behind I was each day. Some days I had overspent, and it would have been easier to see that up front rather than having to do calculations.

Additionally, I might leave out the pre-paid costs, like lodging, from the day-to-day calculations. Since only 3 of my 7 nights required me to pay for an Airbnb, it confused my daily spending. I would put that expense elsewhere on the Sheet and use the main calculations part purely for variable costs.

I went from a travel budget newbie to wanting to shout its benefits to the world. And Google Sheets made it straightforward and simple. I found a digital budget easier than trying to scribble on paper and do the math in my head, but feel free to try other methods and see what works best for you. The next time you take a trip, don’t steer away from budgeting because you’re worried that it might ruin the relaxed vibe. For me, it did the opposite—and I still ate my fill of gelato and coffee.

Tiffany Verbeck is a freelance writer and storyteller who helps small businesses and entrepreneurs tell their brand story. She runs a professional blog on personal finance at www.tiffanyverbeck.com and a personal blog on growing up in Indiana called Midwestern Transplant. She can be found on Twitter at @tiffanyverbeck.