How I Went From Quintessential Spoiled Kid To Accidental Minimalist 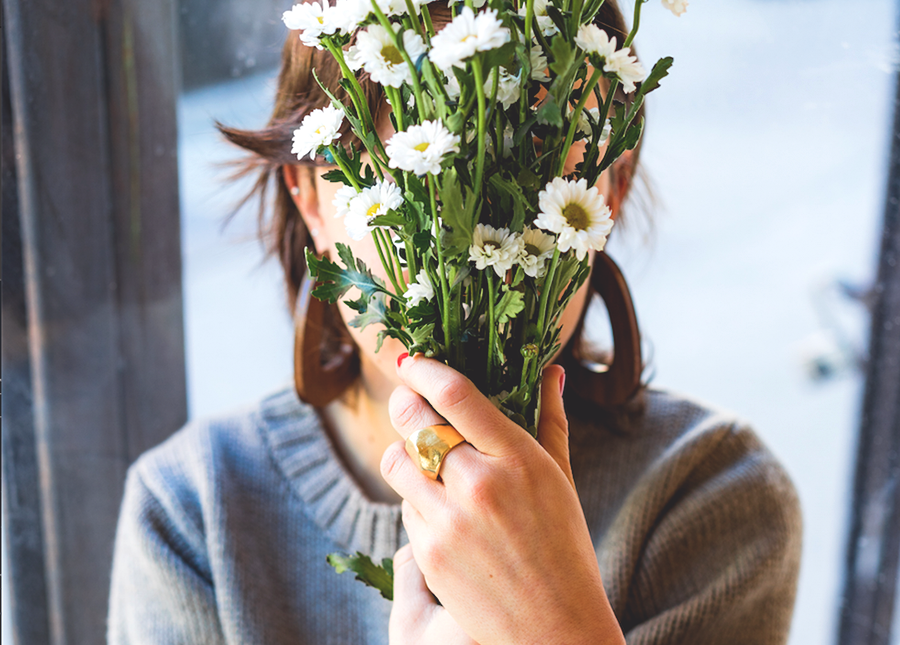 “Where are the rest of your clothes?” “Are these all the boxes we’re moving?” “What do you mean you don’t have a junk drawer?” I’ve heard these kinds of questions more and more over the last several years as I’ve dived (spiraled?) further into minimalism.

The questions I heard in my childhood were very different. “How can you find anything in this mess?” “What do you mean you’re bored? You have a room full of toys!” I always got everything I asked for, and then some. I really did have an entire room full of toys. But it was always a mess — I couldn’t get to most of it, much less enjoy it. My mother and various babysitters were constantly reorganizing and shuffling things around, but I don’t remember getting rid of much.

I started on the road to minimalism by accident. The college I attended was a commuter school for almost everyone except me. Many students lived 15-30 minutes up the road, and could make multiple trips on moving day. My four-hour drive from my hometown meant that everything I needed for an entire semester had to fit in my car the first time around — making more than one trip was not an option. As someone who grew up with a lot of stuff (and is admittedly sentimental about almost everything), the process of deciding what had to stay was akin to torture. It was hardest the first semester, when I was going to a new place far from home where I would be surrounded by strangers. I longed for familiar things, and it was hard not to be able to have all of them.

But the more I got into the habit of minimizing, the better I felt. It was nice to know for certain that my things would fit in my car. Packing became less stressful, and to my surprise, I found I didn’t miss my stuff. By the time I graduated, I was a semi-pro. When I moved into an apartment with my now-husband, I only had with me what I brought to my last semester of college. In the nine years since, I’ve taken just a handful of things from my childhood home.

Despite living a minimalist lifestyle for almost a decade, I didn’t know there was a term for it until about a year ago. While searching for something to watch on Netflix, I came across a documentary called Minimalism: a Documentary About the Important Things. These two lunatics, Josh and Ryan, gave up basically everything in pursuit of a different kind of happiness: one that didn’t demand more (more things, more money, more buying), but less (less stuff, less angst, less envy). I was hooked. I purged hundreds of things with the KonMari Method, donated a ton to charity, and tossed the rest with a kind of zen chill I’d never experienced. It was cathartic…and kind of embarrassing. I donated four big bags of clothes and jewelry, plus kitchenware and home decor. It felt good to pass the items to people who would enjoy them, but I couldn’t help but feel ashamed at my taking it all for granted.

Because truthfully, I can’t talk about minimalism without talking about privilege. Parting with items means I have extra, that I have many things I don’t need. I have been gifted or am able to buy high-quality things, and I can afford to maintain them. Not everyone is so fortunate. Hopefully I’m done with mass purging and feeling bad about myself for holding onto too much. I had a moment of absurd pride during our last move when I found my husband wandering around the house looking for the piles of stuff to donate or throw away. They’d always existed before — this time they simply didn’t. We have just what we need, and not much more.

Some of the benefits of this lifestyle are obvious: I don’t lose stuff often, I don’t spend money without thinking, and I don’t have much trouble getting rid of things that don’t add value to my life. But I think the biggest change I’ve seen is a mental one.

I have generalized anxiety disorder. My brain is constantly full of thoughts, tumbling over each other, rattling around like dry beans in a mason jar. It’s so chaotic in my head that I have trouble being in loud places — and messy counts as loud. When I come home and there’s a pile of dirty dishes in the sink and our bed isn’t made and the living room is a mess, it can genuinely give me sensory overload. I either have to fix it all or hide somewhere until I can face it.

Being a minimalist helps my anxiety-soaked brain rest. A house with fewer things is easier for me to keep clean and tidy, and I have more space to display the items I really love. Mostly this means books — about 300 at last count.

“That doesn’t sound very minimalist to me,” you might be thinking. This is another important lesson: minimalism looks different for everyone. It’s completely customizable, and there’s no wrong way to do it (although Chelsea’s article describes something pretty close). My books are my most precious possessions, which add incalculable value to my life.

It’s not all candy and roses, of course. Purging and organizing is fun, but one thing I’m still wrestling with is minimalism as a relationship management strategy. If I’m being careful about the things I keep, shouldn’t I also be careful about the people I allow in? This doesn’t mean I’ve gone nuclear and cut people from my life. But I have pruned my friends list, unfollowed negative people and accounts, and am working to build stronger bridges between myself and friends who I believe are positive, kind, and fun to be around.

Minimalism isn’t for everyone, and it won’t magically fix everything. But if you can keep an open mind, use what works for you, and ignore what doesn’t, you, too, might find yourself an accidental minimalist.