How Much It Costs Me To Maintain My Natural Hair 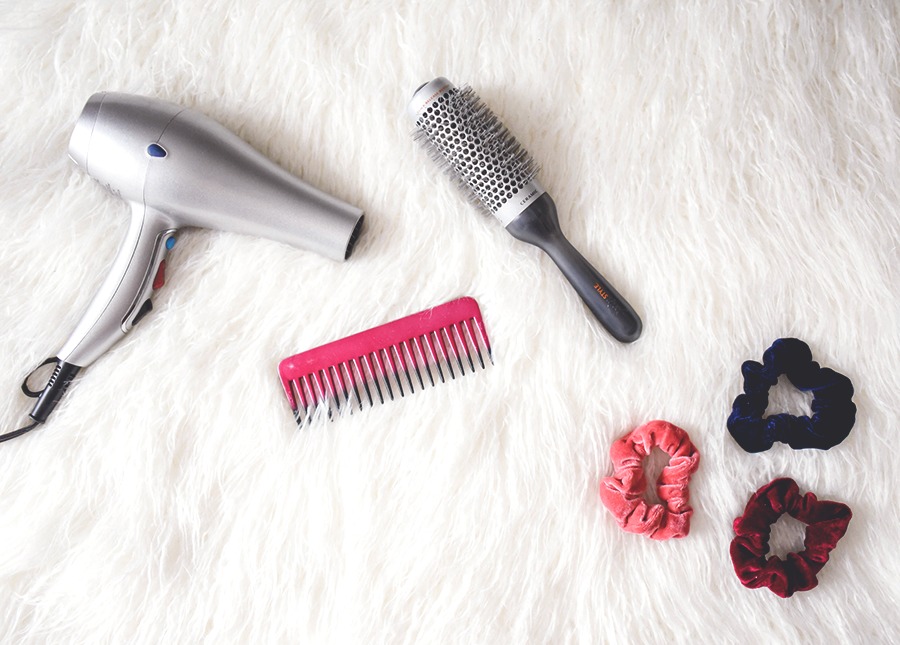 I’ve been natural for five years now, as in I no longer chemically straighten my hair with a relaxer (a chemical mixture that permanently alters your hair’s natural texture). I first decided to embrace my naturally kinky hair when I was a freshman in college, partly because months before starting college, I had bleached my hair blonde for my high school prom. I knew that if I had dared put a relaxer on my scalp, all of my hair would fall right out, since would be incredibly weak and brittle from being over processed.

Additionally, maintaining straight hair had become way too costly, especially as a college student living on a modest income from a work-study job. When I was chemically treating my hair, I spent a lot of money paying hairstylists. Every six to eight weeks, whenever I had a considerable amount of new growth and my hair was no longer as bone straight as I liked, I would go to the hair salon for a touch-up, and those visits would typically set me back $60 – $80 each time. In addition, every week, I would get my hair professionally washed, treated and blow dried, and that would range anywhere from $30 – $50 depending on where I went. While I could’ve technically relaxed my hair at home, it was far wiser to leave it to professionals, considering how easily the process can go awry. No joke, when done improperly it can cause major damage, like hair or scalp burns. After all, they are comprised of highly potent chemical agents, so you have to be extra careful while using them.

All of that considered, I made the decision to stop using relaxers altogether. The expense just wasn’t worth it to me anymore. And, ultimately, I was only doing it because I believed that in order to be respected or seen as “professional” by others, I needed to have straight hair. Thankfully, I eventually learned that was simply not true and just a result of me being taught from a young age that Eurocentric beauty standards (straight hair, white skin, blue eyes) were the ultimate ideal I had to live up to. Now that I have natural hair, I do manage it at home. I wash it weekly (unless I have braids or a weave in — then I cleanse it bi-weekly), treat and trim it myself — and it’s flourished under my care. Seriously, my hair is the longest it’s ever been, and it’s incredibly thick, too. And beyond its length, looking after it is costing me less than having relaxed hair ever has.

But let me take a step back — when I first went natural, I had no clue what to do with my hair. It was the first time I ever had to deal with a texture that was anything but straight. So for the first couple of months of this new journey, I bought far too many hair care products — I just didn’t know better. Back then, what I was shelling out for my natural hair amounted to more than what I used to paying at the hair salon. But once I learned more about taking care of my natural hair, I cut back on what I was buying. Plus, admittedly, through my line of work as a beauty writer, I sometimes get samples of products free to test out, like deep conditioners and moisturizers, which lessens how much money I spend on hair care. That said, I have developed a liking for certain products and ingredients like coconut oil, so I don’t solely rely on those freebies.

Here is what I typically buy to use on my hair these days, and how much they cost. Keep in mind my medium-sized conditioners that you wash out usually last me two or three months, while it takes four to five months before I run out of shampoo since I only use it once a month. As for my oils and deep conditioners, I go through those within two to three months, save for my extra virgin coconut oil (the same kind you can use for cooking), which takes me about six months to use up. Also, for a leave-in conditioner, I often will mix aloe vera gel (usually from Trader Joe’s, since it’s cheap and I get two months of use out of it) and water in a spray bottle.

Like with pretty much anything, how much someone spends on their hair will, of course, vary by person — and that’s no different than with natural hair. How much one spends on maintaining their natural hair will always depend on their exact texture, their brand preferences, and what it is their mane needs to thrive. Personally, going natural has been one of the best life choices I’ve ever made, both for my self-image and for my finances. Ultimately, I’ve found it to be far less pricey than having a relaxed hair — and for that, I couldn’t be happier.