How My Partner & I Make It Work As Total Financial Opposites 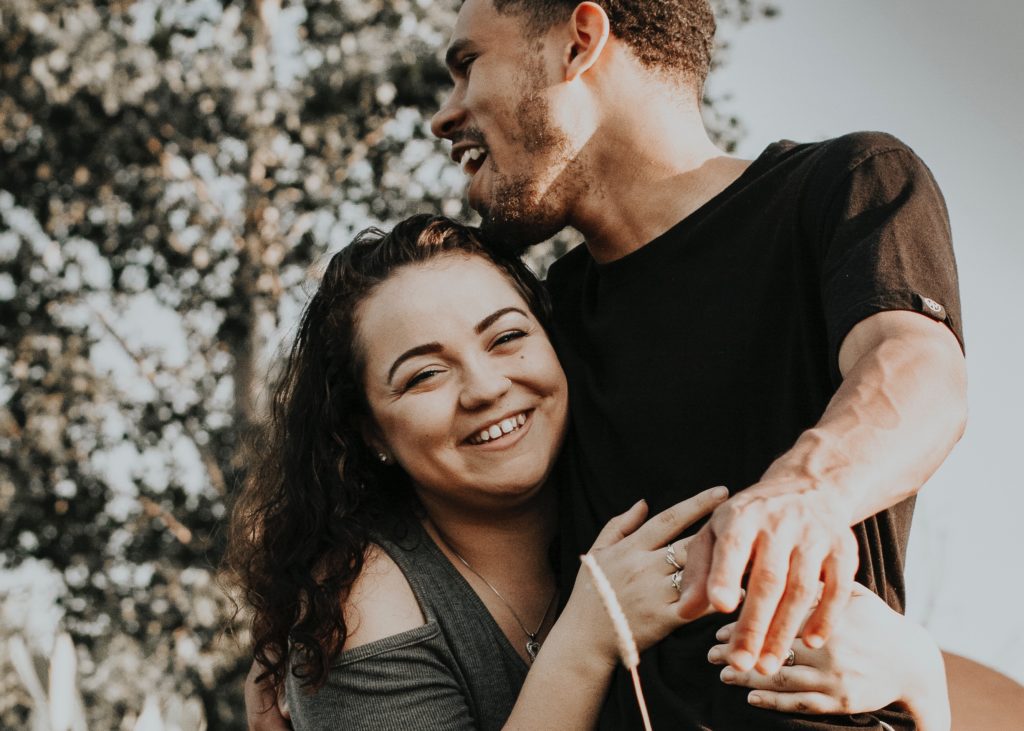 It seems like every time a lifestyle publication has a headline that reads “top 10 signs you’re headed for divorce,” we’re only reading about the negative ways having a different approach to finances impacts relationships. There are rarely any blog posts or advice columns focusing on the couples that make it work even when they are on opposite ends of the money spectrum. While it is true that money is a huge part of any relationship and can often be a sour subject for couples, it is possible to work through your different philosophies on money on finances and come out on the other side unscathed and stronger as a team. Here’s how my husband and I do just that:

1. We have separate and joint accounts

This isn’t earth-shattering advice, but it is an easy way to combine a lot of our financials while still maintaining our own autonomy over money. My husband and I did not have a combined account until we had been married for a year. When living together while dating, I had all of our combined bills — power, water, Internet, etc. — auto-drafted out of my checking account. Every month, he would give me cash for exactly half of our combined living expenses. We were each responsible for our own individual expenses, such as my student loans.

To this day, that is still how all of our bills are paid. We decided to open a joint money market account at his bank after we were married in order for us to contribute to shared savings, and it was the start of our emergency fund. Since then, we’ve grown our savings and combined expenses where we could, such as adding me to his car insurance and dropping mine. My husband and I both have separate checking accounts and credit cards, and as long as the bills are paid and we are contributing to our savings, we mostly don’t care how the other spends their money. Charlie is the guy who wants to splurge and build out a home theater with a projector and screen and surround sound, while I am an impulsive shopper and can walk into Target needing one thing but leave with 12 things I could definitely live without. It doesn’t matter that he thinks Target is a money trap, and I would be perfectly fine with a plain old TV — we know that we won’t face criticism or judgment when we come home with those purchases. Our only real requirement over individual accounts is that our credit cards are paid off in full each month, and that neither one of us is feeling financially strapped. We are able to acknowledge if one month we went overboard and are open to insights on how to reign it in without it leading to an argument.

2. We regularly check in with each other over any concerns and make big financial decisions together

When we first got married, Charlie would get defensive if I criticized some of his spending, and would accuse me of trying to infantilize him. The phrase “I feel like you are making me ask for permission” was very common the first year or two of marriage. After saying “I do,” it suddenly became “our” money, not just my mine and his. While we had maintained separate accounts, It felt like “our” money being used to buy a $700 motorcycle helmet, and I felt like he wasn’t helping out enough with “our” day-to-day purchases, such as groceries or pet food. I started thinking about how I was the one spending my money on his food, toilet paper, and vet bills, while he wanted to spend his money on things that only interested him and acted put out when I would ask him to pay at the grocery store.

We were, at times, very critical of each other, and I often became resentful if I felt like I was spending more money on necessities for us both while he only seemed to care about what he wanted. However, after taking a step back and trying to see things from his point of view and asking him to see them from mine, we began actively making an effort to keep communication open and remain calm. With that, we were able to come to some basic agreements on certain aspects of our financial lives. After two large purchases he made that I felt were completely unjustified, we made it a rule to discuss any purchase that would be over $500 — even if it was coming out of our own individual checking accounts.

I know that, since coming to that agreement, I have helped him realize that just because he wants something doesn’t necessarily mean he should get it at that time. On the other hand, he has helped me learn to loosen up a little bit, enjoy life as it comes, and quit keeping score. These days, when there is a large purchase being discussed that we don’t see eye-to-eye on, we have multiple discussions in an attempt to reach a fair compromise. Most recently, my husband has become obsessed with a very specific car with a $36k price tag. His only justification to me for why he should be able to get it is “because I want it!” Which is not a good enough reason for me. We’ve had multiple conversations about this car, and I finally came to see that I could lay out 100 reasons we shouldn’t get it — all he would say is how much he wanted it. We finally came to an agreement that when my car and student loans are paid off in the about years, he can make that splurge. I asked him to stick with the car he has now so that we don’t take on any more unnecessary debt, and that the day my car is paid off, he can walk into a dealership and get his dream car. It gives him something to work towards, and he has two years to save money or help make extra payments to existing debt in order to pay it off sooner. Neither one of us feels cheated or angry; instead, we have made a firm decision that makes us both happy.

3. He reminds me constantly how lucky we are to be where we are financially

In a roles-reversed situation, I desperately want to move out of the house we are renting and into a place with all the modern luxuries and potentially a shorter commute. I don’t care if we end up living somewhere outrageously priced. I just want out. The catch is, we are renting from a family member and have an extremely low rent. We live in a quickly growing area and it is not uncommon for studio or 1 BR apartments to cost $1,000+ a month. We pay $600/month for a 1,600 square foot house on 5 acres of land. Deep down, I am able to be logical and realize it would be nothing but regrets if we didn’t ride it out until his family decides to sell.

However, I am guilty of wanting to keep up with the Joneses and tend to focus on what’s wrong with our house instead of how lucky we are. The house was built in 1955, and while it has “good bones,” the walls are made of plaster and are starting to crack, and the windows are creaky and do nothing to help with energy costs. The bathroom has no ventilation, so I am constantly fighting mold buildup, and there is so much wood paneling on the walls and ugly carpet covering hardwood floors. In the era of Pinterest, I can’t help but want to live somewhere nicer, and I cannot stress this enough…more energy efficient. My husband constantly reminds me that before we moved into our current rental, we struggled to pay our bills and still have a semblance of a life. We moved into this house about three months after we got married, and the relief was almost instantaneous. In the five years we’ve been renting from his family, we have saved a significant amount of money that we never would have dreamed of otherwise. We were able to get out of the cycle of living check to check and we are able to indulge in things like a vacation once a year and dinner out once a week without stress.

So yes, while I’m dreaming of fancy kitchens and bigger bathrooms, my husband is there to gently remind me that what we have is perfect and not everyone is as lucky as we are and that usually brings me back down to earth.

4. I am his reminder that we have long term goals to work for when he wants to indulge his FOMO/YOLO tendencies

My husband turns 36 this year, and before March of 2019, he had zero to show in terms of a retirement fund. While he’s never worked anywhere that offered a 401k, I’ve been begging him to open an IRA at our bank for years. I use the same old cliche everyone does: You’re just losing out on all that compound interest! Or you need to have a million dollars in an account by the time you retire! While I am very lucky to work for a company that offers a 401K and matches a percentage of my contributions, I didn’t really understand that value until I started getting closer to 30.

However, my husband likes to say that he’s never going to retire, so he should be able to spend his money now on what he wants. That is where I come in to remind him that there are many reasons for needing that “safety net” as we age, such as rising healthcare costs, potential for injuries or illnesses rendering him unable to work, and the ability to afford a reputable and safe nursing home when that time comes. We don’t plan on having kids, so we have to make sure we won’t have any financial strain as we age. He also stubbornly resisted life insurance policies for each of us, and if I didn’t make doctor appointments to check out any ailments and keep him healthy, he would never seek medical attention for anything.

Generally, he prefers to live in the moment and not stress about all of the boring and tedious parts of life. I am able to help him see that we don’t have to stop living in the moment completely in order to be prepared for the future financially — we just have to be smarter about our expenses and paying down debt while also being able to save. My husband likes to tell me that I stress too much over everything, and I tell him he doesn’t stress at all over anything. Once we were able to put our egos and pride to the side and effectively communicate with 100% transparency, we have found ways to let our differences with money help us grow as a couple.

Liana is a 30-year-old nurse living in North Carolina with her husband, their dog, and their cat. She is hustling hard to pay off her student loans early and start saving to buy a house. She also has an unrealistic dream to one day have a dog rescue, with the sole purpose of being surrounded by a ton of dogs all the time.