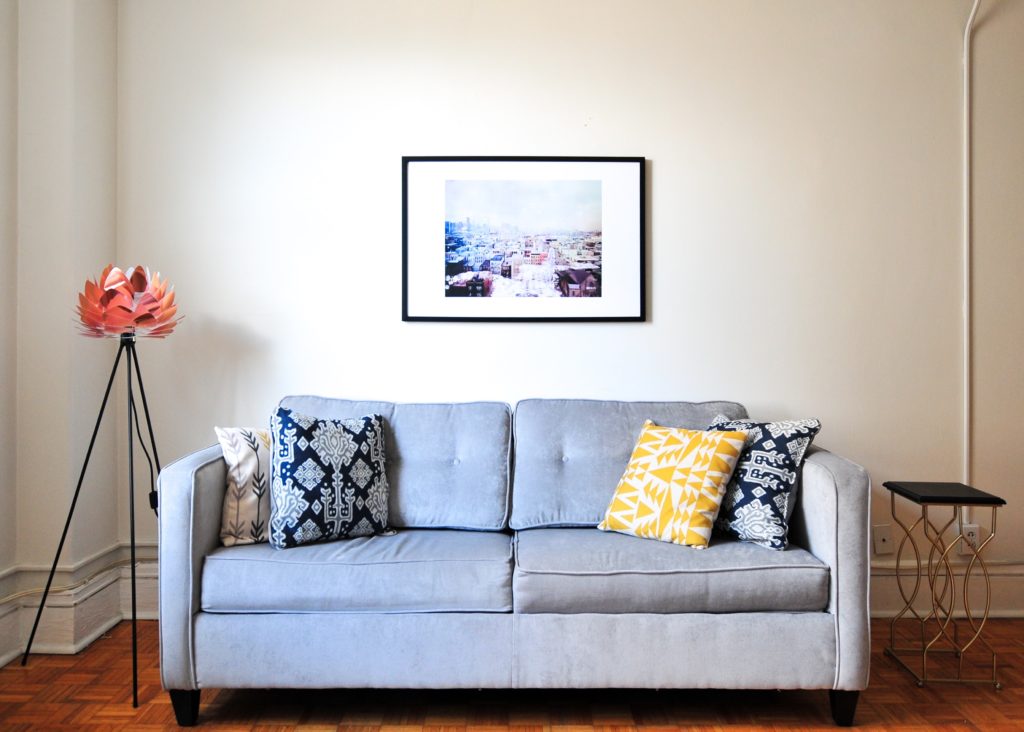 My partner, Cassie, and I started dating long-distance. She had graduated and moved out of state already when I was still a student. This meant that during the first year of our relationship, when we were together, our spending habits were always in “vacation mode.”

Now, I don’t know about you, but Kaylie on vacation spends a lot more money than Kaylie at home. But it was okay — our week at a time of high-roller spending was offset by the surrounding weeks of low-cost virtual dates. Our early romantic bliss involved eating most of our meals out, wooing each other over champagne and handcrafted cocktails, and traveling up and down the east coast. But when we moved in together, we had to answer a wakeup call. And when I say wakeup call, I don’t mean a soothing, soft awakening from your slumber by birds chirping outside your window; I’m talking an air horn right to the ear.

The impact of moving in together

After I graduated, I left Florida, she left Rhode Island, we met in the middle and rented an apartment in North Carolina. I wasn’t sure what I wanted to do right out of college, so I got a job at a local coffee shop that paid decently. I also picked up a few hours a week as a personal assistant running errands for a family. My partner had a salaried job with great benefits and worked from home.

We hadn’t quite gotten out of vacation mode, so we weren’t really saving much, but things were going pretty well…until they weren’t. A couple of months into us moving in together, my partner lost her job.

I (a fountain of good, sensible ideas) suggested that it was the perfect time to hit the road. I’d quit my job, we’d pack up my 2002 VW Jetta that I affectionately called Thomas, and drive across the country to see some sights, friends, and family, eventually land in Phoenix to work for a bit. And my beautiful, loving, supportive, and adventurous girlfriend said, “…sure?” So we did it; we continued the vacation!

The trip out there went pretty smoothly; we stayed with some friends, camped, and since I have such a huge family out in Phoenix, we even had a free house to stay in once we got there. We spent a couple of weeks selling solar panels door-to-door for my uncle’s company.  We were making ends meet, but not much more. Right as things started to pick up, we made the call that we needed to cut our trip short and head to Philly to care for Cassie’s grandma, who would be having surgery soon.

“Vacation mode” was getting more and more tense after a couple of weeks without a stable income, but we were trying to keep it going.

As an underlying current to this whole trip was an intense, mysterious pain that Cassie kept experiencing. En route to Philly, we made an uninsured trip to urgent care (and spent hundreds of dollars we didn’t have) for the doctor to tell us “nothing is wrong, maybe you’re experiencing menstrual cramps.” (Many months and dollars later, a doctor finally properly diagnosed the issue and solved the problem.)

A few days after urgent care, my car died. Like, died died. Like “resting in pieces somewhere near Manhattan, Kansas” kind of dead. We rented a car (with more money we didn’t have) and booked it to our final destination where Cassie picked up some babysitting jobs while taking care of her grandma. I flew back to Florida for a couple of weeks to work for my family’s business during their holiday rush. Things weren’t great, but they could have been worse.

Of course, over the next month, things got worse. Two days before Christmas, Cassie was in a bad car accident. Even though she made it out with just a bruised knee (thanks Subaru!), she totaled her grandma’s car.

Then, on December 30, 2016, we arrived back at our North Carolina apartment. The next morning, we woke up at 7 AM to the sound of our apartment flooding. Water poured out of the ceiling and out of the light switches. I wasn’t sure whether to laugh or cry. I decided to laugh, figuring more water was the last thing we needed. We were evacuated from our apartment and moved into another unit.

It had been four months since my partner lost her job, and we had accumulated $15,000 in credit card and medical debt between the two of us. Neither of us had a job, we were down one car, our morale was sinking, and the financial stress of it all was beginning to affect our relationship.

We were no longer on vacation.

While we accumulated a lot of debt in those previous months, we also learned a lot of lessons. These have led to a stronger and more intentional relationship with each other and with our money, and they’ve helped us dig ourselves out of the hole we had found ourselves in.

The biggest money lessons from early in our relationship:

At the start of 2017, we knew we had to figure out our finances, and fast. We each came from different money scripts and knew we would need to get on the same page about some things in order to pay off the debt and set ourselves up with a strong financial start for the life we wanted to build together. Couples often put off talking about money, thinking that it isn’t worth talking about until you’re engaged or married. Fortunately, our situation forced us to start talking sooner rather than later.

These conversations were tough at first, and often began (and ended) in tears. But after living with constant stress and having to crisis solve on our feet during the previous few months, we knew we could handle anything if we approached it as a team. We also knew we didn’t want our lives controlled by financial stress.

This starting point — a vision of a life we wanted and the commitment to work towards that life together as a team — was what shifted our money conversations from arguments about spending to conversations about the future we wanted to build. Discussions about money and financial planning soon became part of our daily routine. By paying attention to our finances rather than pretending they didn’t exist, we gained control over our money life. Money (or lack of it) went from being a source of chaos to something that we were excited to tackle.

Lesson 2: There are a ton of ways to make money.

While we were on the road (and in the immediate aftermath), we knew we needed to be bringing in as much money as possible so that we could cover our expenses, begin paying off debt, and save for a car. While we were figuring out what our next full-time employment would be, we did a ton of odd jobs from dog walking/boarding to freelance writing and photography. We sold things online and used cashback and grocery apps to lower our expenses. Even after we each were back to full-time employment, we carried this lesson with us and continued to make money through our side hustles, picking up random opportunities to make extra cash for our goals. In the three years since graduating from college, I’ve made money 15 different ways outside of my full-time jobs.

Lesson 3: Focus on gratitude and happiness

The lesson that paid the biggest returns was that we needed to think critically about what actually brought us happiness. In the midst of all of the chaos and setbacks, we started a routine; each night before bed we would talk about the things we were grateful for. After a while, we realized that the list almost never included eating out or happy hour and other things we had previously spent not-insignificant amounts of money on. We learned to incorporate, and really appreciate, small luxuries in our days and cut back drastically in the areas we didn’t care much about. Even once we were making good money again, we kept our spending focused on the things that brought us happiness, and saved the rest.

Lesson 4: Things can change. Fast. But you can also adapt. Fast.

The final lesson we learned was that things can change in the blink of an eye — for better or for worse. It took one day for my partner to lose her job. It took four months for us to rack up $15,000 in debt and lose a car. It took one bad pipe to flood our apartment. It also took one interview for me to land a job with a mediocre salary but great benefits and a free furnished apartment (working as live-in staff on a college campus) allowing us to cut our expenses significantly. My partner went from being unemployed to a director of marketing at a software startup, making solid money with even better benefits.

Things change. Sometimes you have control over it, and sometimes you don’t. But you can make the most of it. Because of our past experiences, we like to keep a healthy emergency fund — just in case. But we’re also not afraid of taking risks; of betting on ourselves because we know that even when things get tough we can usually figure it out when we work together.

My partner recently left that director of marketing job after two years to build up her own business and work for herself. She had already started building up a client base through her side hustling and wanted to take the plunge. Because we already figured out our financial life, we’ve been able to make that work and buy ourselves some time while she builds up to making the equivalent of her previous salary. Cutting our expenses and saving our money didn’t leave us feeling deprived — it gave us more options and the freedom we were looking for.

That first year of us living together was difficult, but I wouldn’t change a single thing about it. I’m so grateful for those experiences because they forced us to talk about money and confront our bad spending habits. It taught us lessons about our own resourcefulness and resilience. Within our first year of being employed full-time again, we were able to pay off all $15,000 in debt, pay off $22,000 in car loans, save an emergency fund, and begin investing aggressively, all while still traveling and enjoying the things that truly brought us happiness.

The lessons we learned — along with a good bit of luck and privilege — allowed us to put ourselves back on track to build the life we want, not a life we want to take a vacation from.