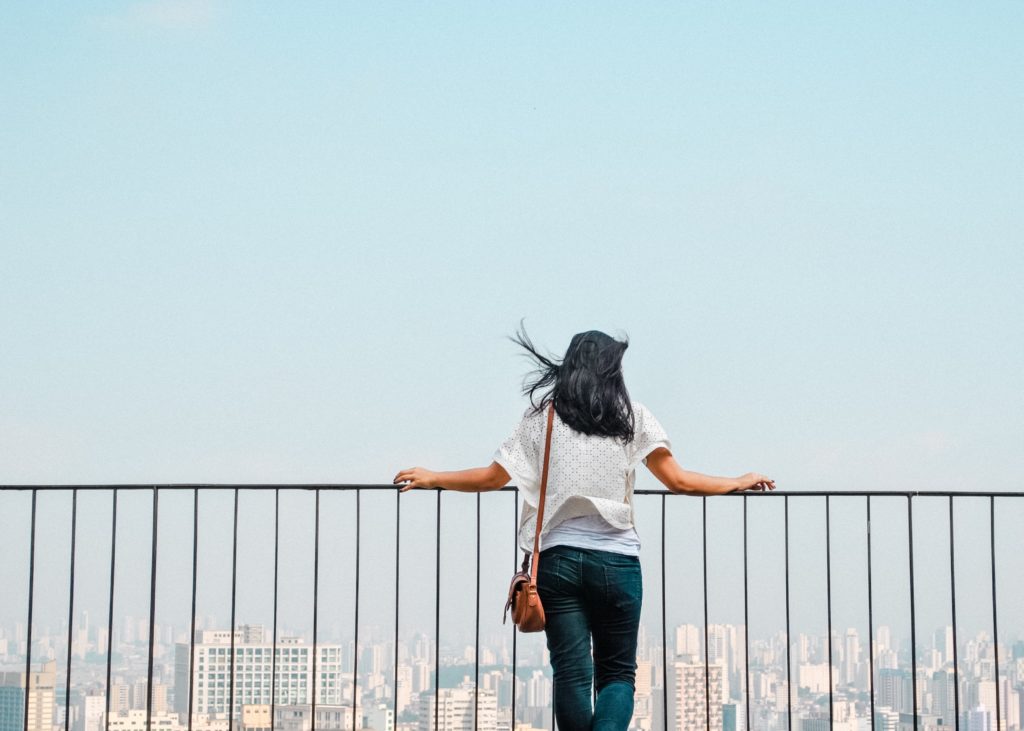 Education is one of the most important things in my life. When I was in college, it offered me a chance to escape from tumultuous home life. It offered me the chance to think for myself. Later on, it became something I thought I was going to dedicate my life to. Then I quit.

Landing on a solid career path

I was fortunate enough to land a teaching gig right out of school. When they handed me my Masters’s degree, I was already signed on to teach 12th grade English. This was exciting, as I had a “real” career.

After the first year or so, I was wedging my way into the art department, which was where I really wanted to be. That’s when I thought everything would change. I had the impression that when I was the art teacher, everyone would want to create. We would get to make things every single day. What a dream!

Sadly, there were a lot of things that got in the way of that. It wasn’t about teaching or making as often as it should have been. I lived in denial of this fact for some time. I told the checker at the grocery how fun my job was, as I threw my tampons, pencils, and vegan cheese on the belt. But I knew I only told him how fun my job was supposed to be. My intentions were to teach and be the best teacher I could be. Yet, not too long into teaching, I realized it wasn’t about education anymore. It was about the numbers. Graduation rates and politics took precedence over learning. I was having to “adjust my standards.”

I felt an intense conflict when I decided to quit. I mean, I loved it…or at least the idea of it. I wanted to help students find their voice. I wanted to create every single day with students, teach them new ideas, and help them feel comfortable enough to take a risk. I think I even managed to accomplish this, despite the politics. I worked in a school that was rough, to say the least, and I burned out after five years. Feeling unsafe, isolated, and disrespected were causing me some serious mental blocks. There were a few too many accepted injustices for educators.

I slowly decided to quit

It really took me about two years to make the decision to quit. I didn’t just throw the hat in one day.  It was an evolution. It was something that chipped away at me.

I took some time to do some serious self-reflection. I read books like Your Money or Your Life by Vicki Robin. I looked at what I wanted my money’s mission to be thanks to Work Optional by Tanja Hester. I decided I wanted to make money from what I create. I wanted to create every day, as a writer, designer, and photographer. This is why I had spent four years getting a BFA and an extra year completing an art thesis.

I wasn’t finding any of this amongst the chaos of the school system. So, I decided to open back up my photography side hustle that helped me through college. I stayed on top of my blog. I also started writing guest posts and, soon enough, landed my first freelancing gig. I made a business that was actually growing. So did my confidence in leaving my career. Once I started designing logos, websites and writing consistently I knew it was actually possible to quit.

My partner was ready for me to have a break

For about eight months, I was working two full-time jobs. The freelancing work plus teaching was consuming my every minute. The worry and anxiety about my students and the school politics were soaking up the rest of my emotional energy.

My partner noticed the changes over the five years. My fading of energy. My lack of laughter and joy. My inability to relax, unwind and decompress. I was resistant to the idea that my new business would be enough. It was about half of the current compensation I was making as a teacher. I wasn’t dedicating all my time to it, either. So, my partner did what he does best, and he made a spreadsheet. We crunched the numbers and decided that even if my client ratio stayed the same (which it didn’t), we would be fine if I quit teaching. We had both funded our emergency funds. We were now engaged, and our money was slowly combining.

Of course, we had things working against us, too. I would still be paying back my student loans. There was also a high possibility we would be moving in January of the following year. Still, the numbers seemed to work out. I was even more convinced this was the right move.

I started this story by saying how essential education is for me. I believe in it with every ounce of my soul. This means that at some point in my life, I might be back in the classroom. I am not done with education — but I was done with where I was working. I saved all the curriculum I created for every art class and I submitted my resignation. The day after I sent this in, we heard the word that my partner was receiving a hefty raise. I don’t normally believe in “signs,” but I was willing to take this as a good one.

The last year of teaching was successful in many ways. I wrote grants and founded the first-ever student-curated gallery space. My photography class participated in an International photo project that looked to acknowledge heroes in the community. More graphics design students than ever went off to design school. I left something big behind, and some room to come back.

Why it took bravery

As much as I prepared to leave, had a plan, and left with grace, there is a laundry list of reasons why leaving a “good job” was a bad idea. I mean it’s not going to be easy either. It would be hard to reinvent myself. It would be hard to give up Public Service Loan Forgiveness, great benefits, a pension, and paycheck consistency. How stupid, some might say. I know, I would say back. This kind of judgment, and even the guilt I felt from quitting were all rooted in fear. Fear of the unknown. Fear that I wouldn’t make it. Fear of being a quitter.

Perhaps the most potent fear was one of letting the students down. When you work in any kind of public service there is a serious shame attached to quitting. As if you’re letting yourself down and those around you. How dare you. That is exactly what I was going to do. I dare to quit. I served others wholeheartedly for five years. I dare to say that I don’t have any more left to give right now. I dare to let go of that feeling of obligation and make my money’s mission happen.

Bethany McCamish is a freelancer and founder of the His and Her FI blog. She believes that transparency and conversations about money are essential in gaining control of finances. When she is not working, she can be found hiking with her massive dog or traveling the world and taking photographs.