How To Be Broke While Earning Six Figures 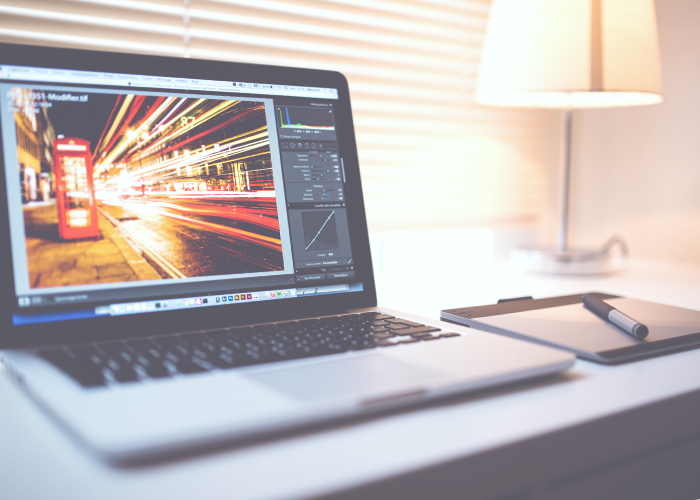 Ever since I moved to NYC, I’ve come across more young individuals who earn a good deal of money. It doesn’t surprise me, and it’s simply a by-product of living in the biggest city in the country (and state with a very high earning potential). And, when you’re living just a few subway stops away from mid-and-downtown Manhattan, it’s inevitable that you’ll run into people in their mid-twenties who work within big industries — like finance, tech, and consulting — that pay higher salaries. Some of these lucrative industries pay insane salaries to new grads fresh out of school, and I’ve read through a ton of articles online that explain, in detail, what it’s like to make that kind of money very early on. To me, the idea of securing a salary in the 100k-200k range (while 46% of millennials are making under 25k) seems somewhat mythical.

I always imagined how I would react — emotionally, professionally, and socially — if I were to earn a salary that high. Would I overspend? Would I have no financial pressures or concerns? Would I bother even crafting a budget for myself, or feel indifferent because there’s not as much pressure to track? Would I cook for myself or eat every meal out, and blow through my money? It’s interesting to examine the behaviors and financial strategies of those who earn, say, above 100k, to see if they consider themselves to be in a better or worse situation from having earned a paycheck that size. So, I did just that. I starting researching what it’s like to be a millennial earning 100k+, and the results were actually kind of shocking.

The sentiments expressed by individuals earning that much ranged from brutal honesty about the things they waste money on (like $100 cab rides to work), how much they’re taxed, and why making 100k doesn’t make you rich anymore. I came across one article in particular, that really piqued my interest, which appeared on Business Insider (which originally appeared on LearnVest). It provided deep insight into the reality of making a very sizable $100k income, yet feeling (and actually being) broke. Holly Michaelson*, a 28-year-old pharmacist who found herself in deep financial trouble, said she knew she needed a change when she flat out couldn’t pay her bills despite earning so much.

She talks about how she easily racked up nearly $14,000 in credit card debt and medical expenses. While the medical bills she incurred resulted from a car accident, which wasn’t her fault, her health insurance only covered 60% of the $200,000 of hospital expenses. Despite Holly being in the top 6% earning bracket for her age group, that unfortunate event, combined with less-than-savvy financial decisions, led her to the dire situation in which she found herself.

In the article, Holly expresses sentiments that I found similarly described in a number of other articles online.  Because of her high salary, Holly felt like she deserved the luxuries she indulged in, and didn’t think twice about treating herself to things like apartment furnishings and expensive nights out — she felt she “deserved them” for working so hard. She goes on to explain her financially-damaging mentality, saying:

When I was in spending mode, I didn’t realize what was happening. Now that I have distance from my spending spree, I can see how quickly and easily the debt grew.

I can totally see how something like that might have happened to Holly, and why having a 100k salary served as a kind of security blanket that she mistook as a barrier between her and potential financial desperation. I know from first-hand experience, combined with stories and experiences of my own friends, how easily our budgets slip out of control when we go into autopilot spending mode. In Holly’s case, she describes it as a gradual “perfect storm” of circumstances that set her up to fail. The truth is, for most people who aren’t making six-figures, it doesn’t take long for that storm to hit.

Apparently, 100k doesn’t promise the same financial security that it once did, and a salary that high hardly pushes you over the edge into “rich” territory anymore. An article on Bankrate describes this phenomenon, and says that the cost of living and price inflation has contributed to a widening gap between the aura of a six-figure paycheck, and what it actually gets you. It says, “Due to the rising costs of food, energy, college tuition, health insurance and the growing ‘necessities’ of a middle-class life, a $100,000 salary in some parts of the country covers little more than the essentials.” Frankly, it’s insane to read that you can still come up short while making 100k, and it made me acutely aware of how most of the country manages household budgets with incomes way lower than that.

I can completely understand from where Holly’s mentality stems. I’ve always been the type of person who can live really frugally if/when they need to, but if the money is in front of me, I’ll spend it. To me, it seems like the more money I make the more I spend, and I know I’m not alone in that pattern of behavior. (There’s a reason why I used to direct deposit a set percentage of my paychecks into my savings account, so I COULDN’T EVEN SEE IT and be tempted to spend.) However, it doesn’t mean that we can’t come back from financial mistakes, and the same way Holly’s story continues onward and upward, so can ours. She talks about the ways in which she fights her way out of debt, and how she enlists the help of her mom to keep her accountable and on track. She describes her plan of action, saying:

Now my spending freeze has set me on a plan to pay down my debt quickly. My goal is to put $800 to $1,000 a month toward my balance. I don’t go out for dinner nearly as much as I used to, and I pack my lunches almost every day. I’m also committed to keeping extraneous expenses to a minimum.

While total spending freezes aren’t feasible for everyone, they’re a radical and effective way to stop the metaphorical “bleeding” and begin to patch things up quickly. It was inspiring to read through how Holly managed to implement changes to her budget and spending habits almost immediately. Read the article in full to see what exactly she cut out, and how she made the decision to cut it.

Never forget that there are always solution There are tangible steps to take to get yourself out of debt, which we’ve written about on TFD before here, here, and here. Check out these other super-interesting articles that talk through the experiences of other millennials earning a high salary, and what it means for their lives.