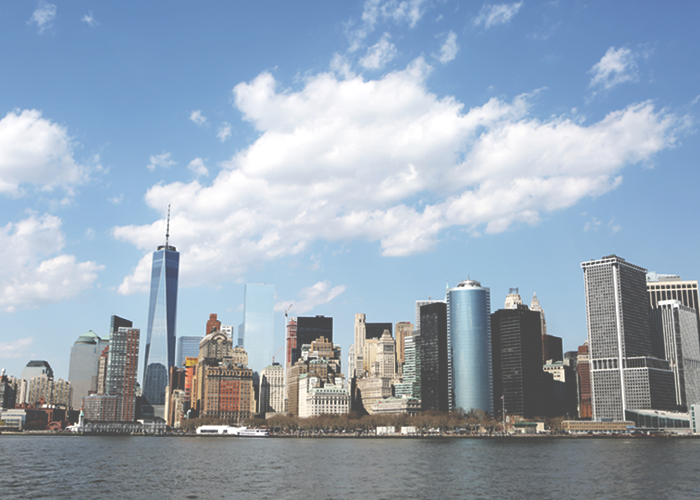 Marc and I signed the lease on our new place last night. (!!)

It was a big deal — the first apartment in NYC we really had the time to choose, a totally new neighborhood (and borough), and TFD’s first-ever office! It was a decision that I didn’t take lightly, and in fact spent several days in a mild-but-sustained panic over, because moving is fucking enormously expensive in New York (our broker alone got paid a cool 4,000 dollars, which fine I get it, but also come on), and because it wasn’t just going to be our new apartment, but our first office. I knew I needed to make the absolute right decision, and over the past few months, I’ve looked at about 10 apartments in-person and hundreds online, and I’m confident that I picked the winner. But the thing about real estate is that you never know when the perfect place is just around the corner. Pulling the trigger can be hard.

But we did it, and we’re so happy. And though you will be soon seeing tons of content around the new apartment/office that my mom is helping us DIY into fabulousness, I should give you a little explanation of what we ended up choosing, and how we made that decision. Because as my mom likes to say, in New York City, you can have it all, but not all at once. You’re always going to be sacrificing something, and it’s important to decide up-front what you’re willing to give up, and what is non-negotiable. This is true in every city to some extent, but it’s definitely true in NYC, where one-bedrooms can easily edge towards the $4,000/month price point.

For us, obviously, we needed a two-bedroom. TFD’s operations have been spilling out of my bedroom and dining room for the last year, and it was just not sustainable. The ability to separate my work life and home life was essential to mental health (mine and Marc’s), and being able to close the door on your work at the end of the day is something we were very overdue for. With Lauren recently moved to New York, it was crucial that she have a desk and space of her own, and that necessitated, at the very least, a room to dedicate just to TFD.

This also meant we needed to have two reasonably big bedrooms, one big enough to function as a home office AND guest room — with a daybed or pullout sofa — and the other big enough that Marc and I can sleep comfortably and not feel like we’re living in a walk-in closet while TFD takes the lion’s share of our living space. This meant that we needed to look in areas where you could get a lot of space for a decent price. We wanted to stay within a reasonable budget because spending at the absolute top of your income is ridiculous, and I’ve already been in a situation where I was putting half of my monthly check towards rent — it fucking sucks, even if it’s the norm here. TFD is a growing business that needs as many resources as we can dedicate, so we took the top of our budget and shaved off $400 a month.

For our needs, this broke down to a few places: South/East/Central Brooklyn, Queens, Harlem/upper Manhattan, and New Jersey (lol). After a brief look around the different options in Brooklyn, we realized that it was important for us to live in Manhattan at least once in our New York tenure, and that we absolutely loved Harlem every time we went to visit my parents, who live there. So why not Harlem? While it’s already on a crazy upswing in terms of price, it’s still the one area of Manhattan where you can get a lot for your money, while also being surrounded by beautiful architecture, history, and culture. Many New Yorkers don’t consider it, but our new place has a view on this campus, which I shamefully didn’t even know existed until my parents moved there. Off the bat, we knew that Harlem was the place for us.

So we started looking at different units in the neighborhood and realized that our “want” list would really break down into the following:

It became clear right away that these were not all going to be an option, and it became routine to see places that hit almost every note except one, but which felt just “off” enough to not pull the trigger when it came time. I revised my wants, keeping in mind the fact that neither Marc nor I have to commute to work (he’s out of town four days a week, and works at home on Friday, usually). This meant that the first thing to take a hit was an express train, opening us up to see a bunch of other options on the less-convenient trains, which abound in Harlem. (There are like 10 freaking lines up there!) We saw a few great places that were in lovely locations and hit every note, but were a 12-minute walk to the closest train. I did that once in life, and never again. You become a bitter, resentful hermit for the entire winter. I knew we needed to be close to a train, even if it was a slow one.

Once we’d narrowed down a few places that were close to a train and had two bedrooms, the choice essentially came down to this: Do we take an extremely airy and well-lit apartment with a traditional two bedrooms, or do we take a less-well-lit apartment that is a duplex, with a studio downstairs that would function as office/guest suite, and has its own bathroom. While the duplex might sound like the obvious choice, after having spent two years in a railroad apartment with extremely poor lighting, I was incredibly gun-shy about having an office area with only one window. (Both apartments had excellent open kitchens and great living spaces/second bedroom size, so that wasn’t an issue.)

Ultimately, it seemed clear that, with a well-lit main floor, the duplex aspect that would provide a great separation for work, its own bathroom, and TONS of space for us, would be the right choice. Yes, the office is not incredibly well-lit, and it’s on the 1 train (ughhhhh), but it’s a minute walk from our stop and will provide TFD with an actual office space (with its own separate entrance if we want to use it), instead of just a little bedroom. (Plus, exposed brick walls, which I admit has been the object of my New York City lust since I first moved here.)

For all of this, we pay what we paid for a crappy one-bedroom in Williamsburg. This means, of course, that we will no longer have 10 artisanal coffee shops and 4 old-timey barbers per square block. We will no longer be in Hipster Disneyland, full of J.Crews and glass condos and (admittedly delicious) cheese shops. We’ll be living in a part of the city that is distinctly considered less ‘cool,’ but frankly, I’m thrilled about it (although a Whole Foods is opening up this fall across from the Apollo theatre which is… well, it is what it is). I used to believe that being in whatever neighborhood 20-somethings were living in was worth paying out the nose in rent, and am glad to have come to my senses that this is an insane way to live. I have realized that the most important part, if you spend a lot of time at home as I do, is the apartment itself. Not being near an express train sucks, yes, but it’s a small price to pay for a place that makes my heart swell at a great price.

Finding this apartment, and having so many things to consider in the process, has made me realize that everyone has a list of about five things they really, really want, and that it’s up to all of us to look at our lifestyles and decide what can get struck off the list. And while it’s hard to ever feel like you found the ABSOLUTE ULTIMATE BEST PLACE, it’s easy to be honest with ourselves about what we really love, and what we’re gonna care about on a day-to-day basis. We just have to realize that holding out for getting all five things at once, unless you’re a millionaire, is going to be really hard, especially in New York City. But take it from someone who now has a spiral staircase in their apartment (!!!) — anything is possible.