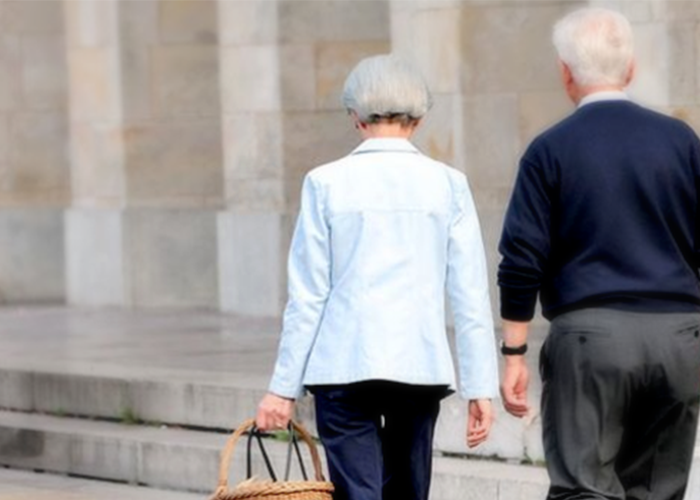 There are few things that people find more difficult to talk about than money and debt. When you couple that already difficult-to-swallow topic with the dynamic of the child and parent relationship, things are bound to get tense and slightly awkward. According to the National Endowment for Financial Education, Seven in 10 adults “have difficulty talking to their families about who will make financial decisions on behalf of an aging family member who becomes unable to handle their money.” If you are one of the many people out there who may have parents in a less-than-rosy financial situation, or don’t really know how you would handle their bill payments, assets and investments if something unexpected were to happen, then it might be time to have a conversation. It’s a #raw topic I know, but nonetheless, it’s something that has to be dealt with while all parties are able to.

As someone who considers themselves close with their parents but who has literally NO idea of the state of said parents’ current financial situation, I decided it was high time to do some research into how to get this conversation started. It was making me feel uncomfortable to know that if something terrible were to happen to them that I would be left standing there to shrug my shoulders and look to my older brother for help with devising a plan of action. Here are some tips to get the conversation going and get yourself informed so you’re prepared to handle anything that life may throw at you.

Be as open and understanding as you possibly can.

Discussing medical and financial situations with your parents feels awkward because, well, it is. The conversation represents a slight shift in roles that everyone is wholly unused to experiencing, and for some people it can be the first foray into the uneasy sphere of “child as caretaker.” Make sure that you begin the conversation casually, saying something like, “You know, in taking care of and getting more organized with my own personal finances, it made me realize that if anything ever happened to you guys I wouldn’t even know where to begin in handling your assets.” This opens up the conversation to a more collaborative discussion, as opposed to you coming off like the person who is just going to come in and usurp control. In approaching this conversation, remember to be understanding and patient with parents who might feel reluctant to initially discuss such a sensitive topic. If it takes a couple of attempts over the course of a couple months, so be it. Better that you lay it out on the table now than trying to do so when someone is sick or unable to make lucid decisions.

Sometimes the right time to have a conversation such as this is after a life event like a birthday, holiday, anniversary, etc. Picking an event that signals change, growth and the general passage of time provides an opportune moment to capitalize on conversations about the future and how to best prepare for it.

Focus on the positives.

Make sure to ask questions about what your parents may have saved for retirement and what they may have thought about ahead of time in order to stimulate larger conversations about gaps that need to be filled in. Much like taking criticism or having productive discussions with colleagues in a working environment, conversation will flow more easily when you start with the positives and transition to the problem areas as opposed to first highlighting areas in which they are not financially savvy yet. That’s a downer for everyone and you don’t want to throw them on the defensive right from the get go.

Get the information you need.

Everyone reading this article is going to stand someplace differently in terms of the relationship they have with their parents and how old their parents are. As a millennial, having a conversation such as this could be the furthest thing from your mind, but it’s never too early to begin thinking about engaging in an open discussion with your parents. If your parents are in the slightly older age bracket consider getting a concrete list of things that you’ll need to know in case of something happening such as the name of their doctors, a list of who they have designated to make health care decisions on their behalf, bank accounts, insurance policies, copy of their wills, etc. The more information you have the less you’ll need to scramble around in the aftermath of something potentially bad happening when emotions and stress are high and the ability to think rationally is difficult.

If you are one of a couple of siblings who will be involved in the decision-making process on your parents’ behalf, it is best to have conversations early on about roles and responsibilities that each of you will play. Transparency around these issues will avoid confusion and hurt feelings. Having you parents there to explain what they want will only make these conversations more productive, and it will remove the need for one sibling to take charge and dictate tasks to others. Be careful to steer this conversation away from sounding like a discussion centered upon who gets what, which can be upsetting, and has the potential to get tense quickly. Focus on concrete tasks such as who is responsible for paying which bills if a parent is unable to and who in in charge of contacting lawyers, advisors, etc. This is also a good time to discuss who could potentially be responsible for parent’s debt in the case that someone has cosigned a loan or credit card with them.

Giving yourself and your parents ample time to prepare financial decision-making processes in the case of an untimely death or one of them becoming too sick to handle bills themselves will make you feel more knowledgable and self-assured to take control if the situation demands it. Preparing yourself for the worst while hoping for the best is a mantra i’ve always lived by, and this holds true when it comes to discussing touchy topics such as this with my parents and family. I’ve still got a lot of learning to do before I feel comfortable handling it by myself, but these additional resources found here, here, here, and here can help.