How To (Not) Age Gracefully On The Internet: A Letter From The CEO 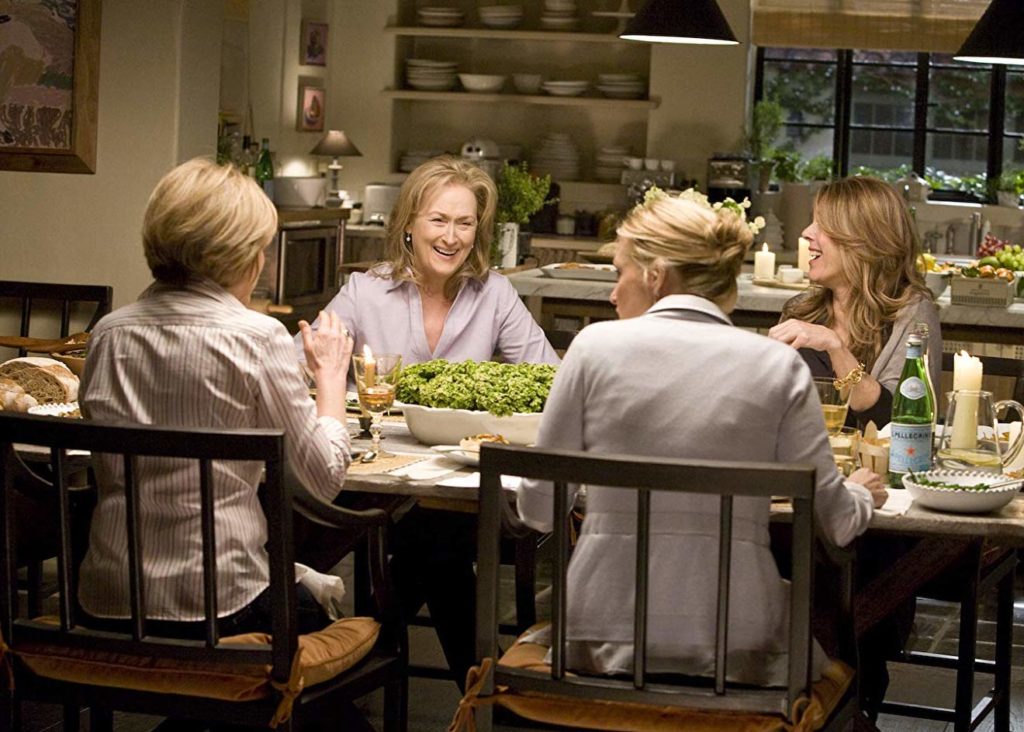 Read more of Chelsea’s Letters from the CEO column here.

Every so often, out of both a desire for accountability and a sheer, morbid curiosity, I allow myself to truly consider the amount of formative time I have spent on the internet. Even being part of a generation whose first forays into things like romance and social hierarchy were filtered through the cryptic away messages of AOL Instant Messenger, the amount of myself that has been defined both because of and in view of the internet has been unusually high. I became infamous at my high school for a Burn Book-style blog that lost its anonymity when I foolishly revealed myself as its creator to a boy I liked. My first salaried job was writing four articles a day for a catch-all millennial website with an anything-goes comments section. My first few weeks on the job saw me getting excoriated across social media for a particularly ill-considered take on slut-shaming in what we would now refer to as a proto-act of cancel culture, but which I profoundly deserved. And for years now, my life has been visible enough on places like YouTube and Instagram that my husband — who has never once created a Piece of Content (TM) in his blessed life — has been recognized in the streets of another country as being married to me.

In fact, the name I initially used to pen my first public article on the internet (Chelsea Fagan, my first and middle names, largely chosen to spare my family the shame of my writing as well as improve my SEO rankings) has become in many ways a more real version of myself than my actual, legal name. My oldest friends and family know me as Chelsea Hunt (yes, I am happy to doxx myself), but for all intents and purposes I consider myself Chelsea Fagan because I have spent so long being her. She is the writer of all of those articles and books and video scripts. She is the one who posts sometimes overly-curated photos of her living room and home-cooked meals on Instagram. She is the one who founded the company which has now come to define and (happily) dominate the majority of my waking hours for the past five years. Chelsea Fagan is a creation of the internet in some ways, but I have very much become Chelsea Fagan. And for what it’s worth, the more inextricable my digital and “real” selves feel to me, the happier I am. It seems exhausting and in some ways unhealthy to have to partition the two in order to maintain a “brand.” I have a brand — The Financial Diet — but I am the person who runs it, on and off the screen.

And I feel that over the years I’ve gotten a pretty good handle on how to use your digital life to your advantage without letting it take control. I scroll Twitter more than I think a person should, but I never engage in arguments there or waste hours going back-and-forth with bad actors. I have a reasonably curated Instagram presence, but it’s an accurate portrayal of my life and largely focuses on the things I’m genuinely proud of. Even having built a considerable portion of TFD’s success on YouTube, and being a somewhat-available personality on there, I’ve always managed to keep a healthy balance of what I do and do not reveal about myself without being too closed-off to our viewers. My life belongs to me in a way I feel contented with, but I use the internet as a tool to build the life and career I want.

Yet I am acutely aware that this distinction is not sufficient to creating something sustainable. While I am largely spared the most immediate dangers of being Way Too Online (i.e., suffering mentally because of my availability, being tormented by terrible anonymous trolls, having to share parts of myself with which I don’t feel comfortable), I am also running a business which employs a decent number of people, and depends among other things on my continued ability to be Extremely Online. And this concerns me most because, when it comes to people who have built digital brands and shaped themselves in the internet’s eye, there are very few examples of people aging gracefully.

I have mentioned before that I follow almost exclusively influencers over the age of 50, and have an entire curated Netflix category of movies about “older women rediscovering themselves and/or their sexuality in a sort of latter-day coming of age story.” (I return over and over to one called Bright Days Ahead, starring Fanny Ardant, which is a particularly delicious watch with a glass of red and a silky robe.) And I think that part of my obsession with this narrative about women being treated as full, agency-wielding, sensual human beings well into older age isn’t just because we are usually denied these stories as a gender, and implicitly taught to believe that we sort of begin dissolving after the age of 35. It is also because having lived so much on the internet, and having built a career on it, I worry that I, in particular, do not have many coherent roadmaps for aging in a way I would consider graceful (even at 30, I am already essentially a senior citizen by YouTube standards — by TikTok standards, I am a withered corpse).

There are examples of what not to do, of course. There are people whose digital presences overstay their welcome or relevancy, people who refuse to learn and grow, people who come under rightful fire for an ill-considered comment or choice and can only double down further into contrarian and defensive opinions. The path to not take is clear, and that is refusing to accept your age and your place in the cultural conversation. Refusing to know when to speak up, and when to pass the mic to someone else, or even to accept that you may not be in the room with the mic at all. The best way I’ve found to even attempt elder statesman status on the internet is to cultivate and help bring up as many voices as possible, to make yourself a curator and a mentor rather than a haunted social media ghost, looking dead-eyed into a DSLR as you muster up the courage to eke out a “don’t forget to like and subscribe!” for the ten-thousandth time.

And perhaps, for me, the biggest and most foundational question of all of this is to what extent I can deem the internet a reasonably healthy part of my life. What is too much, what is enough to be useful? At what point am I performing versus simply sharing? And at what point is even sharing itself too much of a violation? If we can decide the degree to which our digital selves are additive rather than definitive, we can start to work backward and plan ahead for a version of ourselves that will look that way. Maybe we don’t have to go cold-turkey on social media (almost always accompanied by some grandiose announcement that you’re taking a month off Twitter or whatever, thereby still soaking up that sweet, sweet internet validation). Maybe we can just start to curate a presence in which form follows function, and we are leaving a positive and enjoyable imprint without having to sacrifice any of our “real” selves. (It’s not a perfect litmus test, but one of my all-time favorite Instagrams, my beloved Italian architect who is always living her grey-haired best life and taking us along for the journey, has become something of a North Star for me. Her and Ina Garten, who has an almost comically lo-fi Instagram presence.)

We will all get older, and we will all find ourselves much less relevant than we were before, even if that relevancy slippage is not always as clear-cut as it might be under the harsh glare of the internet. We cannot hold onto being on the right side of culture or trends or chic as long as any of us would like to, and the minute-to-minute updating of the digital world only underscores how limited our time in that regard really is. But if we can think about it critically, decide our boundaries regularly and choose to abide by them, and be constantly willing to learn and update our software, I think we have a chance of growing old with some measure of grace, even on here. Maybe not Italian architect with Cruella De Vil grey streaks scooting around Milan on her Vespa wearing a neck scarf graceful, but graceful enough to try for.