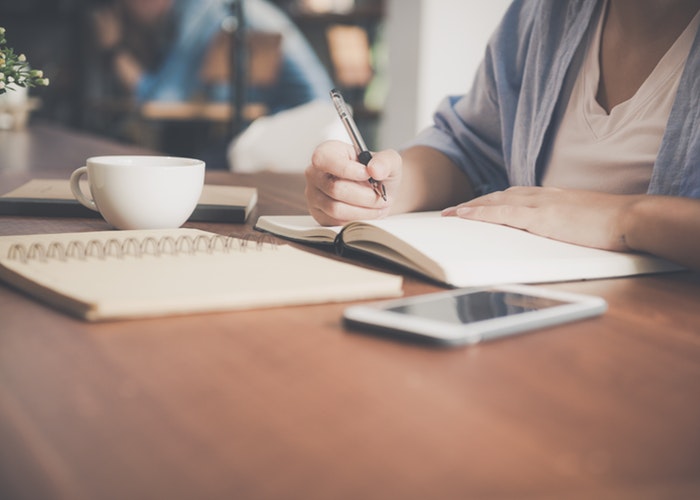 I’ve always had trouble voicing my opinions in large groups of people.

It’s not that I never had anything to say — I’m great in one-on-one conversations, but the stakes are different in the boardroom.  Speaking up in a big meeting has always required a level of courage that I’ve struggled to find. Although it was avoidable in school, the consequences of not speaking up in the workplace are much worse.  It can make someone seem disengaged or uninterested like they don’t have ideas to contribute, and ultimately like they’re worthy of a promotion or leadership position.

If you’re naturally shy or quiet like me, it can feel like your quiet nature is holding you back in your career. You might worry it relegates you to certain roles: the note taker, the researcher, the assistant — never the leader or manager. When I first started my career, it felt like I would always be limited to those roles. However, throughout the years, I’ve learned to gradually voice my opinions in the workplace and establish myself as a decision-maker.

I went from being the girl who was too shy to even read a paragraph in front of my 8th grade English class to being the woman who can speak up, chair, and even present at meetings. It didn’t happen overnight, but these were the strategies I used to balance my introvert personality with the need to voice my opinions.

I approach almost every new challenge the same way: I prepare for it as much as I possibly can. As silly as it might seem to think of speaking up in a meeting as a challenging task, it’s the only way I could ensure I would do it.

Before each meeting, I review the agenda and see which items are relevant to my line of work and search for places to voice my opinions and input. Taking an extra few minutes to prepare myself allowed me to speak up and took off the pressure off of trying to think of something on the spot.

2. Write down your thoughts.

My anxiety about speaking in front of large groups of people comes from a fear of saying something stupid or embarrassing. When I’m uncomfortable, my cheeks flush pink, and I’m terrified to say something unintelligent with people staring at me.

So before I speak up, I make sure my idea is fully thought out. To do this, I write down what I’m about to say. Many times something sounds good in my head, but there’s something about seeing it on paper that can make you reconsider. I usually take notes during a presentation and write down my comments to ensure it makes sense before I speak. It also serves as a visual reminder to speak up.

3. Use your voice to support others.

When I started my career, I wanted to be a part of the conversation, but I literally couldn’t think of anything intelligent to say. I was also quite new, so I didn’t want to waste everyone’s time by asking generic questions simply because I didn’t yet have the background knowledge. I learned to become a part of the conversation by supporting my colleague’s ideas and comments.

When faced with a meeting or situation where I felt I had nothing to contribute, I lent my support to others. For instance, I would say “I really liked Susan’s idea. I think it’s a process that will help streamline our work a lot so it lessens customer complaints,” or something along the lines of, “That’s a  great point, Shaun. I think we should [fill in the problem here].” Of course, these comments were only made when I genuinely meant it, but they made me comfortable with speaking up. Even though I wasn’t contributing a new idea, I was advocating for one that I genuinely felt would help the team as a whole. I’ve learned to use my voice for not only myself but also to help others so that the best ideas move forward.

When I first started speaking up at work, I was terrified of what people would think of me. I’m often in a room with people who are much more knowledgeable and experienced in the industry than I am, and it’s quite intimidating to share a new idea in the room. When I do, I try to phrase it in terms of responding to a team problem, instead of pushing my ideas above everyone else’s.

For example, I would say, “Alex and I were discussing X problem last week, and we think it would be a great idea to implement Y solution.” By framing an idea as a response to a discussion I had with other team members, it also encouraged their input and demonstrated leadership. I wasn’t just bringing up problems and ideas for myself, I was doing it on behalf of my colleagues.

Never underestimate the power of a good question. People sometimes feel like asking questions makes them look incompetent, but if it’s a good question, it makes you seem intelligent and thoughtful.

If you want to contribute to a meeting and don’t have a new or innovative idea to bring to the table, ask a question that’s specific to someone else’s idea– what does the execution look like? What challenges will be anticipated with this new project and what kind of response would management like to see? These types of questions make you seem thoughtful and also create clarity in a meeting. Sometimes meetings can seem like it’s one person lecturing to a big room, but a meeting is about engagement.

I recently presented at a meeting and while the presentation went well, one of my superiors pulled me aside to give me feedback (which I super appreciated). She told me my presentation was great, it was interesting to listen to and she could see that it was well researched and I had come prepared. However, she told me that the one-piece of feedback she would have for me is to be mindful of how I’m ending my sentences when I speak. It was obvious that I knew my stuff. However, when I spoke, I ended all of my sentences like a question. It gave people the impression that I was unsure of what I was saying.

I came across this same idea a few weeks later while reading the book, Never Split the Difference by former FBI hostage negotiator Chris Voss. In the book, Voss mentions that he would use a “late-night FM DJ voice” during negotiations, creating the impression that he was calm and in control, even when he wasn’t.

This advice is tricky for women because it vaguely feels like asking us to speak more like men, which we shouldn’t have to do in order to be taken seriously. On the other hand, some linguists argue that women are more likely to adopt “upspeak” in the first place because we’re socialized to be submissive.

When I looked into it, I found that ending sentences in a low tone has a psychological impact on your audience. We subconsciously attribute high tones with intimidation and a lack of certainty because it’s how we ask questions. It’s a personal preference, but when voicing your opinions at work, if you’re not confident in your idea, other people won’t be, either. These days, I’m a little more aware of how I end my sentences so that I communicate confidence rather than uncertainty in the workplace.

When you voice your opinion or idea and no one acknowledges it or takes action on it, it can be disheartening. In reality, most people are just busy. I’ve learned not to take work personally. Your colleagues may not be ignoring you, they may literally just have forgotten what you said in the meeting. The best way to voice your opinion at work is to follow up with your idea, either at the next meeting or individually with a colleague.

These were the stepping stones I took to find my voice at work, especially in meetings. Over time, I’ve gotten better at thinking on my feet. I’ve become more experienced in my field, so I now feel much more comfortable speaking up, but it took practice.

Our culture often favors extroverts — people who voice their opinion the loudest — but in a world with so much noise, news, and information, I’ve found that thoughtful opinions don’t have to go unnoticed. I’m definitely not the most vocal person at any meeting, but I’ve received comments from supervisors and professors that they always appreciate my thoughtfulness because I don’t speak for the sake of speaking. So if you’re the shy person in the office, don’t compare yourself or try to aim to be the most vocal person in a meeting room. That role is already taken. Using these techniques, I’ve learned to leverage and develop the skills to speak up on my own terms, instead of letting my shyness dictate my career growth.

I’d be lying if I said I’m finally at the place where I never get nervous speaking or presenting, but now, it’s much easier. Instead of a challenge, I take it as an opportunity to learn how I can use the skills I’m naturally good at — listening, researching, critical thinking — to my advantage.

Kimberly is the writer behind www.millenniallifeadmin.com. MLA is a career and personal finance blog helping millennials to develop personal growth habits to successfully make and manage their money. When she’s not writing, you can find her watching re-runs of Gilmore Girls or on Instagram @millenniallifeadmin.