How To Trick Yourself Into Enjoying The Little Things 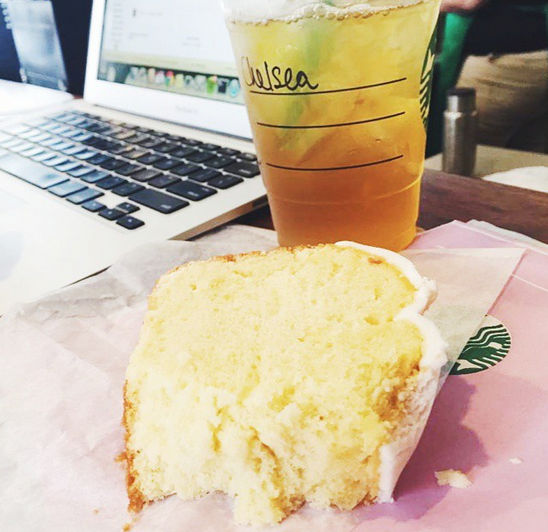 As I’ve talked about here before, I used to be really, really susceptible to impulse purchases. And like any addiction, I still succumb to them from time to time, though I’ve learned to manage and direct my instincts in a way I never have before. Writing and reading this blog is obviously a huge help — it makes me truly pause and consider purchases, even if the little devil on my shoulder still manages to overpower me into getting that shade of eyeshadow at Sephora I know I’ll never wear. (I’ve recently begun accumulating drug store lipsticks/stains because I justify to myself the fact that they’re less than ten dollars, so I’ve had to start avoiding drug stores altogether.) Overall, though, I’ve come a long way from the chaotic spending whirlpool I was in when I first started this blog last summer.

That said, it can be hard to find ways to replace or subvert the natural systems of ’emotion-reward-satiation’ that impulse purchases can set up in your head. Even when I was getting better at delaying my gratification and investing in fewer, higher-quality pieces over the past six months, I found myself missing that thrilling little high of walking into a store and picking something up because I could, often in response to an emotion (both negative and positive emotions were equally likely to spur on an episode). I had removed something from my life, this time in the form of impulse purchases, and it had left a void.

Interestingly, it wasn’t until I started my journey with health and weight loss that I really started making serious progress in not just treating the symptoms of my desire to spend, but their very psychological causes. Since starting my little journey two months ago, armed with Weight Watchers and a Fitbit, I’ve lost over twelve pounds, and am only eight away from my ultimate goal. I’ve gained enormous amounts of energy and have noticed my desire to mindlessly snack, or choose nutritionally-sad foods, has greatly decreased. I’ve found balance in nearly every way, and for the first time, I’ve felt control over the way my body feels and looks.

In tandem with that, naturally, I’ve been spending less on going out. I drink only once or twice per week now, and eat out at restaurants with equal infrequence. It’s just too calorically heavy and full of the wrong things, and besides, it’s way expensive. It’s become a treat to eat out or to enjoy a cocktail with my meal, and because of that, I appreciate it all the more. Through simply eating less (and more healthily), drinking a lot more water, and accepting that every fleeting moment of hunger doesn’t need to be satiated right away, I’ve managed to re-train my brain and view the treats I enjoy as just that — an occasional, fun thing. (Don’t get me wrong, I still enjoy the hell out of my food. I just balance it against my caloric budget.)

But that’s the thing, the way we balance our physical and our financial health is very similar, and re-learning certain things to understand that we were out of balance before — and that balance doesn’t look like what we think it does — is a huge key for both of them. Just like we have our daily budgets of calories, nutritional requirements, and energy spent, we have our daily budgets of income, savings, and spending money. We must use each wisely, and decide where we really want our rewards to come, and where they’re going to make the most difference.

The two worlds came together in a brilliant way yesterday when, after a bit of great news for TFD, Lauren and I found ourselves walking around downtown Manhattan looking for a place to grab a coffee and do some work before heading home. I suggested we walk over to the East Village where I knew of a bunch of calmer, less-crowded coffee shops, and on our way there, it dawned on me: I hadn’t had one of Starbucks’ DIVINE lemon loaf cakes in half a year. I’d cut them out primarily because they are heavy as hell and almost entirely made of sugar (and I’d usually rather spend those things elsewhere), and because I don’t generally frequent coffee shops much anymore for financial reasons. But I was in a celebratory mood, and nothing tempted my positive vibes (before the champagne hour, that is), quite like a bit of my beloved cake. We found a Starbucks, I grabbed my cake and an iced green tea, and savored the moment in every way.

It was delicious, just as I had remembered it, and totally free of regret, because I knew that it was a rare treat, not indicative of my overall spending or eating habits. One of my first steps to getting healthy physically was to free myself of associating guilt, or emotion in general, with my food. It’s just food, it’s literally just energy in the form of calories, and if I want to behave differently tomorrow it is well within my control to do so. But I never realized that separating emotion this way is exactly the same key for my financial balance. Because the spending on something as frivolous as a little tea and cake is not something I do often, I left feeling great and totally free of guilt.

We walked home to Williamsburg over the bridge (about 45 minutes, enough time to digest and discuss some things for the site), and stopped into a clothing store near my apartment. We looked around — I’ve been on the hunt for the perfect pair of high-waisted jean shorts

for several weeks now — and didn’t find anything, so we left. No need to get anything I didn’t need, despite minor salesgirl pressure, and came home ready to continue my search another day. I didn’t fall into a “spending spiral,” as I sometimes used to do calorically, as well, where I felt guilty and silly over spending unnecessary money and continued to do so because, fuck it, I messed up anyway.

By changing my perception of how I “should” spend, my brain was tricked into feeling deeply celebratory over a silly little coffee shop loaf cake. It genuinely gave me a thrill, and relieved me of any desire to repeat the “let’s be naughty” impulse buy for at least the next week or so. Because I thoroughly enjoyed the moment for what it was, and didn’t tie it up in any feelings of guilt or shame, I was able to simply appreciate the joys of waiting for something, and making it all the more special when you finally do indulge.

When I buy my shorts, too, it will be the result of a committed effort to look for the right thing and not feel obligated to buy the first thing that is convenient, and appears in front of me when I’m in a spendy mood. I’ll be using my budget where I really want to, and making the most of the purchase, instead of resolving to spend some money and just doing it on whatever is nearest. And the occasional impulse purchase will be just that: something I save up for as a treat and indulge in when the moment is right, and I’m clear of mind. It won’t be about emotion, because it’s just numbers. And though it took me years to learn this and allow it to bring me peace and confidence — both with my body and my bank account — numbers are very much in my control.