I Have Six Figures In Student Debt, And My Husband Loves Me Anyway 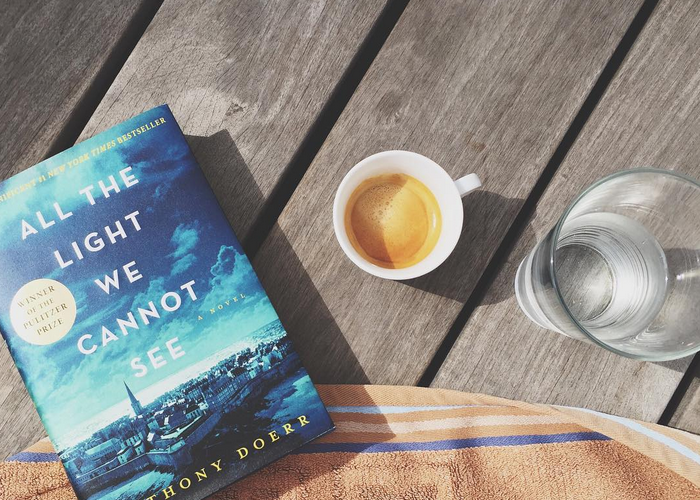 Yesterday, I came across an article on TFD called “Why I Wouldn’t Marry Someone With Student Loan Debt.” As someone who is currently living with significant student loan debt — roughly $112,000, as of my most recent statements — the title alone struck a huge nerve with me. It sent a shiver down my spine, both from embarrassment at being reminded of my heavy financial burden, and from guilt towards my spouse, because I am one of those people who is married to someone with essentially no debt.

I know, rationally, that feeling guilty about my husband and his decision to marry me “despite” my debt is silly. My husband is extremely supportive, and he chose to propose to me totally of his own will, knowing full well the details of my financial situation. But many people in the comments of the article who were, to some degree, defending those of us with heavy loans, kept mentioning people whose debt led them to great professions, like doctors and lawyers. I admit that part of my guilt (and shame) around my bringing such a burden to the marriage is because I didn’t major in the “right” things. I have an undergraduate and graduate degree in International Relations, and though I have a job in my field, it doesn’t pay anything near a doctor or lawyer’s salary.

And unlike some of the stories the commenters were mentioning, I didn’t come from great economic depravation, where debt was my only choice for a better life. I come from a middle-class background with several siblings, and my parents would have preferred I go to a big state school where I got a good scholarship. I chose to go to my pricey private school because it had a top-ranked program in my field, and it seemed like the most likely way I would ever fulfill my dream of working in diplomacy. I did not accrue debt “the right way,” or “for the right reasons,” and that itself brings a lot of guilt.

But the truth, and the reason the author hit such a nerve with her piece, is that people with any kind of student debt feel a lot of insecurity over it when it comes to marriage. She mentions specifically that she wouldn’t break up with someone because of heavy debt, but she wouldn’t marry them, either, because she wouldn’t feel comfortable sharing that burden. This is a fear that many, many of us live with when we carry heavy debts, and it’s certainly something that I thought might prevent my now-husband from ever putting a ring on it. You might say that for a modern woman, marriage isn’t an absolute necessity to be in a lifelong relationship with someone, but I wanted that commitment, and I wanted a marriage.

Sharing my debt with my husband, who made more conservative choices with his education and now lives essentially debt-free, was one of the hardest things I ever did in my relationship, or in any relationship. There was honestly a part of me that thought it would be a dealbreaker, and the moment he reassured me that it was not a problem, it was one of the biggest senses of relief I’d ever felt. When he proposed to me, he specifically mentioned (not while holding the ring on his knee, but soon after) that he planned on helping me pay my debt faster, so that we could really start our lives together, financially.

I totally understand the author’s concerns about significant debt preventing things like having kids or owning property right away, and I would be lying if I said it didn’t have some truth to it. My husband and I know that kids are not a reality right now, and it will be a while before we’ve saved up a down payment for an apartment. But we’re only 27, and have only been married a few months, so it probably wouldn’t have been on the agenda anyway. But the nearly-$1,000 we pay monthly in debt repayments is definitely a big concern when it comes to financial planning for the future, and we had to forgo things like wedding gifts or a big ceremony to put a big chunk of money towards the principal. (We are planning to have a small dinner party with friends when we put the money down — we’re still waiting on a few checks from relatives before we empty the account, and it’s just enough to take me under the six-figure mark, which is huge.)

My husband’s life would be very different, financially, if he weren’t married to me, and I admit that sometimes I feel guilty (like when I read the article). I think that he deserves someone he could start fresh with, and I wish I could be that person. I wish I didn’t make the choices I did, because they are not just a burden on me, but a burden on him, and on who we are as a couple. But what’s done is done, and he loves me for who I am. For better or worse, he has chosen me, and we are doing everything in our power to manage the debt, instead of it running our lives. It’s one facet of our lives together, and though it’s not ideal, it’s something that we can live with, and which makes us stronger. Despite the article’s assumption that people with heavy debt are bad at money, I can attest to the contrary, in the sense that my husband and I have had to be very savvy, and make very pragmatic financial choices, in a way many people in our generation haven’t needed to. I’m not saying this makes us better, it just means that my dumb financial decisions as a student don’t mean I’m doomed to a life of bad finances.

All of us with big debts need to remember that they do not define us, and that it isn’t something we have to see as a strike against our character. We were taught, as a generation, that it was our ticket to the future of our dreams, and we are paying for that lie. In some ways we are at fault, and in some ways the system is at fault, but all we can do is move forward. My husband loves me, and my debt doesn’t even enter his mind when he thinks of who I am as a person. As long as you take responsibility for what you owe and do your sincere best to manage it — instead of making it a burden on someone else — I am confident that marriage can be in your future, if you want it. It was for me, and I honestly used to think I was “unmarriable” because of a number on a piece of paper. But I was wrong, and I’m so glad I’ve learned that there is truly life after debt.

Anna C. lives in DC and works in public policy. She dreams of one day getting a dog, or an apartment big enough to keep one in.