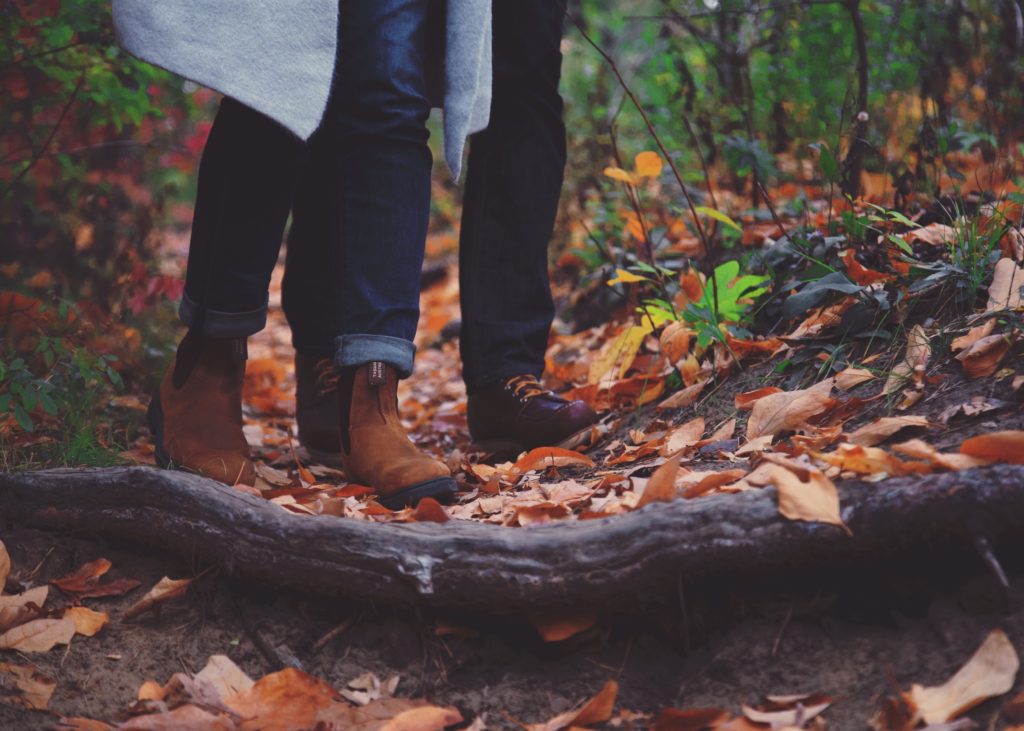 I think it’s safe to say I’m a serial monogamist. Since the age of 16, I haven’t gone a few months without finding myself completely smitten.

I’ve also always made my intentions clear to each suitor: “I want a relationship. Dating aimlessly is not for me.” Some would run away screaming (arms flailing in the air) at the very thought of a commitment, while others were all on board. Those willing to commit thought it was attractive that I was blunt and specific about what I wanted early on in the “talking” phase. Once I locked in on a potential beau, we would do all the dating things: go out to eat at a fun restaurant, walk to the park, grab ice cream, catch a movie, and so on.

In the beginning, my date would usually pick up the bill for all of our courtship activities. But, as we crossed into real “boyfriend-girlfriend” territory, we would start to split it — or, after much convincing, I would take the bill all together.

The relationship that made me change my ways

A few years ago, I started dating this guy. He was awesome. He was in graduate school with a promising career ahead of him, held my same life values, and was just overall a genuine person. However, our financial goals and priorities were on completely opposite ends of the spectrum. I was a natural saver, always with a few thousand dollars in my savings account and wary of the idea of any type of loan. He, on the other hand, spent money frivolously with no savings in sight, picking up driving for a rideshare service when his account got too low.

When I’d start to see he was driving more frequently, I would just ask him, “Do you need money? You know I can help you.” I’m always all in when I am with a significant other. At the time, I saw no difference between a marriage and our relationship. After all, this was who I was going to marry anyway, right? What’s yours is mine and what’s mine is yours, so what’s the issue?

On one occasion, after a lot of back and forth, he took the money out of desperation — rent was due soon. He was exhausted from graduate school and driving when he wasn’t studying, and he didn’t have the courage to ask his parents for the money…again. So I sent him $800. His tax refund check was due back soon, and he promised to pay me back with interest. When I found out more about his bad money habits, instead of teaching him and myself about finances, I started picking up the bill more often. I wanted to show him that I would always be down for him, I would always be in his corner, and that I would always help him in a time of need.

Our relationship lasted three years, and we eventually went our separate ways. He didn’t want to be tied down any longer, and even though he knew from day one the commitment I required, he wanted me to wait around for him while he “figured it out.” That was two and a half years ago. He still calls, texts, emails, and social media stalks. He doesn’t want anything, except to make a point to be on my mind every now and then so I will welcome him with open arms after he’s done messing around and playing the field (ladies…I’m telling you, run, fast).

Now, this story has a decent ending. I sort of wish it didn’t, so it could drive my point home even more, but the truth is, I was paid back with interest. Even so, after this failed relationship, I learned my do’s and don’ts when it comes to money and love.

1. Pay their rent, even if they promise to pay it back

I’ve learned over the last few years to never loan money to someone if you need the money back. And at the time I gave him the $800, I needed it back for sure. Imagine if I never got it back? If you’re giving someone money, act like it’s gone forever. This way, if the money doesn’t come back to you, you won’t go without.

2. Think you’re married when you’re not

What’s yours is yours and what’s theirs is theirs. Being deeply in love shouldn’t blind you from the reality that you shouldn’t show your ride-or-die-perfect-girlfriend-of-the-year superhero cape by paying for the expenses they can’t afford due to their own horrible spending habits.

3. Be an enabler and call it love

In the two and a half years since my breakup, I have read books on financial independence, listened to financial podcasts, and watched an endless stream of YouTube videos about how to get better with my money. After much self-reflection, I was mortified to realize my down-for-whatever mentality in my relationship was hindering my partner from ever learning on his own. I was always there as the backup plan for his money issues.

Let’s be honest: having the other person pay every single time can be a lot. If money is tight, find some less expensive or free things to do. Staying in and cooking at home can always be an easy fix.

A good idea to see if your relationship will stand the test of time is to get on the same page about money. Share ideas with each other, read the same books/articles, and talk about your financial goals and aspirations. If you partner is up to their ears in credit card and student loan debt, don’t run for the hills just yet. Talk to them about personal finances and guide them to take ownership of their money. Some people were just never taught how to do it, and that’s okay. It’s what is done about it moving forward that is the true test.

Always have your own — your own money and your own life outside of the relationship. Marriage may be a different story, but I’m speaking from a single, 28-year-old perspective with plenty of failed relationships under my belt. It’s incumbent upon you to be the captain of your own ship and to always put that first. Your partner should do the same.

Aaron has a YouTube channel (TeAmoAaron) all about personal finance, beauty, and lifestyle. When she’s not shooting or editing videos, she is working her day job at Georgia Institute of Technology as a Student Affairs Professional. Fun fact: Aaron has turned from non-reader to book worm over the last several months. Her latest reads are “More Than Enough” by Elaine Welteroth, “You Are A Bad Ass” by Jen Sincero and “The Universe Has Your Back” by Gabby Bernstein.