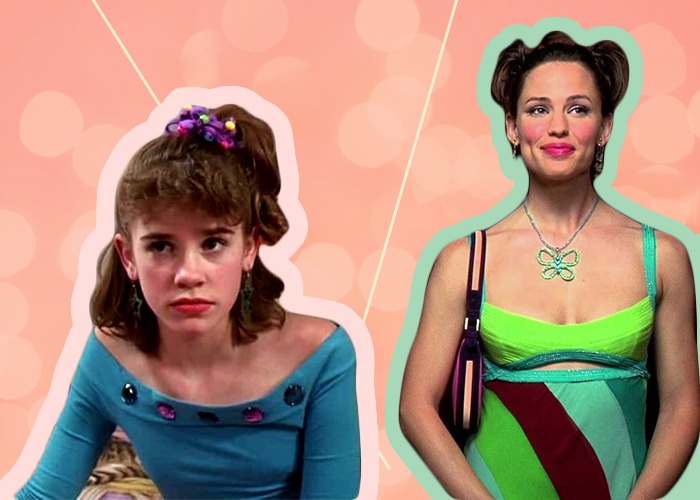 At the beginning of the movie The Wedding Planner, there’s a scene in which a wedding guest points out Jennifer Lopez’s character as yet another of her perfectly planned ceremonies goes off without a hitch. Another person sighs and says, “She must lead such a romantic life.” Cut to: JLo heating up a TV dinner for one in her tidy apartment, which she proceeds to eat on her couch watching Antiques Roadshow before fastidiously vacuuming her curtains and going to bed alone. I personally never had the kind of job (or really the life) that anyone would assume to be incredibly romantic, but there was a time when my evenings mirrored that of fictional wedding planner Mary Fiore, and I need to say that it was not just lonely. It was frustrating.

The standard dating advice touted in my twenties by self-help books like He’s Just Not That Into You, plotlines on Sex and the City, and experts on Dr. Phil (I know, I know, it was the early aughts, leave me alone) followed a very singular hypothesis: once all the pieces of your own life were in place, it was merely a matter of time before you’d find your partner. Once you became this vibrant, self-sufficient person who didn’t need someone to feel complete, confidence would just ooze from your pores, drawing people to you everywhere you went. The coffee shop. The bar you frequent with your friends. The gym. Accidentally bumping into someone on the sidewalk and spilling your iced coffee all over their pants just to find out they think clumsiness is adorable and they were about to throw those pants out, anyway.

Except this was not at all how I felt, and not at all what happened. Six months after my college graduation, I landed a steady job in finance and sales which led to me moving into my first apartment (without any roommates!) shortly thereafter. Spending several years there allowed me to work my way up to sufficiently pay down my college loans each month, while also preventing me from taking on any credit card debt or needing any help from my parents. I moved into increasingly nicer apartments as my pay increased and was able to pay my rent and bills on time. My company paid for my health insurance, and I had $10 co-pays at the most. I even had a financial cushion for that horrible time my car got two flat tires and the warranty only covered one for some reason.

I won’t deny those dating experts were right that there is definitely a confidence that comes from having enough money to take care of your responsibilities and enjoy yourself on top of it. To be able to treat yourself, after the obligatory monthly expenditures, to some nice dinners or buy some new boots and not worry that it will end in paying minimums on a credit card bill with a 29.95% interest rate that will ruin you for the next 5-10 years. That lack of stress was supposedly a key element in the unmistakable message you needed to send to suitors: that you could take care of yourself but, at the same time, exuded an irresistible “come be a part of my life” invitation. And yet, instead, I ended up on dates with guys who lied about having girlfriends (or being married!). Or guys who were perfectly nice, but with whom I had no chemistry or compatibility. Or often no dates at all. I felt emotionally empty even while I took great pleasure in my nice apartment, the kind of shopping excursions I had envied my wealthy college roommates having not so long ago, and building my career into what felt like a strong, successful path. But I also wanted love. And I had instilled myself with the belief that not needing someone’s help to pay my bills meant that I was entitled to the purest kind of relationship because it wouldn’t be predicated on needing financial support.

But then the economy imploded, and I lost my job.

As my living situation drastically changed from a beautiful, well-appointed apartment, to moving back home with my family, to subletting various places, to crashing with friends and apartment-sitting for friends abroad for months at a time, my savings accounts dwindled. Then became non-existent. My credit card debt mounted. I tasted financial stress from the moment I woke up in the morning to the minute I went to sleep. I never stopped thinking about how I could possibly alleviate some of the burden, and I often felt sick to my stomach from anxiety. I had stumbled headlong into freelance work, and it was a seesaw of steady stretches — and some very financially insecure ones.

Throughout all of this tumultuousness? I fell in love. Repeatedly. Maybe it was because instead of hitting my stride of professional success, I was now floundering and having to start all over. And that meant acknowledging and embracing my vulnerability. My “oh shit I don’t know what’s going to happen next” mindset was real and in a way forced me to grow and know myself in a way that I hadn’t in my twenties. And that self-awareness I now possessed seemed to attract people to me.

This isn’t to say that a struggle is necessary to find love. (I hate the romanticized “starving artist” philosophy.) I just think trying to survive and figure things out felt so awful at the time, that when the possibility of love came along, it felt so positive and fulfilling I just ran with it even as it flew in the face of everything I used to believe. If I still had the financial situation of my past job, I would have been the pinnacle of “thirty, flirty and thriving.” But instead, I was just embracing the first two parts. My circumstances didn’t matter. There was no “purest kind of relationship” — just relationships at different stages of my life.

In the beginning, there was the guy I fell hard for almost instantly because our chemistry was so strong it actually survived me living at my parents’ house for a while. (And we did meet bumping into each other on a sidewalk.) A couple of years later, when it amicably ended, he wrote me one of the best love letters of my life saying that he would always love me and consider me one of the most important people in the world to him. The lovefest of my thirties continued with a guy I met via Twitter, and a guy I met at work. All while I struggled to pay my bills, live in a place I could truly decorate as my own, and transferred balances to low-interest credit cards, panicking that I was no longer that ideal partner I once was. That self-sufficient person who could have entered into a relationship without the embarrassment of having done a focus group the week before just to get the $175 gift card to finally pay for a prescription sitting at the pharmacy for over a week.

I would have given anything to be able to invite these guys over to the lovely apartment I was once so proud of. But I realized that the biggest fallacy of all that dating advice was the erroneous notion that you’re not capable of finding a real and lasting relationship if you haven’t done so professionally. Because especially now in a gig economy, some of us may never have a true sense of stability, and that reality is stressful enough. But I am still capable of being a solid partner amid the havoc that financial insecurity wreaks. I just may occasionally need to use the birthday gift card he gets me to pay for my Zanaflex. Which honestly might make our love even stronger.

Danielle Sepulveres is a NY based freelance writer contributing to The Washington Post, Esquire, InStyle, and various other outlets. Follow her on Twitter @ellesep if you like random streams of consciousness that include baseball, movies, and sandwiches.