Improve Your Life By Eliminating These 4 People From It 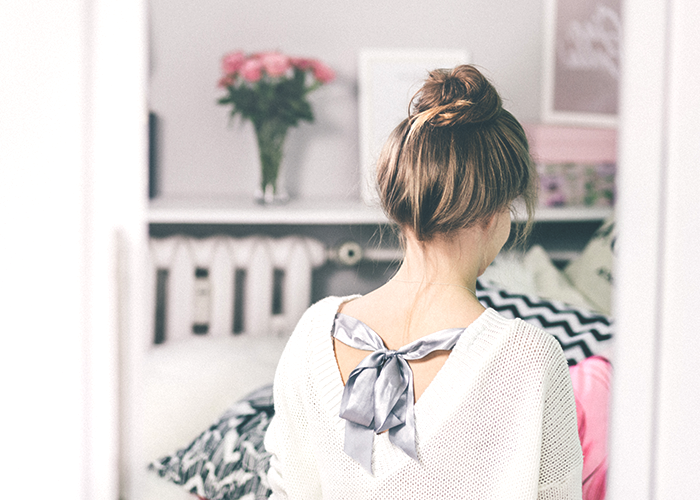 I’ve never been the “I hate people

” person. It is really ~cool~ these days to fly solo and complain on Twitter about how you have no friends, but I’ve pretty much always had at least some friends, and the few times I didn’t, I was dying to make new ones. I love having friends — it is just a matter of having the right friends for you, personally.

At this point, I have a few friends that I respect as friends, but rarely see or even speak to due to life circumstances, a boyfriend who also serves as a roommate and wonderful friend, and my best friend Maggie, without whom my life would be entirely empty. I’ve had a few different types of friendships in my life leading up to this comfortable group of confidantes, ranging from huge squads of delinquent college boys to small groups of wealthy Fairfield County girls who had genuinely nothing in common with me. I made friends in classes who were good company during a Monday morning 8 AM Art History course, but proved to be generally unsuitable companions outside of the classroom. I’ve had friends who I met through past boyfriends, who felt close to me at the time, but I obviously parted with them post-breakup. Going through a bunch of different types of friendships and relationships, and eventually settling on a few that actually work, helped me to figure out exactly the type of people I don’t need to be friends with, and exactly how much my situation has improved since I’ve begun living a life with these types of people eliminated from it.

We’ve discussed at length the concept of self-care

versus selfishness here on TFD, and it is important to make the distinction between a friend who cancels plans for legitimate reasons, and a friend who cancels plans because they believe that their “self-care” is consistently more valuable than your time. It is one thing to fall ill or have a particularly bad day and cancel plans because you need to sleep it off once in a while, but if you have a friend who is constantly canceling on you last minute because she’s so stressed she just needs to Netflix-and-chill alone, you need to start thinking about whether or not this friend has any respect for you.

I had one friend who I truly loved spending time with when I could actually get ahold of her, but there was always something that she deemed more important than our plan. I was busy, too, but I always found a way to make time for our plans, and actually would have kept them each time if she had shown the same courtesy. Lovely as she was, there comes a point when you realize that your friend is making an active choice every time she chooses something else over you. Your time is valuable, too, and if your friend is too selfish to see that their carelessness hurts you, then maybe they aren’t quite worthy of being your friend.

The person who posts to their Instagram story every eight seconds about how much fun they are having might not be the one you want to keep. Why? Friends who are in it for the glory are more than likely to be the ones who will ditch you when a more Instagram-worthy plan comes along, and the ones who might go against core beliefs if they think it might gain them a few likes. Attention-hungry people aren’t the healthiest or happiest of the bunch, and you might find yourself feeling a lot less anxious when your life is filled with people who are a little more secure, and not needing to flaunt their every move.

I’ve been friends with people before who always seemed like they were trying to prove something, and it made me feel like I needed to try harder, too. But the truth is, when you turn off Snapchat and put down the phone, people aren’t thinking about what you’re doing or how cool your life is — and that is a really freeing feeling. A great financial bonus is that you’ll probably be surprised at all the money you save when you eliminate people from your life who like to show off their flashy lives. If you are paying big bucks to keep up with friends who make you feel like splurging on flashy nights out is a necessary function of friendship, that friendship might really not be worth it.

3. The one who you’ve known forever, but low-key hate.

I realized a really important thing early in college: Just because you’ve always been friends with someone doesn’t mean that you need to continue to be. You might have moment of clarity where you realize they have qualities that you straight up hate. You might learn something new about the world, and realize you don’t morally align at all as friends. You might just grow apart, take different paths, find new interests, and continue forcing a dead friendship just because you’re used to it always being there.

I’ve had friends who seemed great when I was being a goofy kid in high school, but then I came online a little bit more as an adult human, I realized they were actually pretty shitty people. There is an infamous story of an old, lifelong friend of mine posting something incredibly sexist on Facebook, and me thinking, Wow, sometimes I wonder why we drifted apart as friends, but now I know it is because I think you’re a truly terrible person. Goodbye, formally. We haven’t spoken since. Which sort of leads into my next point:

4. The one you get into political fights with.

Them: “Are you really going to let politics ruin your friendship?”

Me, every single time: “Yeah.”

People think it is a cute idea to separate politics from relationships, a concept that literally makes no sense. People are their politics. Where people align politically has everything to do with their most fundamental beliefs, and who they are at their very core. If you and someone you are friends with do not align morally on a fundamental level, you probably have no business being friends with them. Think about people you know in your life who you are not friends with. Why are you not friends with them? Probably because you don’t have things in common, and therefore have nothing to talk about or bond over. If you have a few superficial things but have no core human beliefs in common, your bonding is hardly worth it. Let that person go. They’ll find another friend, and so will you.