The Kind Of “Pretty” That Actually Helps You At The Office 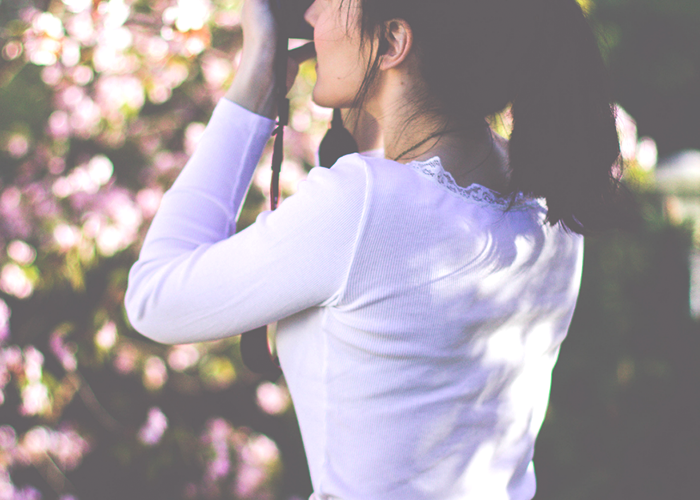 When it comes to being “put-together,” I find myself between two warring desires which I imagine are pretty universal: the desire to look sharp, and the desire to not look like I’m trying too hard. Often the very essence of what we perceive as chic comes down not so much to the actual style of the clothes you’re wearing, but rather the perfect balance between “well-groomed” and “effortless

Your hair should be perfectly-coiffed, but in a way that looks like you happened to wake up looking like that. Your makeup should be subtle, yet enhance every part of your face. Your outfit should be tailored, but never look stuffy. It’s a balancing act that can feel un-winnable (at least, for the average person, because we all know on some level that the true key to this kind of style is having a lot of money to spend on your appearance). But we all keep trying, to varying degrees, and often that struggle to present yourself in the perfect way is never stronger than at work.

Particularly for women, the importance of looking “put-together” can be overwhelming, particularly if you’re in a client-facing or high-level position. As women, part of our job description can often be “coming in with a fresh face of light makeup, and well-styled hair,” which tacks on at least 30-or-so minutes to our morning routine that men simply don’t have to deal with. (And that isn’t even accounting for the cost of those things, which for many of us can be downright extreme.) For us, the idea of going into an important meeting bare-faced can be terrifying, not because we are particularly unhappy with how we look, but because we know that simply walking around with the skin and hair we woke up with can come across as “sloppy” or “unprofessional.” Our very natural state is something to be changed and improved upon to simply do our jobs, and that goes doubly for women of color who don’t meet a narrow standard of presentation based on very Anglo ideals.

But it turns out that all of this worry about our appearance is not in our heads, and more than just attractiveness — which has a bearing on the job, but also has a bearing in pretty much every element of being alive — grooming has a substantial impact on a woman’s earnings and career trajectory. A new study on the subject, from Jaclyn Wong of the University of Chicago and Andrew Penner from the University of California at Irvine, shows that it is indeed the curation of our appearance that has the most direct impact on how we are compensated. From a recent article in the Washington Post about this very study:

In other words, the study suggests that grooming is important for both men and women in the workplace, but particularly for women. Changes in grooming have a substantial effect on whether women are perceived as attractive, and their salaries. In fact, as the charts below show, less attractive but more well-groomed women earned significantly more, on average, than attractive or very attractive women who weren’t considered well-groomed. (The research doesn’t say how much of these extra earnings were then blown at Bluemercury or Sephora.)”

Now, again, we know that there are upper limits to this, even if they are defined differently at different workplaces. But we know, as women, that there is a point at which our presentation errs to far into the “trying too hard” category, and we begin to lose (or even reverse) those positive effects. We never want to come off as fussy or vain, particularly at the workplace, because we know how much those traits play into negative stereotypes that women are already combatting in order to fight for equal pay and equal chances to grow within the company.

In some ways, it’s almost heartening to know that it’s less how purely hot we are, and more how perfectly-coiffed we are, that will dictate our appearance-based successes. It at least means that there is more of it under our control than perhaps previously thought, and that there is more nuance (and room for control over our image) than if it were based on our physical appearance alone. Sure, it’s still an objectively unfair standard that impacts women more (and expects us to continue carrying on that aforementioned balancing act), but it’s something we can work on, if we are willing to pay for it. And that brings us to the ultimate question of being a woman in the world, but especially in the workplace: How much do we want to play the game? It’s up to us to buy in or out for each of these concessions and adaptations, and it’s up to us to decide what losses will be worth the gain in our personal happiness. If you are the kind of person to whom regular blowouts or even foundation feel excessive and unwanted, you can opt out. But to your detriment.

The study contains a lot more interesting (and sometimes heartening) info about how appearance impacts us all, and the shades of grey within how appearance is even defined, for both men and women. I encourage you to read through the whole thing because, even if we don’t want to play into the systems, it’s only in our favor to know how they actually work.